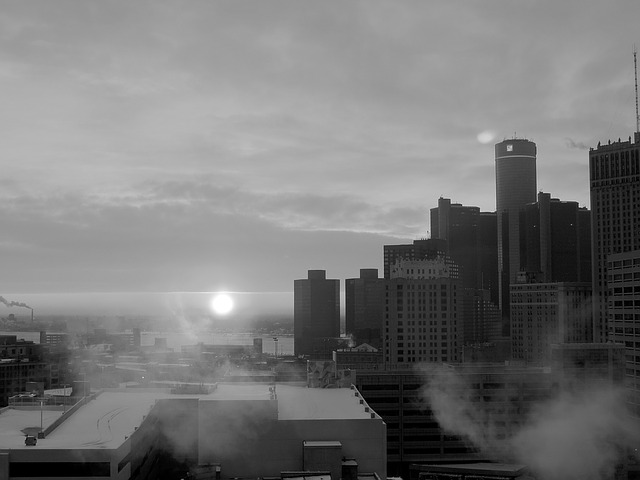 Wednesday, July 18 marked the five-year anniversary of the bankruptcy of Detroit, the largest municipal bankruptcy in the history of this country. There is no doubt that many changes have occurred in the city since the bankruptcy proceedings began. But depending on who you talk to, this monumental event has two divergent viewpoints.

For some, it was the greatest event that could have happened, as it saved the city from the brink of financial disaster and ushered in a fresh monetary slate for new development and a brighter future.

The day of the anniversary itself, several news stories were published, reporting many of the good that has risen from the clean bill of financial health resulting from the bankruptcy. Among such was the flourishing development in downtown. There were also quotes from the main players of the bankruptcy and leaders of the comeback, touting the economic accomplishments and financial well-being of the city.

The view from some of the leaders was mostly jubilant indicating that Detroit has nowhere to go but up, and seemingly oblivious to the serious challenges facing the city in post-bankruptcy.

However, these industry captains and high-level government officials have economic security. They do not have to worry about how to send their children to college or make the decision between paying rent or going to see a doctor when they are sick.

The same cannot be said for the counterview point that is largely ignored by the media. And that is the fate of Detroit’s retirees who took a financial hit during the bankruptcy where their pensions were slashed for the city to emerge victorious. For most of them the bankruptcy was the darkest day in the history of the city and forever changed the course of their lives to the depths of economic despair.

As quiet as it’s kept, the story of the bankruptcy is not one sided. Aside from downtown developers and city leaders, there are the stories of real life and often long-time residents who have not left the city and in spite of the bankruptcy, continue to survive. They have the battle wounds of poverty to prove it.

For every success attributed to the bankruptcy, there is a multitude of suffering to go along with it. Many retirees find themselves in dire poverty, with deep cuts to their savings and health care benefits. Stories of losses of $700 a month and high health care deductibles leading to forfeiture of health care services are not rare. For many, they are the norm.

The sad truth is there is a mindset that exists that is quick to blame poor people for their own condition, claiming that they are lazy, uneducated, and don’t want to work. As a result the poverty they face is self-inflicted.

But that is not true. It is simply propaganda.

These loyal retired Detroiters and employees of the city worked for Detroit for decades, often 30 years and more, wisely stashing a portion of their earnings in a pension fund, a hallmark of good job and smart retirement savings. Additionally, they have a wide range of occupational and educational experience, from janitors to supervisors, and from high school diplomas to master’s degrees.

The fact that they are now living in poverty cannot be attributed to the falsehood of laziness and lack of education. In this case, as in many others, it is a man-made condition. And also in this case, it is a situation which man must rectify as well.

Anniversaries are often a time for reflection, of the good and bad that have occurred in years past. This particular anniversary, however, is not an occasion to remember just for a day. It is not simply a commemoration of five years. It is an issue of poverty that must remain at the forefront until the people who have suffered most are finally made whole by reaping the benefits that exist as a result of their sacrifice.

Leave a Reply to Angelia B Wilson Cancel reply