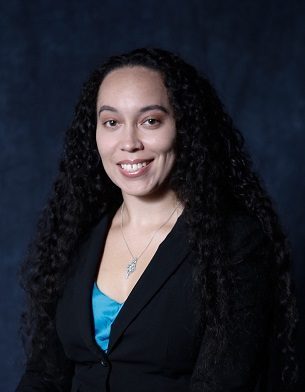 “The right to literacy is not a novel idea or suspicious ambition to implement with caution. It is a social good, a globally accepted human right, and quite honestly, just plain common sense. Therefore, literacy and the access thereof must firmly be established as a fundamental right in the United States of America,” according to The PuLSE Institute, in an amicus brief filed today with the U.S. Sixth Court of Appeals in support of Detroit’s kids’ right to literacy.

The right to literacy case was brought against the State of Michigan, including Governor Rick Snyder, by Detroit school children who argued that lack of resources and dilapidated school conditions under decades of state control violated their due process rights and the guarantee of equal protection under the law. The case, originally filed in 2016, was dismissed in favor of the State in July 2018 by US District Court Judge Stephen Murphy in Detroit.

The brief filed, by the Institute’s president and director of research, Attorney Tina Patterson, and prepared by The Douglass Project, the Institute’s premiere research vessel addressing issues of race, equity, democracy and poverty, makes the case that the right to literacy is a fundamental right protected by the United States Constitution.

The Douglass Project of The PuLSE Institute is named after the renowned 19th century author, orator, and abolitionist Frederick Douglass, who was an ardent proponent of literacy, fueled by his experience as a former slave who taught himself to read and write. Recognizing the power of literacy, Douglass powerfully noted, “To deny education to any people is one of the greatest crimes against human nature. It is easy to deny them the means of freedom and the rightful pursuit of happiness and to defeat the very end of their being.”

With education axiomatically considered a tool to combat poverty, and as the anti-poverty institute located in Detroit, The PuLSE Institute strongly supports the right to access to literacy for Detroit’s children and proudly filed the amicus brief upon request, arguing that literacy is a global human right recognized around the world and a legislative tool to combat poverty.

Additionally, The Institute argued that denial of literacy has long been used as a tool of oppression for African Americans in this country, which must not be ignored in the current context of this case.

“One must never forget that slavery was a legal institution. The cruel irony is that over 200 years after the abolition of slavery and its inherent denial of access to literacy, African American school children must now seek court approval for the express right to access the literacy that has long been denied to them, yet never refused to their white counterparts,” the brief noted.

The case is now pending in the United States Sixth Circuit Court of Appeals in Cincinnati, Ohio.