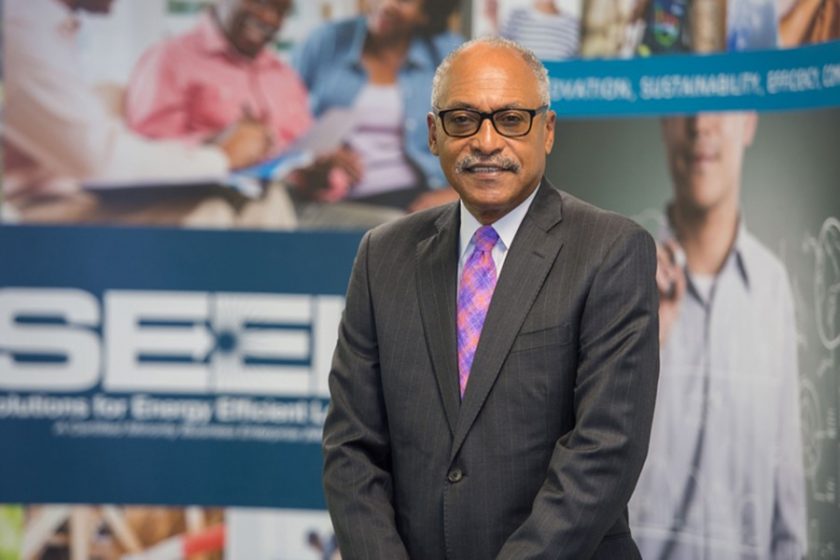 DETROIT, MI, USA Feb. 6, 2019— The Institute for Public Leadership and Social Equity, The PuLSE Institute, a Detroit-based non-partisan and independent think tank devoted to fighting poverty in the city, received a donation last month to support the multifaceted work of the Institute.

Louis E. James, president and CEO of SEEL, an energy efficiency program management company,  considered the largest minority owned energy efficiency entity in the nation, made a  financial contribution to the Institute January 16, and prefers the amount not be disclosed.  A prolific entrepreneur, James has successfully operated various companies for more than three decades, the majority of which have been in the automotive industry. One of his most successful ventures, MCL JASCO, Inc., provides a diverse range of supply chain management and logistics services.

Louis expressed deep admiration for the work of The PuLSE Institute and sees it as an important platform and organ, that can push for equitable solutions regarding poverty and inequality in Detroit. He said the arrival of the Institute could not be more timely as the city, region and nation engage in debate about the true meaning of economic justice.

“The issues of poverty and economic equality cannot be ignored in our country, or our city.  While the resurgence of Detroit continues and signs of prosperity – for some – begin to emerge, it is important that we seek to provide real opportunities for everyone by exploring the underlying root causes of poverty in our city,” James said. “Organizations like The PuLSE Institute are vital to the advancement of this discussion.”

Launched in July of last year, The PuLSE Institute, which has become an independent platform that highlights the issues of inequities, was inspired by the writings of prominent journalist and author Bankole Thompson, whose work has elevated the discourse around poverty and inequality in Detroit, and represents an urgent call for difference-making action. Thompson, has been an influential voice on the question of economic inequality through his insightful, impactful and impassioned Detroit News columns and community forums that drive conversations toward equitable solutions to the issues.

The Institute’s president and director of research, Tina M. Patterson, an attorney and Detroit native said the latest contribution from James underscores the fact that no one should sit on the sidelines in the battle for economic opportunities for disenfranchises communities.

“The work of The PuLSE Institute is quickly being recognized throughout the region. That is why our work has attracted the generous support of a notable African American businessman like Mr. Louis James,” Patterson said. “We are glad that Mr. James believes in the mission and vision of our organization by affirming our work with his contribution. It should not be lost on any of us that poverty is the necessary and critical issue of our time.”

“Experience tells me the fight against immersive poverty is a heart thing, a conscience thing,” Eze said. “Those who wage or support it do so out of sincere conviction and stirring compassion. Thus, with the recent support of Louis E. James to The PuLSE Institute in its discerning anti-poverty initiatives, he is proving to be a business leader with conscience and a community leader of note.”

Last October, the Institute announced a goundbreaking initiative called Business Leaders Against Poverty (https://thepulseinstitute.org/business-leaders-initiative/), which brings together select CEOs and industry captains in Detroit committed to championing poverty alleviation and social inclusion. It is the first of its kind in Detroit, where many are beset by poverty.

The Institute is organizing a CEO breakfast forum on poverty Monday, March 11, 7:30am at the Westin Book Cadillac Hotel in downtown Detroit (https://thepulseinstitute.org/2019/01/28/detroits-top-industry-captains-to-talk-poverty-march-11/), which is the first city-wide conversation of its kind with Detroit’s top industry captains.