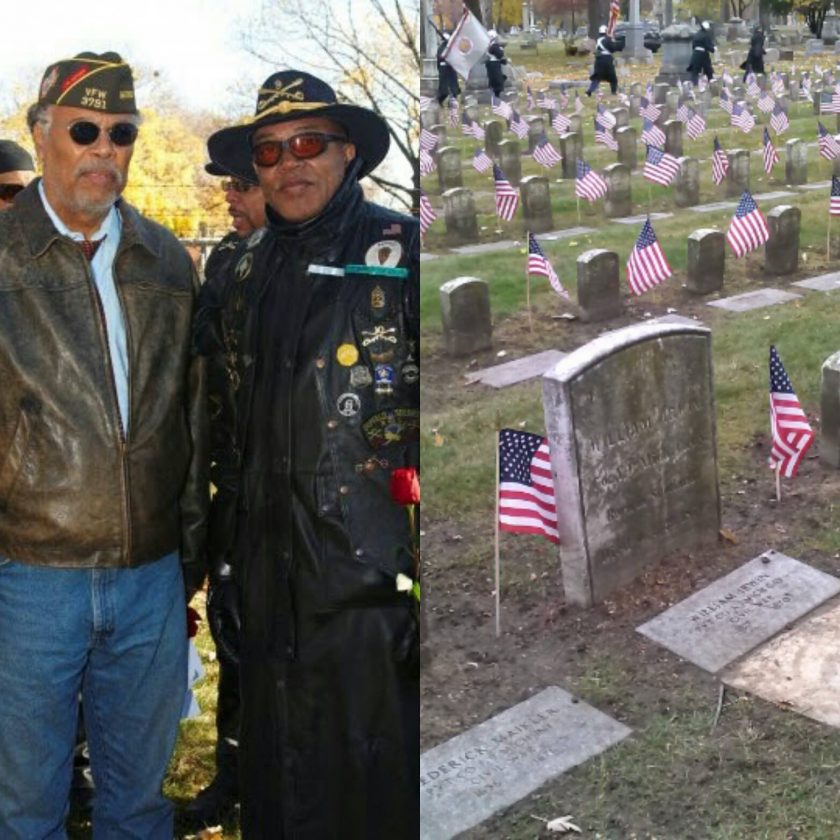 Editor’s Note: Sam Riddle is an honorably discharged Vietnam era veteran who acquired a G.E.D. after dropping out of high school to enlist. A graduate of the University of Michigan Law School, Riddle has over 45 years of experience in management, political and media consulting with emphasis on crisis management. Riddle is currently a senior fellow at The PuLSE Institute, focusing on veterans, poverty and Detroit’s recovery. He’s also the host of Riddle @Random broadcast 9-11am weekdays on 910 AM Super Station.  We are publishing this column as part of our commemoration of Veterans Day. For submission inquiries contact Bankole Thompson, the editor-in-chief of The PuLSE Institute at info@thepulseinstitute.org

In 2018 writing for The PuLSE Institute; I cited a study by WalletHub as quoted in USA Today that exposed Detroit as absolutely the worst place in America for veterans. WalletHub conducted an in-depth analysis of 100 cities using benchmarks that included employment, affordability, livability, healthcare and poverty. That 2018 study was not good news for Detroit veterans or Detroit leadership.

Systemic shame has doubled down on Detroit veterans as Detroit, in 2019, is again rated as America’s worst city for veterans to live hands down by WalletHub. That is an American shame. That is an indictment of Detroit leadership in the public, private and philanthropic sectors.

Detroit was one of the “100 most populated U.S. cities” that WalletHub “compared across four key dimensions: 1) Employment, 2) Economy, 3) Quality of Life and 4) Health”.

Almost any exit out of Detroit has seen a human being with a handheld sign screaming “Help Me -Homeless Veteran”.  Many look the other way avoiding eye contact hoping they don’t get caught by the traffic signal. I keep single dollar bills in a small console drawer to pay a conscience toll. I have asked some of these individuals if they are really veterans. Too many have shown me their VA ID cards. I have never asked elected leadership to prove they are really leaders. There is no ID card for that.

Veterans living in Detroit are not sharing in the great comeback of Detroit touted by Detroit and Michigan leadership. In 2019, Detroit is ranked 97th for veterans living in poverty; 98th for Vets unemployed; and 99th for enduring a lousy quality of life in the Motor City which is the miserable city for American veterans. Ironically Quicken Loans headquartered in Detroit sponsors an ad featuring Lake County, Illinois where they have ended Veteran homelessness. Let’s see Dan Gilbert, the billionaire investor and chairman of Quicken do that in Detroit and Wayne County.

Tragically, this repetitive data of America and Detroit failing our veterans renders this column recyclable. Countless Detroit veterans remain unemployed, homeless, addicted, mental challenged and mired in poverty. That ugly reality should surprise no one given that official census data reveals a Detroit where at least forty percent of Detroit lives below the poverty line. As many as sixty percent of her children wake up every damn day in abject Detroit poverty. The political and private sector Detroit leadership look away systemically oblivious to the pain of the ignored Detroit.

The hypocrisy of a nation and its leadership that dare inundate us with political commercials touting their commitment to those that served and bear the scars of military service during the political season is hypocritically mindboggling.

My father was a World War II combat veteran whose brother was thrown off a troop train and killed by racist white soldiers. Other relatives served in prior conflicts including World War I. Ours is a family replete with serving America.

When I dropped out of high school in Flint, Michigan I had narrowed my options to working for General Motors or enlisting in the military. I entered the military from Fort Wayne in Detroit. The year was 1965. I served a four-year enlistment earning an Honorable Discharge with an early release after acceptance at Michigan State University. The GI Bill educational benefits helped greatly at MSU where I received a B.A. degree.

I earned a Juris Doctor degree from the University of Michigan Law School due in part to some semblance of discipline honed in the military. Later I would use my status as a veteran to purchase a house in Denver with no money down.

Decades later with an avalanche of good and poor decision making I find myself almost totally dependent upon the VA for healthcare in Detroit. That has been good and bad depending on my health concerns. Having a Boston Scientific pacemaker defibrillator implant at the University of Michigan Cardiology has heightened my concern for VA health care standards given that my battery life is less than a year after a ten-year run. Getting the VA to cover billings from UM Cardiology is a hellacious experience as I have found Veterans Choice (vet may choose a healthcare facility if treatment at VA facility is not available in a timely manner) to be a myth for me.

My medications are mailed to me and my service-connected disability is addressed somewhat; all in all, I am still upright.Not all veterans in Detroit are so fortunate. It is no wonder that 22 Veterans a day kill themselves as America dishonors Vets with hunger, homelessness, poverty and mental health shaming with inadequate healthcare.

America, state & local units of government and the wealth hoarding barons of the private sector must commit real resources to eradicate our nation’s dishonorable service to those nearly twenty million veterans that have served us risking all for an ungrateful nation.

Celebrate Veterans Day knowing that we have work to do for our veterans and never look the other way when you see a veteran asking for help. We owe vets that help.

Leave a Reply to We Want Green, too! Cancel reply