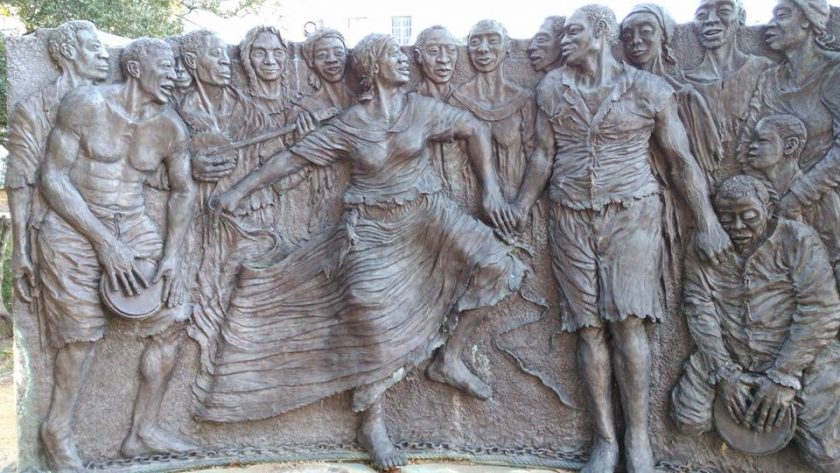 Editor’s Note: Tina M. Patterson, a Detroit native and attorney is the president and director of research at The PuLSE Institute, Detroit’s independent anti-poverty think tank. She was previously a federal government attorney with the Social Security Administration. During her stint at the Social Security Administration, she wrote legally binding decisions for administrative law judges throughout the United States and Puerto Rico.

Juneteenth, a commemoration of the release of the last enslaved Africans in Texas, has been recognized in the United States since 1865. However, the holiday has awakened a new, unprecedented level of interest and celebration following the worldwide protests that occurred as a result of George Floyd’s murder at the hands of the Minneapolis police on May 25.

Countless blacks have been victims of violence and police brutality in America, but rarely, if ever, have we seen the massive outrage against these despicable acts as we are seeing now. The public rage has been contagious, leading to protests in all 50 states and numerous countries. Even amid the coronavirus pandemic, which has commanded social distancing orders and lockdowns still in effect, hundreds of thousands of concerned citizens around the world have gathered in the streets, risking evident health threats, to demand an end to the systemic injustices perpetrated against black bodies.

The energy has captivated the world, placing front and center the legacy of slavery that has permeated institutions such as police departments and court systems and created a culture of systemic racism that has for too long rendered black life disposable. Despite such hard truths and centuries of resistance from oppression, what we are now witnessing is a strong and organic movement that is ripe and hungry for change.

As prime evidence of this yearning for change, a statue of slave trader Edward Colston was forcibly removed by protestors in Bristol, UK, before being dragged into the river to meet its fate. While this act alone does not remove centuries of oppression and discriminatory policies, it demonstrates that the people are ready to do away with the policies and culture represented by the statue and the heinous police murder of Floyd- the lack of respect and protection for black humanity.

Protestors have let their demands be known, including calls for defunding police departments, recreating public safety models, and diverting funds toward progressive and necessary social welfare investments such as public education and health care.

However, with the surge and quick pace of the demands for police reforms to prevent more murders against blacks, an equal yet opposite response has come from the very people who hold the power the institute immediate changes- lawmakers and elected officials.

Rather than acting on the demands from citizens across the country, politicians are preaching the familiar message of unity, togetherness, and patience in an attempt to calm the justifiably upset citizenry. Yet even worse, many elected officials are placating the rage in the streets with meaningless symbolic gestures of recognition of the current movement, such as murals in the street that do nothing to protect another black life from being taken by the police.

Furthermore, cities around the country are now seizing on the previously obscure Juneteenth holiday to use it as a figurehead of celebration and camaraderie with the African American community.

Here in Detroit, several events are taking place, including city sponsored events to discuss blacks in various industries and a celebration in the downtown business district, which has notoriously thrived while the remaining majority black city has struggled under the weight of poverty and economic disparity.

If the City of Detroit, the largest black city in the nation, is serious about its commitment to its majority black residents, Mayor Mike Duggan and the entire Detroit City Council would immediately institute policy changes to clean up the toxicity of the Detroit Police Department, which has a racist culture in its sixth precinct and a history of dishonest officers that remain on its force.

Instead of offering feel good placebos that change absolutely nothing about the problematic police institution, Duggan and the entire City Council must immediately end the use of facial recognition technology, a controversial surveillance that a federal study confirmed misidentified people of color more often than white people, deeming the overwhelmingly 80% black population susceptible to inaccurate arrest.

Rather than organize events with no outcome for Juneteenth, Duggan and City Council must demand termination of the 54 officers with a history of untruthfulness and review all cases those officers are associated with for new investigation. The promises of discipline with future instances by Detroit Police Chief James Craig is irresponsible and allowing untruthful officers to remain on the force is a danger to the public, especially the majority black public of Detroit, which city leaders claim to respect with their hollow Juneteenth celebrations.

The cowardly lack of action we have seen from elected officials is not limited to Detroit. Around the State of Michigan, the performative behavior of politicians has been not only cringe worthy, but downright shameful. Lieutenant Governor Garlin Gilchrist II, first black lieutenant governor in Michigan history, and Michigan Senate Democrats, the most diverse in Michigan history: singing Lift Every Voice and Sing in the State Capital and passing a resolution recognizing Juneteenth does not protect black life, but passing legislation to punish and prevent police murder of black people can.

Governor Gretchen Whitmer: marching down Woodward with chants of “No Justice, No Peace” does nothing to protect black life, especially when you are the one tasked with ensuring justice to bring peace.

Additionally, supporting requirement that officers report excessive force of their colleagues and implementing further implicit bias training are lightweight policy prescriptions that do not limit or punish the occurrence of police misconduct. These easy offerings must be replaced with bold legislation such as mandatory professional liability insurance for police officers, a publicly accessible police registry that records officer complaints and terminates their employment in any police force after a certain number of violations, and ending the doctrine of qualified immunity that shields police officers from civil liability. Killings of black people and defense of murderous police officers must no longer be funded with tax payer dollars, and stern consequences must be in place to prevent police murders from occurring in the first place.

These bold but necessary reforms not only protect black life and constitutional rights, but also save tax payer dollars. Rather than pay for misdeeds by an officer, those dollars can be invested in necessary public infrastructure, education, and healthcare, which are all measures of public safety. Most significantly, such high disciplinary actions restore the public trust of politicians and police officers alike, and uphold the integrity and honor of the police profession itself, which is tasked with not only enforcing the law, but first and foremost, serving and protecting the public.

The empty gestures of false solidarity by city and state officials must be replaced with immediate commitment to complete reformation of the police institution, policies a street mural, peace march, and impromptu sing along will never accomplish.

Citizens and civic leaders must apply continuous pressure to demand reform, not settle for the lullabying platitudes and meaningless commemorations floated by city leaders to quell the thirst for overdue change to protect black life in Detroit and other communities across Michigan. The offer from elected officials and acceptance by the public of anything less than significant legislation to punish and prevent police misconduct that threatens black life, dishonors the legacy of the survivors of the barbaric institution of slavery, who despite unspeakable horrors inflicted upon them, resisted the oppression and triumphed to gain their freedom.

Honor Juneteenth with legislation to end to the police terror on black life that has taken the place of the violence and atrocities of slavery.