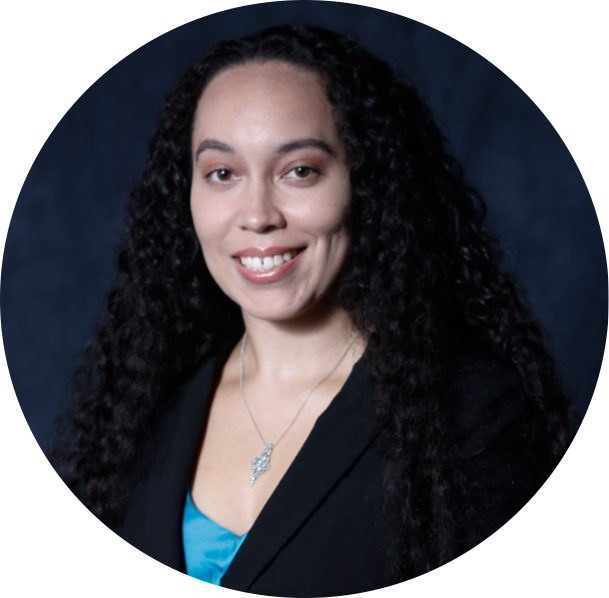 Tina M. Patterson became President and Director of Research for The PuLSE Institute in June of 2018. She is responsible for the overall operations of the organization as well as its research department.

Patterson is a trained lawyer and a graduate of the University of Detroit Mercy School of Law. She brings a wealth of knowledge and experience to the issues that define the mission of the Institute.

Before she assumed the presidency of The PuLSE Institute, she worked extensively in the public sector, including as a federal government attorney with the Social Security Administration.

During her stint at the Social Security Administration, she wrote legally binding decisions for administrative law judges throughout the United States and Puerto Rico.  She advised judges on legal sufficiency and analysis of social security regulations as well as applied specific federal circuit precedent to cases.

Patterson brings a strong commitment to social justice, equity and democracy and the need to give voice to the plight of those who feel economically marginalized by society.

Patterson believes in the investment in human capacity and in tangible tools that will help lift many Detroiters out of socioeconomic morass into a level of self-reliance that would lead to meaningful engagement and productivity.

Her life-long work has centered around using the power of the legal system in helping individuals and families overcome challenges.  Whether it is helping prepare estate planning documents for the elderly on fixed income or those impoverished clients seeking disability benefits, or facing life threatening illnesses, Patterson has been a quiet Detroit advocate for many who struggle for access to resources.

With the State Appellate Defender Office, she interviewed an incarcerated client and wrote the appellate brief to the Michigan Court of Appeals. Further, at the Misdemeanor Defenders Office in 36th District Court in Detroit, she routinely represented indigent clients facing criminal misdemeanor charges, conducted bond arguments and plea negotiations, and represented indigent clients in probation violation and show cause hearings. She has also worked to successfully clear felony convictions for welfare fraud.

Patterson understands that the more information people have about their wellbeing, the more they will make better choices to advance their lives.  She was instrumental in helping to organize a series of Detroit Mayoral and Gubernatorial Town Halls on Poverty to achieve just that. The forums sought to empower Detroiters and to give them direct access to public leaders and a tangible voice in the issues that will shape their lives.

Her strong, demonstrable commitment towards inclusive growth for a sustainable future for Detroit is what Patterson now brings to The PuLSE Institute. 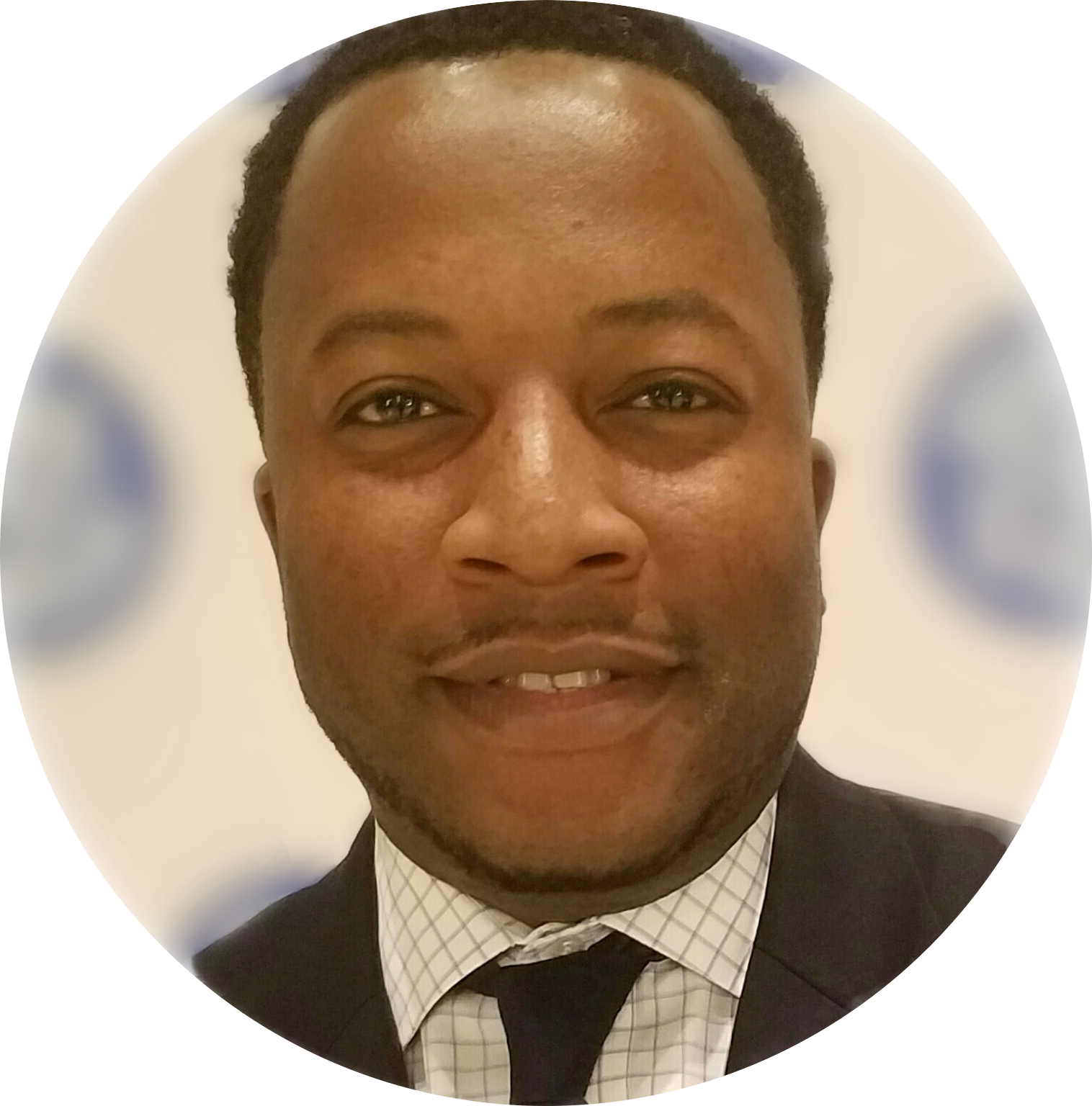 Bankole Thompson is the Dean of the Academy of Fellows at The PuLSE Institute, where he directs the prestigious leadership program that brings together distinguished individuals across diverse sectors to engage in critical analysis of the underlying issues of poverty and how to proffer solutions. He is also the Editor-in-Chief providing editorial and strategic leadership on the issues that are being championed and published by the Institute.

Thompson is an op-ed columnist at The Detroit News, where he writes a twice-a-week column on politics and culture. His column appears on Mondays and Thursdays. He also writes for The Guardian on politics and the economy. He also hosts the news/talk program REDLINE on 910AM-Detroit weekdays 12-2pm. His opinions about Detroit’s resurgence are sought by the international press and most recently, he was featured in a major documentary by a European Union-backed German/French television network regarding global inequality. In recognition of his journalistic contributions, the University of Michigan Bentley Historical Library, in 2015, established the “Bankole Thompson Papers,” a comprehensive collection to preserve his work for students and scholars.

The PuLSE is governed by an independent Board of Directors who each have an unwavering commitment to the mission and success of the Institute. The Board is responsible for setting major policy and strategic decisions of the Institute.

“The purpose of human life is to serve, and to show compassion and the will to help others.”

That timeless aphorism by theologian Albert Schweitzer fully captures the penchant and passion of C. Paschal Eze for helping resource-poor individuals around him with ideas, motivation, training, mentoring, direct services, and informed advocacy.

A man  of  tried  and tested courage and compassion, Eze has for over two decades been a strong global advocate for harnessing the power of intellectual curiosity and “ethical capitalism” to lift families and communities out of inter-generational, structural and precipitous poverty.
In his worldview, businesses big and small owe it to their future to consciously transcend the monist track of profit and collaboratively invest in the greater good of the communities they operate in.
As for governments at all levels, he is vocal about his reasoned belief that their anti-poverty policies should, more importantly, focus on quality and affordable early childhood education, demand-driven vocational training, pushing back against redlining, fighting discriminatory practices at the workplace, and incentivizing grassroots initiatives, among others.
Eze, a multiple award-winning stakeholder relations trainer, crisis communications expert, and lover of everything fair and just, currently serves as Westland Housing Commissioner and vice president of a leading direct service nonprofit where his many achievements include launching the transformation ambassador program that boosted brand awareness and fundraising, and initiating and leading efforts that got the nonprofit a special consultative status at the United Nations.
He also serves in many other community-benefitting capacities, including on the Recipient Rights Advisory Board of Michigan’s largest regional behavioral network, DWIHN where he works to protect the rights of over 75, 000 children and adult recipients.
Widely traveled Eze holds graduate qualifications in conflictology and humanitarian protection and received Harvard University training in urban humanitarian emergencies.
A sought-after leadership mentor, he is author and editor of many books and a former daily newspaper editor-in-chief who gained global recognition for risking his assassination in defense of press freedom and freedom of expression.
Thus, he brings a wealth of diverse knowledge, experience and credibility to the Institute as founding Board chair.

Omar Hernandez, is a successful business owner with a demonstrated track record of caring for underprivileged communities. He is a champion of diversity and inclusion who has supported many causes that have uplifted the living conditions of the young and old in the community.

Dewan Mitchell is an entertainment executive with more than two decades of entertainment experience that took him to the forefront of the music industry in the nation. Making capital investments in time and effort, Mitchell became one of the most sought after representatives for one of the country’s largest ethnic promotion firms, Alan Haymon Entertainment, Inc. He has worked with legendary artists such as Aretha Franklin, Chaka Khan, Whitney Houston and Patti LaBelle. He later spent 10 years at the world-renowned Detroit Opera House, where he developed new programming to bring more visibility to the institution as well as attract new patrons.

A passionate advocate and believer in Detroit, Mitchell has been a longstanding supporter of efforts that seek to help those who are underprivileged and bring attention to their plight. He believes that society has an obligation to bring the issues of the disadvantaged to the forefront of conversations about social transformation.

Tina Patterson, is the president and director of research for the PuLSE Institute where she oversees the day-to-day operations of the organization as well as leading its research department. A trained lawyer and a strong advocate for the poor and marginalized, she brings a wealth of diverse experience including working as an attorney for the Social Security Administration to pushing for result-oriented and collaborative programs that will lead people out of poverty.