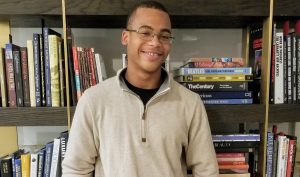 Martin Luther King Jr., was a more than just a highly influential man in our society. He was definitely more than just a civil rights activist and more than a reverend at his church. He was a person whose heart was set to not only attempt to help, but successfully free black people from the political enslavement and restraints that were placed on us back then in the 1900’s.

Despite all the time he spent in jail, despite the threats he faced that were directed towards him and his family, he still managed to remain calm and lead a peaceful resistance. He was able to gather people and lead the March on Washington even though death and fates worse than death faced them. Through all of this, thick and thin, he stood tall and kept a calm approach to every situation. When he was assassinated it was a shocking event to all citizens country wide and, sadly, was the tipping factor in how the nation would change due to it.

In the eyes of a millennial in 2019, it would feel as though that not much has changed because the issue is slowly arising again. However, this thought process only occurred because they didn’t know how life used to be back then in the early 1900’s. They never knew or realized the lack of freedom that their elders faced, that the right to vote is only 43, going on 44 years old.

The fact that it is being taken for granted and majority of the country doesn’t go to vote just shows how little most care for the contributions made for future generations. However, I will not let the lessons taught to the people of this country go to waste. Too many people have laid their lives down so that I can have the opportunities that I have now, Martin Luther King Jr. has taught me a lot, even in his death.

You can’t judge people by their color or skin tone but based on their individual actions as a person. This also means that despite how horrendous the act committed may be, you cannot treat a person as a monster or anything less than human.

It is more than possible for a black child and a white child to befriend one another and become friends, we must learn from our children and not spoil their minds with the older, more toxic ideals that work to break this country down from the inside out. So instead of having such a one-track mind, one should be open to all sorts of new cultures and ideas in order to better unify the people of this nation.

Lonnie D. Renfroe Jr., is a Junior Fellow at The PuLSE Institute.