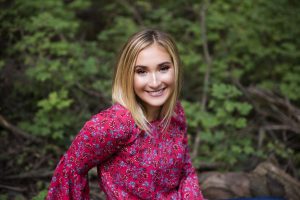 Growing up in a small suburb of Detroit, attention to Martin Luther King Jr. Day was commemorated with class lessons and discussions. In my early years of education, we learned about the Civil Rights Movement and its prevalence in society today. Icons such as, Rosa Parks, Malcolm X, and MLK himself were highlighted as our teacher gave a brief overview of the external impact these people continue to leave on society.

Within the last couple of years, the district granted students Jan. 21 off in order to continue to cherish Dr. King’s work. Although we are no longer in class on this day, questions and conversations continued to swarm my head about such a prominent man’s movement. I wondered, and continue to wonder, how did MLK do it? After being struck with so much adversity regarding his goals of creating a unified nation, why and how did he continue on? I remember my third-grade mind being alarmed when we learned of the violence he and his supporters endured. In such a time of social upheaval, where did he gain the courage to continue?

Today, I think about a TED talk regarding the topic of “grit.” Angela Lee Duckworth, an accomplished psychologist, professor, and speaker, discusses her encounters with “grit” and what it takes to be “gritty.” She describes her time spent as an elementary school math teacher where it wasn’t always the kid with the stronger IQ who performed the best, but rather the one who problem solved and displayed large amounts of stamina to work through his or her challenges. She took this idea and began to explore other platforms in which the ability of passion and perseverance aided people to accomplish a goal.

I relate this idea of “grit” to answer my earlier questions. MLK faced opposition from practically the entire nation. With the odds against him, he sacrificed everything he had in order to attempt to achieve a country which would not be defined under the roof of racial discrimination. His ability to come back stronger after being faced with brutality is exactly how I define grit.

After being arrested on April 12th for sit-ins and protests, Dr. King managed to respond with increased vitality and vigor. Writing the famous Letter from Birmingham Jail and continuing on to organize the March On Washington as he continued to bring attention to the injustices faced by the African American population.

Dr. King coined the real meaning of “grit” before it was popularized. I will forever be inspired by his ability to not only make such a deeply rooted change, but to persist when the odds were against him. Wherever the United States finds itself, Dr. King will forever be a figurehead in his ability to have a goal in mind and persist regardless the circumstances. With this very special holiday around the corner, I hope we continue to honor this man’s “grittiness” in keeping our long-term goals in mind and enduring whatever it may take in order for them to become a reality.

Cate Lindstrom is a Junior Fellow at The PuLSE Institute.