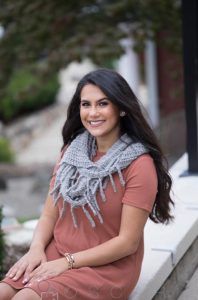 Although the Civil Rights Movement was one that caused pain and agony for many people that were living through it day to day in the early 1960s. It still remains to be one of my favorite movements and era to learn about in history. The Civil Rights Movement is my favorite movement because it is the movement that officially allowed the human race to come together and learn about each other and our differences.

As we know, Martin Luther King Jr. was a peaceful leader who faced many struggles while trying to accomplish his “Dream.” Dr. King had a dream that one day “little black boys and black girls will be able to join hands with little white boys and white girls as sisters and brothers.” Martin Luther King, Jr. has allowed me to interact with people from a variety of cultural backgrounds given his drive to destroy the previously held barriers. This is one of my inspirations to starting my club “Kids With Compassion.”

Being the granddaughter of immigrants has helped me to have empathy for those who struggle, whether it is financially, physically or mentally. My grandparents struggled tremendously when they first arrived in America due to their inability to speak English and fit in to American culture. Growing up in the small town of Northville, where Kids with Compassion started, many people are not exposed to poverty regularly.

With this being said, I am privileged to have brought many of my peers of all different backgrounds to fight against the impoverished areas that my relatives once lived in. It is pleasing to think that we are following in Martin Luther King Jr’s footsteps as humanitarians that want equality and comfort for all. I will forever cherish the opportunities and lessons that Dr. King has given me.

Jenna Jaafar is a Junior Fellow at The PuLSE Institute