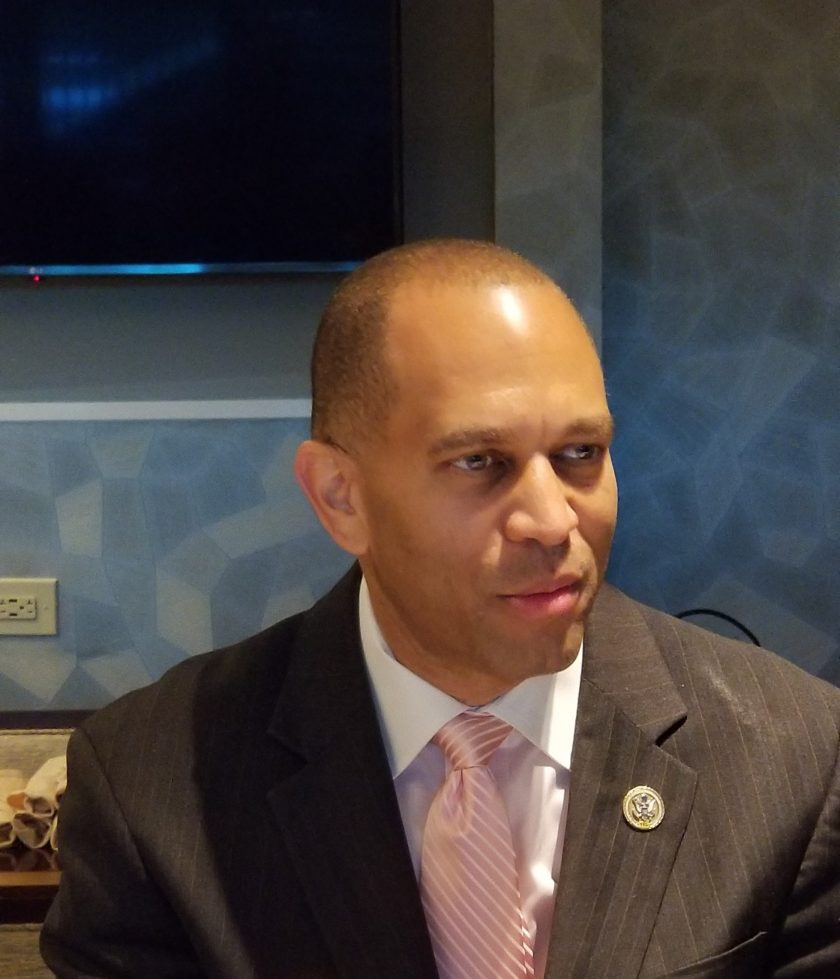 Detroit is not the only city in America reeling from the debilitating impact of economic inequality in the nation. But it remains the largest on the social index of major cities dealing with the crisis of poverty.

And one New York Congressman Hakeem Jeffries wanted to know where things stand in Detroit as it relates to the socioeconomic issues plaguing the nation. Detroit remains a microcosm of the multifaceted challenges facing urban America.

So I met the Brooklyn Democrat for breakfast Saturday, July 28 at the Westin Hotel in Southfield at the invitation of Detroit’s own Congresswoman Brenda Lawrence. The two are working together on some initiatives.

Jeffries is curious about how Detroit is changing and has been observing the city from a distance.  During our conversation even before breakfast began, the word that kept coming up was “gentrification” and its role in urban revitalization.

Our conversation underscores the central thesis of journalist Peter Moskowitz’s book, “How to Kill a City: Gentrification, Inequality and the Fight for the Neighborhood,” in which he basically explains how new developments that ignore large economically depressed areas begging for economic intervention can leave cities like Detroit strangulated.

“It is possible to live in this new Detroit and essentially never set foot in the old one,” Moskowitz writes.

In my dialogue with Jeffries, he noted that certain parts of New York are also facing some of the same challenges as Detroit and poverty remains a central issue. The fate of large economically disadvantaged black residents both in the Big Apple and in the Motor City continues to demand the attention of leaders in government and business.

I told Jeffries that poverty which is exacerbated by gentrification is the biggest issue facing the recovery of Detroit, where the future of many residents hangs in the balance.

Later on, I asked Jeffries to respond to a recent White House statement that the war on poverty was largely over.

“It is hard take seriously anything that the White House has to say particularly on the issue of economic inequality when this is a White House that as we all know pushed forward what we refer to in Washington on the Democratic side as the GOP tax scam where 83 percent of the benefits went to the wealthiest 1 percent,” Jeffries said. “It was a big giveaway to millionaires, billionaires, the wealthiest amongst us, the privileged few, super lobbyists, mega corporations and big donors really to the Republican Party.”

He added, “It was a betrayal of all that the president said he stood for when he was going to come to Washington and allegedly fight for the forgotten man. Well, the forgotten man was forgotten in the Republican tax bill. That has been sort of part and parcel of what I think this administration has been all about where the words don’t match the deeds. The rhetoric doesn’t match the reality of what they’ve done.”

Jeffries says Democrats have the answer on the question of inequality.

“We are fighting for working class Americans, middle class Americans and they continue to fight for the wealthy and for the well-off and we have to present that choice moving forward over the next few months as we head into the midterms as clearly as we can,” he said.

Bankole Thompson is the chair of the Academy of Fellows and Editor-in-Chief of The PuLSE Institute, an independent non-partisan anti-poverty think tank based in Detroit.