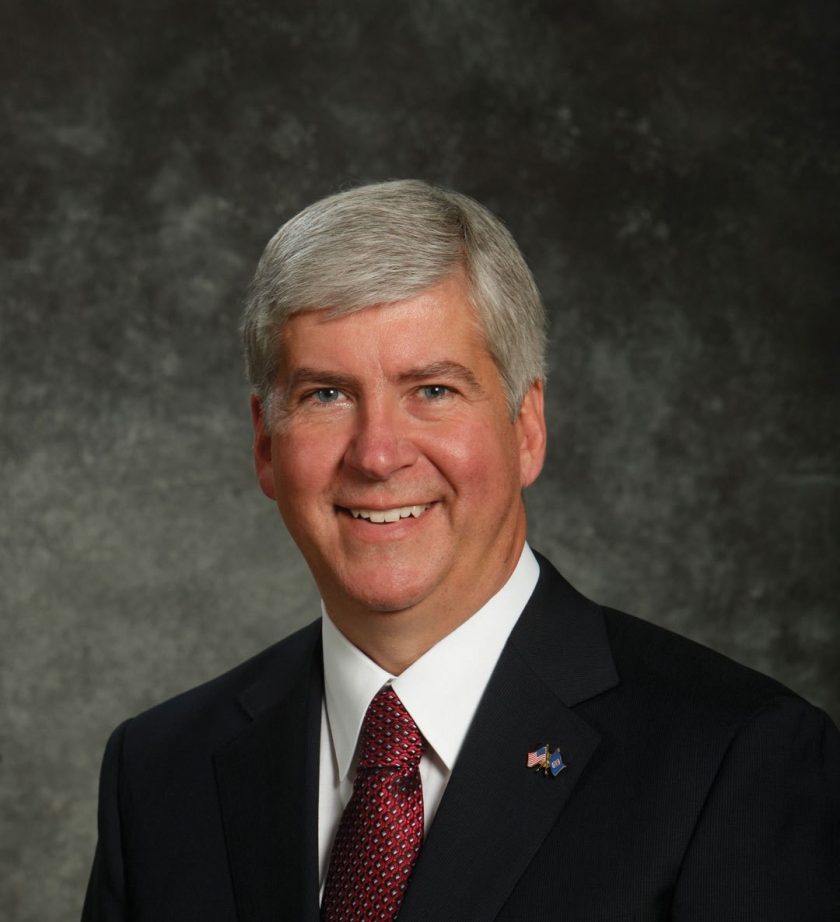 Editor’s Note: Republican Rick Snyder, is leaving office on Dec. 31, 2018 after two terms as the 48th governor of Michigan. Both Governor Snyder and his successor Governor-elect Gretchen Whitmer accepted The PuLSE Institute’s invitation to pen a column about poverty and inequality as they prepare for a changing of the guard in Lansing. For submission inquiries contact the Institute’s editor-in-chief Bankole Thompson at info@thepulseinstitute.org

The challenges of poverty are many. Poor health, crime, lack of food and shelter, and a lack of education are all synonymous with poverty. Poverty stretches across the globe and the effects are devastating. As governor, I’ve seen the effects in Michigan, in both urban and rural areas. I ran for governor eight years ago because I wanted to make a difference. I wanted to spur job creation, reinvent our state, and help people find their way to a successful life here in Michigan.

Solving poverty is not easy, but at the core of the solution is education, and it needs to start before kindergarten. That’s why I prioritized funding for the Great Start Readiness Program, so that every four-year-old child gets the early childhood development that they need.

Research shows that pre-school programs provide significant positive developmental improvements. A strong preschool education must lead to a strong K-12 education, which is why I prioritized funding to provide an additional $2.1 billion to K-12 education over the past eight years. We also made strong investments to help ensure a successful education for at-risk youth.

While education is key to finding a future path out of poverty, it’s also critical to focus on the here and now. Michiganders currently in the grips of poverty need help with healthcare. While unpopular in many legislative circles, I strongly supported and pushed for the Healthy Michigan Plan because it was vitally important to expand Medicaid and provide good healthcare to those in need.

Today, more than 650,000 Michiganders are receiving healthcare through the Healthy Michigan Plan. I also worked to expand the Healthy Kids Dental program. When I started as governor, this program was not statewide and there was a waiting line. Today, families have access to the program in all 83 counties so that children can receive the dental care they need, which in turn leads to greater overall health outcomes.

State services need to be readily and easily accessible to fight poverty. That was the vision behind the Pathways to Potential program implemented during my time as governor. With the understanding that everyone has the potential to achieve their dreams, Pathways to Potential provides extra support and assistance close to home. By placing state workers from health and human services directly in the schools, we can better connect with families to ensure state services are reaching those in need.

Providing for a safer environment is also part of the recipe for combatting poverty. We used a community-based, holistic approach to reducing crime and violence in Michigan’s four highest crime cities – Saginaw, Flint, Pontiac and Detroit. Multiple state agencies were called upon to address the problem, led by the Michigan State Police, and it worked. Those four cities are much safer today than they were in 2011. We’ve grown the ranks of our State Police troopers to the highest level in 18 years to provide greater safety across all of Michigan.

When it comes to Detroit, a special focus was placed on the state’s largest city, knowing that success for Detroit leads to success for Michigan. With the Detroit bankruptcy, difficult decisions needed to be made and they were. Detroit’s comeback has been impressive and the city’s financial picture is now bright.

The momentum can be felt across the city but there is still more work to do, especially in the neighborhoods. In 2011, I announced my intention to provide Detroit high school graduates with a tuition-free path to a higher education. Today, in partnership with the city’s Detroit Promise Zone, the Detroit Promise is providing any graduate from a high school in the city with a tuition-free path to an associate degree, technical certificate, or bachelor’s degree at any one of six participating community colleges or 17 four-year universities.

The path out of poverty is not easy, but I believe that path is easier today than it was eight years ago. It takes more than just state support. The work of organizations like The PuLSE Institute as well as other community groups is instrumental in addressing the poverty problem. Michigan has come a long way in eight years.

Our unemployment rate is at record lows. The private sector has created more than half a million new jobs. Companies around the globe are choosing to invest and grow in our state. Michigan’s reinvention is undeniable. But we can always do more, and nobody can be left behind.

When I ran for governor, I went to Detroit and walked door-to-door. Because I wanted people to know that they were Michiganders first, in addition to being Detroiters, and I was going to represent Michiganders regardless of where they lived or what political party they belonged to.

The headline goal from the 21st Century Economy Commission says it all – we must sustain an economy that fosters prosperity for every Michigander. I am confident that is a goal that can be achieved if we all continue to work together.