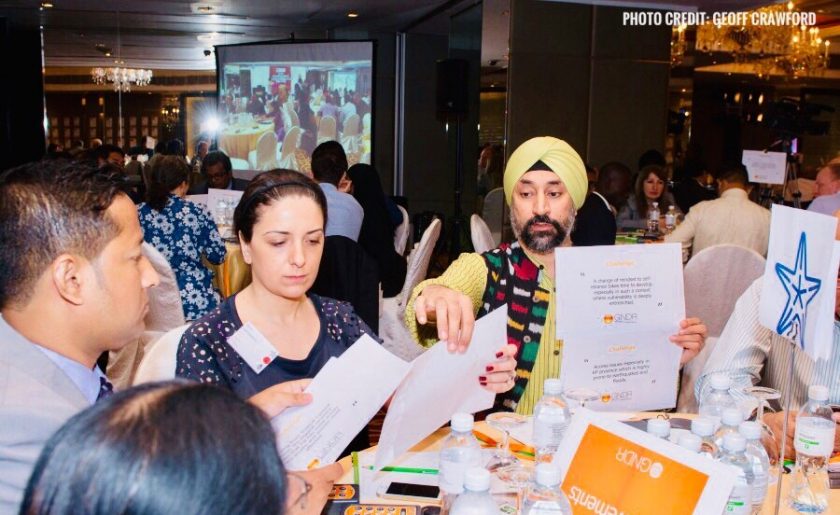 DETROIT, MI, USA Jan. 13, 2019— The Institute for Public Leadership and Social Equity, The PuLSE Institute, a Detroit-based non-partisan and independent think tank devoted to fighting poverty in the city, has joined a distinguished coalition of international organizations committed to ending humanitarian disasters.

The Institute is now a member of the Global Network of Civil Society Organisations for Disaster Reduction, the largest international network of organizations committed to working together to improve the lives of people affected by disasters world-wide.

GNDR, which is headquartered in the United Kingdom with regional offices across the globe and modeled after the United Nations, was initiated “with the close support of the Secretariat of the UN-International Strategy for Disaster Reduction (UN-ISDR), in collaboration with the Special Unit for South-South Cooperation of the United Nations Development Programme (UNDP).”

GNDR hosts meetings and conferences for its members. For example, its 2018 global summit themed “Stronger Together: Connecting Communities,” was held in Kuala Lumpur, Malaysia, and attended by members from 66 nations to increase collaboration and sharing of knowledge between members across the network.

“Membership in The Global Network of Civil Society Organisations for Disaster Reduction establishes The PuLSE Institute as an entity with global presence and authority while simultaneously equating the issue of poverty in its proper context as a human disaster,” said Tina M. Patterson, president and director of research at the Institute. “Likewise, this membership elevates Detroit to a seat at the heart of the international debate in eradicating poverty, and The PuLSE Institute is honored to be its representative in championing this cause.”

Bankole Thompson, editor-in-chief of The PuLSE Institute, said the membership further expands the anti-poverty message of the Institute beyond Detroit.

“This membership expands the global footprint of The PuLSE Institute. It allows what the Institute publishes in terms of the broad range of perspectives to be shared with a wider international network of organizations and leaders who are committed to combating inequality and poverty,” Thompson said. “It should matter to us here in Detroit if 66 countries are paying attention to what Detroit is doing in tackling inequality and vice versa.”

The Institute also has a brain trust, the National Advisory Panel. The members are: