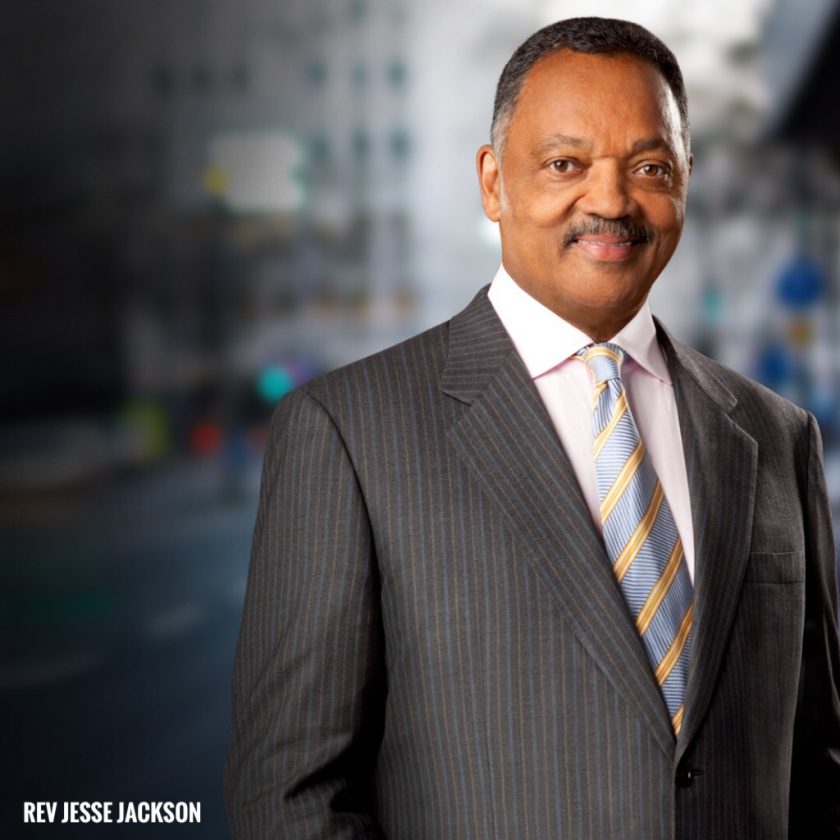 Editor’s Note: The Rev Jesse Jackson, president and founder of the Rainbow PUSH Coalition is America’s preeminent civil rights leader, a two-time presidential candidate and the recipient of the Presidential Medal of Freedom. In this column written for The PuLSE Institute, the anti-poverty think tank headquartered in Detroit, Jackson explains why poverty should be front and center of the Democratic presidential debates in Detroit on July 30 and 31 and the 2020 presidential election. For submission inquiries contact Bankole Thompson, the editor-chief of the Institute at info@thepulseinstitute.org

This Tuesday and Wednesday in Detroit and on CNN twenty Democratic presidential candidates will put forth their policies and debate the issues – e.g., global warming, healthcare, investments in infrastructure, education, civil rights, voting rights, women’s rights and more – and all are very important.

Unfortunately, even though Detroit is representative of abundant poverty, one issue that may not be raised by the questioners or discussed by the candidates is what they propose to do to combat and conquer poverty in America. The following is an attempt to raise that concern and stimulate such a discussion.

If we are to end poverty in America we must awaken the spirits of the poor, educate them, connect their issues to politics, register them to vote and get them to the polls on Election Day.  Social and economic justice never comes top down.  It always comes bottom up.  The minority poor must join with the majority of workers and the middle class who have been losing economic ground since 1973 and vote for a progressive agenda that will lift them out of poverty and raise the whole society to greater affluence and racial, social and economic justice.

For the thousands of years of human existence the vast majority of humankind has mostly been poor.  Affluence for the many is rare, relatively new and only exists among a minority of people on earth and in a few countries.

Jesus was a poor Palestinian Jew, born into a poor family from the poorest region of Israel.  His parents took him to Egypt as a refugee to avoid being killed by Herod and they later brought him back as an immigrant.  Later, in his ministry as a radical activist, he condemned and fought against both political and religious leaders who were exploiting the poor masses for the benefit of the rich classes.

In fact, Jesus’ vocational calling was a commandment to bring justice to the poor.  “The Spirit of the Lord is upon me, because he has chosen me to bring good news to the poor.” (Luke 4:18)

Economically our planet is divided North and South.  The North is more affluent and the South poorer.  Poverty at home and internationally is a serious and increasing problem; global warming and technology are contributing to job insecurity and resentment of immigration; that combination is leading to an increase in racial, ethnic and religious strife, even war; and all of these factors are bringing us “fake populists” known as rightwing politicians and authoritarian dictators.

Free slave labor for 246 years started this nation on its road to becoming rich.  The United States is a rare affluent country – the wealthiest and most powerful nation in history – but the income and wealth gaps between rich and poor are large and growing rapidly.  The biblical prophet Amos warned not to be deceived to believe that wealth and military power are the result of divine favor.

The industrial revolution of the late 19th and early 20th centuries led to the Golden Era of the Roaring ‘20s, spawning the robber barons of industry – e.g., the Vanderbilt’s, Rockefeller’s, DuPont’s – but the majority of Americans were still poor.  The imbalance of economic power in the “Roaring 20s” led directly to the collapse of the economy and the Great Depression of the 1930s, creating a class of the very poor.

However, fortunately for the poor, they were a political majority and FDR was elected president in 1932 and launched a number of experiments in Keynesian economics to relieve their misery, create jobs and pull the nation out of a depression.  It helped, but it took the industrial mobilization and planning of the U.S. involvement in World War II to finally bring the nation unprecedented prosperity and an economic Golden Age.

With pent up income and consumer demand at an all-time high following the war, and organized labor approaching its zenith in power, for the first time in history a relatively wealthy majority emerged in a nation, creating a growing middle class between 1945 and 1973.

For the “poor” this was both a blessing and a curse.  Aided by a GI Bill, federal subsidies for affordable housing, the Wagner Act, later Medicare for the elderly and a floor of Medicaid below the poor, this Golden Age raised the formerly poor upward into a relatively affluent working and middle class, but left the poorest, most uneducated and unskilled workers behind with the fewest benefits and turned them into a political minority.

In 2017, 40 million Americans were considered officially poor in the United States, 12.7 percent of the total population, and another 40 million are immediately above them, just one sickness, accident, and crisis or job loss away from joining their ranks – a total of one-fourth of the nation.

In other ways the poor in America became unique.  In the 1960s the poor became a political minority amidst a relative affluent majority.  One result was the poverty narrative became individualized.  Poverty was no longer seen as the result of systemic failures or having economic roots, but the result of a lack of individual initiative and effort.  Stereotypes of poor people were emphasized – lazy, undisciplined, sex crazed and wanting to live off the public dole – i.e., Reagan’s focus on “welfare queens” and “young bucks” symbolized this.

America’s poor are the best-dressed poor in the world.  In contrast to those starving from malnutrition around the world, America’s poor are often overweight and unhealthy with diabetes, heart disease and other ills because of food deserts, cheap and fast foods.  Thanks to expressways in the city and superhighways spanning the nation, Englewood and Lawndale in Chicago and the poor living in the valleys of Appalachia are rarely seen – travelers only see the hills, the streams and the beautiful foliage, not the poor.  The poor are not in our vision, in our experience or much in our consciousness.

Relatively speaking, America’s poor are better off than most poor people in the world.  However, that should not be our measurement.  We should look at what the U.S. is capable of doing and what is possible in America.  And what is possible – with our affluence, our technological capability and our agricultural productivity – is the ability to eliminate poverty in America.  We can provide a floor of decency and humanity that delivers every America adequate and nutritious food, a good education, high quality health care and affordable safe and sanitary housing.

Immigrants coming to America seeking a better life are usually full of aspirations and hope.  They may be initially materially poor, but they are not impoverished in spirit.

By contrast, homegrown poor Americans have usually been systematically beaten down with material poverty, lacking in education and inadequate job skills (automation has taken coalminers and steelworkers jobs and they’re not coming back), poor diets and lacking heath care, often raised in dysfunctional families living in overcrowded and unsafe housing, and for people of color racial discrimination, all to the degree that their hopes have been crushed and their spirits lack aspiration.  Poverty of the spirit is more devastating than material poverty and more difficult to reverse.

In the midst of the affluence of the 1960s Dr. Martin Luther King, Jr. proposed a Poor Peoples’ Campaign, knowing that people are more generous when they’re economically secure.  But generosity is not enough and we should never confuse philanthropy, help and good deeds with social and economic justice, and the latter must always be our goal.