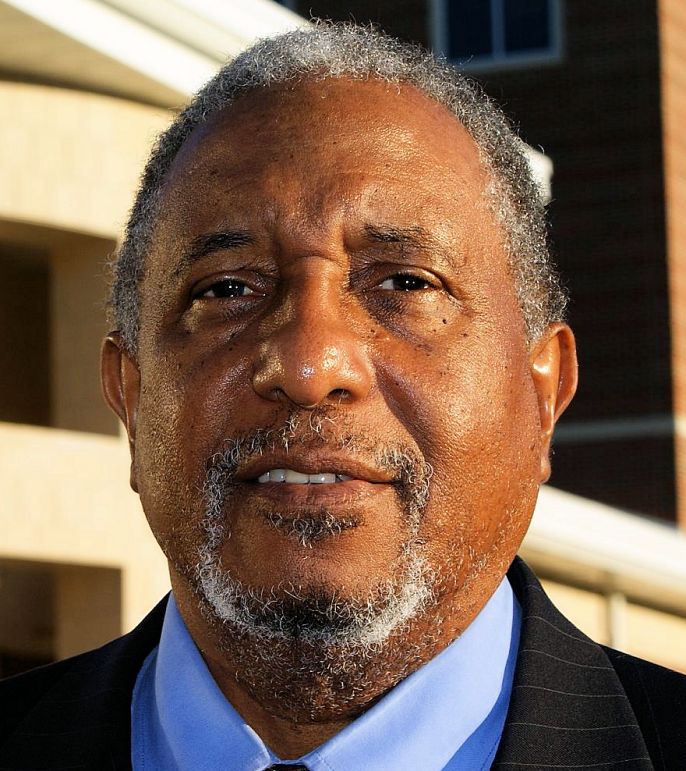 As the United Nation observes Thursday, October 17, as the International Day for the Eradication of Poverty, the national anti-poverty think tank headquartered in Detroit, The PuLSE Institute, has named a new center for the Rev. Dr. Bernard Lafayette, Jr., a veteran of the American Civil Rights Movement, who was appointed by Rev Dr. Martin Luther King Jr. to serve as National Coordinator of the 1968 Poor People’s Campaign. The Bernard Lafayette Global Center for Transformative Leadership is an organ of the Institute that will train leaders in civil and human rights, corporate social responsibility, diversity and inclusion. It will officially launch next year at a ceremony to be keynoted by Lafayette, who was a member of King’s inner circle and met with him in Memphis to discuss their strategy to bring attention to the crisis of poverty in the nation hours before the civil rights leader was killed.

Lafayette, a member of The PuLSE Institute National Advisory Panel (https://thepulseinstitute.org/national-advisory-panel/), applauded the decision to create a unit within the Institute to train the next generation of leaders to advance issues of equity and justice in the nation and around the world. He is currently the chairman of the board of the Southern Christian Leadership Conference in Atlanta, which was co-founded by King.

“I am humbled by the decision of The PuLSE Institute to name this Center after me. But more importantly, the establishment of this Center is a remarkable tribute to the gallant men and women who fought in the Civil Rights Movement. They were individuals who gave selflessly to affirm the dignity of every human being,” Lafayette said. “This Center will serve as a powerful testimony to the enduring impact of the work that Dr. Martin Luther King Jr. instructed us to do. It is important for us to train and influence the next generation of leaders to confront the challenges of inequality and poverty that affects us all.”

Lafayette added, “That was the focus of the Poor People’s Campaign that Dr. King assigned me to carry out, and he re-emphasized that in my meeting with him in Memphis hours before he was slain by an assassin’s bullet. I applaud The PuLSE Institute for the wisdom and vision in setting up such a Center that will advance intellectual curiosity and knowledge about how to make the world a better place and in the word of King, achieve the Beloved Community.”

Lafayette co-founded the Student Nonviolent Coordinating Committee (SNCC) in 1960. He was a leader of the Nashville Movement, 1960 and the Freedom Rides, 1961 and the 1965 Selma Movement. He directed the Alabama Voter Registration Project in 1962 and then was appointed National Program Administrator for the Southern Christian Leadership Conference (SCLC), which was co-founded by Dr. King. He is currently the national chairman of the SCLC board. Dr. Lafayette earned a B.A. from American Baptist Theological Seminary in Nashville, Tennessee, and his Ed.M. and Ed.D. from Harvard University. He has served on the faculties of Columbia Theological Seminary in Atlanta and Alabama State University in Montgomery, Alabama, where he was Dean of the Graduate School. He also was principal of Tuskegee Institute High School in Tuskegee, Alabama and a teaching fellow at Harvard University.

A minister, educator, and lecturer who travels around the world as a consultant on nonviolence and peace, Lafayette is an authority on the strategy of non-violent social change. For example, he trained 40,000 people in the West African nation of Nigeria on nonviolence including airline pilots, some of whom recently founded Air Peace airline. Lafayette designed the first Alternatives to Violence Project, a national training program on nonviolence that operates in 30 states across the U.S. including in prisons in upstate New York. The AVP program is now in sixty nations. He also trained prisoners in Bellavista prison in the Latin American nation of Colombia. When Nelson Mandela was running for president of South Africa after his release from prison in 1990, Lafayette, provided nonviolence training for the people of South Africa, who were preparing to participate in the first free democratic elections after apartheid. For his indelible and groundbreaking work on nonviolence, Lafayette, was honored in 2016 with the Mahatma Gandhi International Award for Reconciliation and Peace.

Launched on July 4 of 2018, The PuLSE Institute was inspired by the writings of nationally-renowned journalist and author Bankole Thompson, whose illuminating work around issues of economic justice has elevated the discourse around poverty and inequality in Detroit, and the nation and represents an urgent call for difference-making action. Thompson is the editor-in-chief of the Institute and a twice-a-week opinion columnist at The Detroit News.

Lafayette wrote the foreword to Thompson’s 2006 book “A Matter of Black Transformation,” and his legendary civil rights work was also the focus of a chapter in the author’s 2010 book on former President Barack Obama titled “Obama and Black Loyalty.”

The Lafayette Center will welcome a wide range of individuals from different backgrounds who will be designated as fellows and will undergo a leadership development training provided by a distinguished faculty in interactive settings. The candidates for the fellowship will be drawn from the public and private sectors, and community organizations and groups. At the end of the program, fellows will be required to write a dissertation highlighting the challenges and solutions to building a more equitable society through their own lens.

Attorney Tina M. Patterson, the president and director of research at the Institute, said the Center is a towering tribute to the work of the Civil Rights Movement and the exemplary anti-poverty leadership of Lafayette over the decades.

“The Civil Rights Movement of the 1960s is one of the most significant and transformative social movements in history and lead to sweeping changes for equality throughout the United States. The PuLSE Institute is honored to carry on the spirit and mission of that movement with the Lafayette Center, named for one of the architects of the movement, the venerable Dr. Bernard Lafayette,” Patterson said. “His coordination of the 1968 Poor People’s Campaign was remarkable and transformational for its time, and it remains necessary in the 21st century as the poverty gap continues to widen expansively. Here at The PuLSE, we are privileged to establish the Lafayette Center to train leaders for the future as champions for the poor and dispossessed, true to the mission and message of Dr. Martin Luther King, Jr. in his quest against poverty and fulfillment of human rights.”

C. Paschal Eze, the chairman of the board of The PuLSE Institute, noted that, “It is very significant that PuLSE is initiating such a global value Center right here in Detroit. A man of enduring integrity and infectious humility, Dr. Bernard Lafayette played a gargantuan but mostly unsung role in the consequential civil rights movement and has continued to lead the way in nonviolence scholarship and training around the world. I am pleased that the Center will work to preserve and promote such scholarship and training, with special emphasis on equipping and encouraging emerging transformative leaders.”

For more information about The PuLSE Institute visit www.thepulseinstitute.org