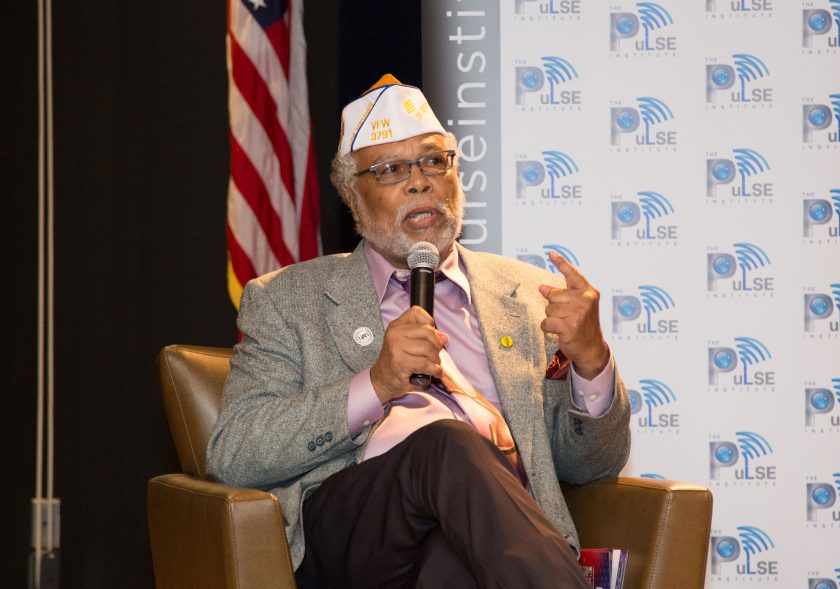 Editor’s Note: Sam Riddle is an honorably discharged Vietnam era veteran and a graduate of the University of Michigan Law School. Riddle has over 45 years of experience in management, political and media consulting with emphasis on crisis management. He is currently a senior fellow at The PuLSE Institute, focusing on veterans’ poverty and Detroit’s economic recovery. He’s also the host of Riddle @Random broadcast 9-11am weekdays on 910 AM Super Station. For submission inquiries contact Bankole Thompson, the editor-in-chief of the Institute at info@thepulseinstitute.org.

Fifty-three years after the 1967 Detroit rebellion sparked in part by police brutality and systemic racism, twenty-nine years after the dastardly beating of Rodney King in Los Angeles, which triggered nationwide riots, we should not marginalize the pain and anger of black people, who are currently demanding an end to police brutality after the latest killing of George Floyd in Minneapolis by a white police officer.

For example, the incessant media narrative that the protests in Detroit against police misconduct is squarely the work of “outside agitators” or even paid foreign provocateurs, makes light of the deep frustrations and the traumatic experiences of black people who have been protesting racist policing in this nation for generations and our struggle for systemic overhaul.

Detroit police chief James Craig and others who are pushing the “outside agitators” narrative need to be reminded that many Detroit police officers, who are supposed to be protecting Detroiters and their right to protest don’t live in the city including some prominent black ministers who are staunch supporters of Mayor Mike Duggan. That is a shame that must be borne by the legacy of a select group of some Detroit activists who probably would have enabled the status quo to detain Detroiter and civil rights activist Viola Liuzzo from going South, and sanction a Breonna Taylor-type of “no knock” raid on Frederick Douglass in Detroit before he met with John Brown.

In the America whose military I served, there are no outside agitators in a nation when common interests such as battling extreme poverty, systemic racism and fighting for humane policing converge. Truth be told nothing is more American than upsetting the status quo to get meaningful results for economic justice and ending the nightmare of police brutality.

That is what leaders of the Civil Rights Movement did during the 1950s and 1960s.

“Certain conditions continue to exist in our society, which must be condemned as vigorously as we condemn riots. But in the final analysis, a riot is the language of the unheard. And what is it that America has failed to hear? It has failed to hear that the plight of the Negro poor has worsened over the last few years. It has failed to hear that the promises of freedom and justice have not been met. And it has failed to hear that large segments of white society are more concerned about tranquility and the status quo than about justice, equality and humanity,” said the Rev Martin Luther King Jr. “And so in a real sense our nation’s summers of riots are caused by our nation’s winters of delay. And as long as America postpones justice, we stand in the position of having these recurrences of violence and riots over and over again. Social justice and progress are the absolute guarantors of riot prevention.”

Protest is how we get concessions in our demand for equality. A still viable black bank was established in the aftermath of the 1967 Detroit uprising as were humane reforms to police practices, hiring and promotion of blacks, federal and state funds for job training flowed into the city. But pleading that is premised upon perceived respectable and approved analysis only gets a nod of agreement with few measurable outcomes because those in power typically give a deaf ear to the cries of the oppressed. They can’t hear us because some are too busy wallowing in white privilege while at the same time being enabled by their black enablers of the status quo, who make a living pimping the aspirations of poor black people who are already victimized by neglect of the very ones they vote for in an auto-pilot fashion.

Poverty remains the dominant issue in Detroit today, as the city is deemed the worst city in America for veterans. Veterans who have died as a result of the coronavirus are often uncounted as casualties of COVID-19, and could not be accorded any military funerals during a pandemic that has rendered Detroit a slaughterhouse for blacks. We are dying inhumanely disproportionate to our share of the Michigan population.

As bad as Detroit is for veterans it may be worse for children. More than 50 % of Detroit children wake up every day in abject poverty. This, in a city struggling with an overall pre-coronavirus pandemic poverty level of 33.4 %.

The backdrop of the pandemic coupled with Detroit’s generational underlying conditions of poverty and water shutoffs enabled by the malignant neglect of  white liberals like Governor Gretchen Whitmer, who looked the other way saying there was no data to justify keeping the water on in Detroit prior to the official arrival of COVID-19 is mind-boggling.

All of these signs of neglect of black people’s needs coupled with the demands for reforms in policing are overbearing for many Detroiters. That is why in our quest for reform in policing, we must beware of those who would want to inflict the military on predominately black cities under the guise of ensuring law and order. Dr. King warned about the white moderate, who he noted is more interested in maintaining order than fighting for justice. We have been down that road and must be cautious of those we form coalitions with to ensure that they are allies not agent provocateurs, who are simply used as a tool to disrupt the genuine quest for equality for black people.

On my two-hour daily radio show on 910AM directed at Detroit and southeast Michigan, I always open the show with a theme music by bluesman and the son of a sharecropper John Lee Hooker, “The Motor City Is Burning.” The lyrics of that song makes you smell the smoke of  the bloody thickness of the 1967 rebellion in Detroit that was sparked in part by police brutality.

Several years later, we would witness burning city in California with the Rodney King riots. I vividly remember the madness of it all because I was in Washington D.C., when the call came in that something was happening in South Central Los Angeles.  I was then on the campaign of former California governor Jerry Brown for president. Our campaign headquarters was in Santa Monica. I knew the territory. Wheels up. On the plane was civil rights leader Rev Jesse Jackson and Congresswoman Maxine Waters. I had crisscrossed the nation as Jackson’s lead advance man in his 1984 presidential campaign and also served as state field director for his second run in 1988 when we beat Michael Dukakis in the Michigan presidential primary. Later, I would be elected as a delegate to the 1992 Democratic National Convention representing California zip code 90210 at Madison Square Garden.

I recalled leaving light travel gear in the offices of then Los Angeles Mayor Tom Bradley, and walked with Jackson through Los Angeles’ ravaged areas burned out by anger at the police and Korean shop owners that guarded their businesses with weapons that appeared larger than those whose fingers were on the ready trigger.

I can still smell that smoke and feel how my eyes watered from all of it. I called, tried to get Jerry Brown to join us. Staff with more clout advised him against coming because it was too dangerous.

Rodney King’s memory is still with us. The legacy of race and policing is very much alive today as demonstrated by the death of George Floyd.

For eight minutes, forty-six seconds, the white cop Derek Chauvin, pressed his knee on the neck of George Floyd. The world screamed ever so silently as a collective soul deep rage mated with a need for action that screams aloud “No More – Stop It – Now!”

In Detroit, we must commit to  continue to fight against police misconduct and remind those who look the other way that poverty is the fire that must be extinguished in the Motor City right now because we are already in a burning house of inequality.