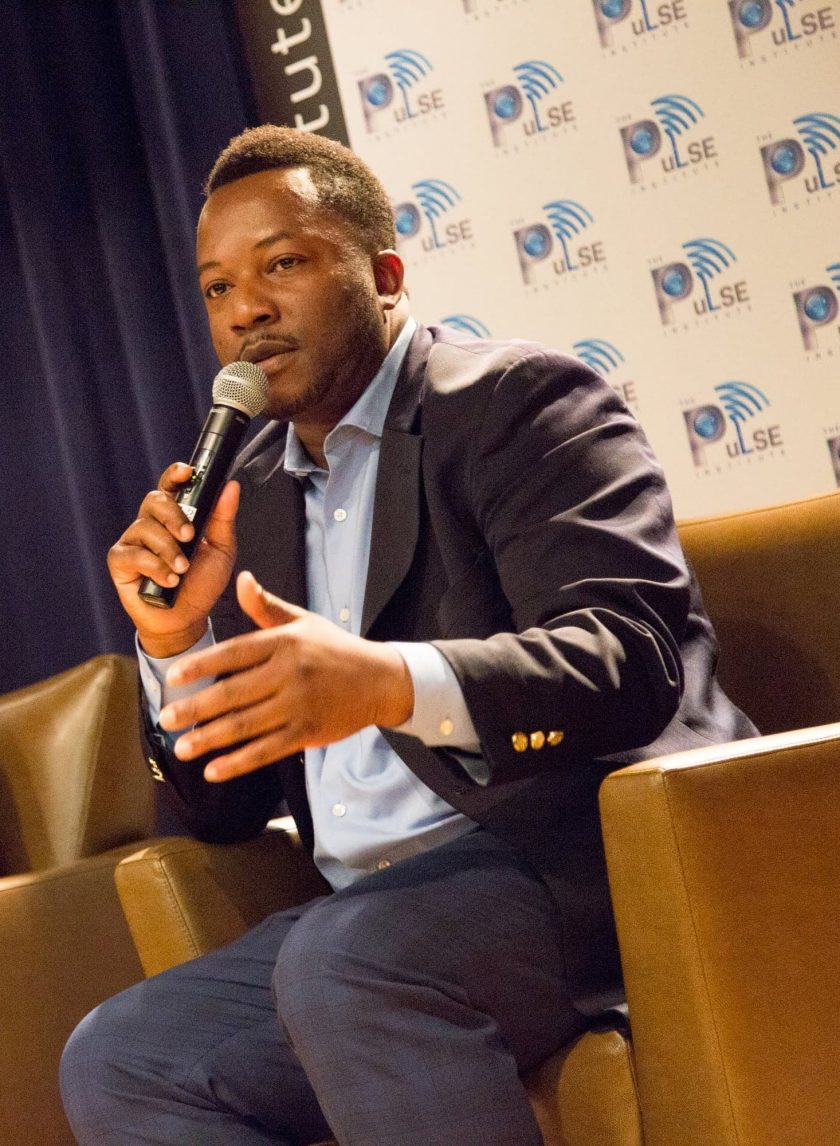 Bankole Thompson, the editor-in-chief of The PuLSE Institute, Detroit’s independent anti-poverty think tank, was featured today in De Standaard, the leading Dutch-language newspaper in Brussels, Belgium, the home of the European Union, speaking about the death of George Floyd, police brutality, and what it portends for American cities like Detroit.

Thompson, a nationally renowned journalist and culture critic, who is a twice-a-week opinion columnist at The Detroit News and the host of Redline, a popular daily two-hour radio show on 910AM Super Station-Detroit, was interviewed in an extensive hour long Q&A with Ine Roox, foreign desk reporter covering the United States for De Standaard, which has a daily readership of 715,000, and has been publishing since 1918.

Thompson talked about the wider implications of Floyd’s death and what it means for the administration of justice in cities like Detroit, which is the largest black city in America. He told the major European newspaper that the black rage that the rest of the world is seeing on the streets of America, “spans several generations,” transcending the Donald Trump presidency, and that even “Obama also couldn’t stop the violence.”

The interview began with Thompson being asked about the state of affairs in Detroit. He offered this: “Similar to the atmosphere in other American cities. Also here in Detroit, the city with the largest Afro-American population in the US, people take to the streets, angry and worried about the status quo around police violence, especially against black citizens. What we now see on the streets of America is the pain, the suffering that generations of blacks feel and have already felt because of the racist practices of the police. The people are really tired of it now.”

Asked about George Floyd and how his death has angered so many blacks, Thompson, said, “Exactly, and that’s why the calls for calm and rest sound rather hollow. The demonstrators see no structural solution. This happens so often, and so rarely is the policeman in question subsequently convicted. That makes people angry. They believe it’s just waiting for the next video with another fatal incident. In February, just before the corona crisis, it was my turn to give the annual speech at Michigan State University on the theme “from slavery to freedom”. I chose the title: ‘Black Lamentations: The Redemptive Need for Healing in American Democracy’. You can see that on the street now. One long cry for human rights, one big call for the dignity of black citizens.”

During the interview, Thompson was asked repeatedly about President Donald Trump.

“For eight years we had a black president, but Obama couldn’t stop the police aggression either. Everyone now knows who Donald Trump is. He continues to rile up his radical base. Trump has further aggravated the climate, but what the protesters in America’s streets are asking goes beyond him. The grievances and demands are older than this presidency. The black rage spans several generations,” Thompson said. “That’s why I don’t want to talk too much about Trump, nor about the emphasis he’s now placing on the violence and looting in the margins of the demonstrations. All violence must of course be rejected, but focusing on that is a distraction from what this is really about. The focus is on deadly police violence and the struggle of blacks for recognition of their human rights and their human dignity.”

Thompson, the editor-in-chief of The PuLSE Institute added, “Of course you need national leadership, but Trump doesn’t decide who will be the mayor of Detroit or Minneapolis. And the mayors of those cities appoint the chief of police of the local police force. That’s why I expect a lot more action from the cities, the local police forces and the individual states. The reform will not be imposed from above, and therefore the change must come from below. If there is a fatal incident with a police officer, the chief of police can take the responsibility for it by resigning himself. Or the mayor can fire him. The officer in question must be arrested and tried and given an appropriate sentence.”

You can click on this pdf link to see the full interview in De Standaard.Download