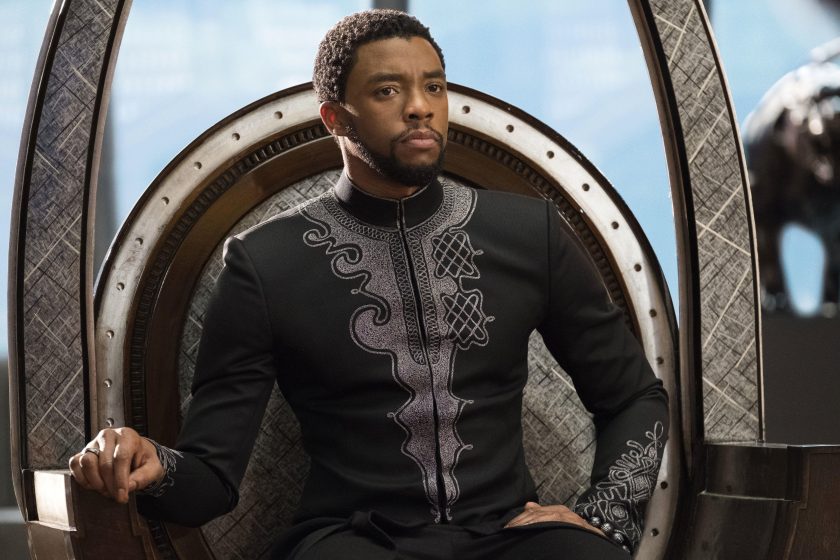 The PuLSE Institute is deeply saddened by the sudden loss of the brilliant and courageous actor Chadwick Boseman at the age of 43. Through his work, he brought to life the strength, dignity, and perseverance of legendary Black historic figures such as Jackie Robinson, the first Black player in Major League Baseball, and Thurgood Marshall, the first Black justice of the United States Supreme Court. Chadwick portrayed and presented the finest of the Black experience to the mainstream, which often ignores this essence of Black humanity, and he did so while privately fighting colon cancer, the battle for his life.

His impact was perhaps felt most deeply as King T’Challa in the epic movie Black Panther set in the fictional African nation of Wakanda. One of the most culturally significant movies in our lifetime, Black Panther showed the world the true beauty and intelligence of Africa and its people. Black Panther shattered decades of cultural stereotypes which transcended generations, and that too often portrayed Africa as inferior and eternally destitute. The movie instead presented the world with the authenticity and fullness of Black humanity that is hardly presented when the story of Africa is told.

Ousmane Sembène, the internationally renowned Senegalese writer, artist and filmmaker, who is known as the father of African cinema, and whose literary canon challenged colonialism and its portrayal of the continent of Africa, once noted that, “If Africans do not tell their own stories, Africa will soon disappear.”

Boseman was a true African in every sense of the word who in Black Panther told the enduring, complex and resilient story of one of the most misunderstood continents in the world. He did so with grace and with an educated understanding that culture is the bedrock  of every human civilization. In essence, he was an African cultural ambassador to the world, and Black Panther was the prized artwork of his cinematic gallery.

As the anti-poverty think tank headquartered in Detroit, America’s largest Black city, we at The PuLSE Institute understand and deeply appreciate the importance of a movie like Black Panther and its transformational power to uplift an oppressed people who are too often told nothing can be done to change their manufactured circumstances. We recognize that one of the redeeming goals of the movie was to rescue the image of Africa from the clutches of permanent damnation, and to forcefully reconnect African Americans to their storied and celebrated origins of greatness that has long been buried in the Hollywood propaganda.

Shortly after the movie premiered in 2018, our editor-in-chief, Bankole Thompson, who is a twice-a-week opinion columnist at The Detroit News, poignantly explained in his newspaper column the cultural impact and significance of the movie, stating: “It is largely about expressing a strong sense of pride, history, and culture for generations of Blacks who have felt removed from their African identity since the first African slaves arrived in Jamestown in 1619. The need to affirm one’s true identity has been part of the African-American experience.”

In these times of racial turmoil, in the era of Black Lives Matter, we look to Chadwick Boseman as an example of a man who uplifted his people and championed equality for Black humanity. We also cannot ignore the remarkable concurrence of his death on August 28, which is also the same day that the 20th century Black scholar W.E.B. Du Bois died in 1963. A Pan-Africanist, Du Bois, later returned to Ghana, West Africa, where he lived and died in a cultural reconnection that resembles the thrust of Black Panther, which sought to inculcate in African Americans the beauty and the liberating experience of embracing their roots.

Black Panther showed that at the center of the true African pilgrimage, lies the indomitable and long-lasting power of the Ubuntu philosophy among people of African descent, which in the South African Bantu language means, “I am, because you are.” That is what Chadwick Boseman gave to the world. And we are better for it. He was indeed our Black superhero.