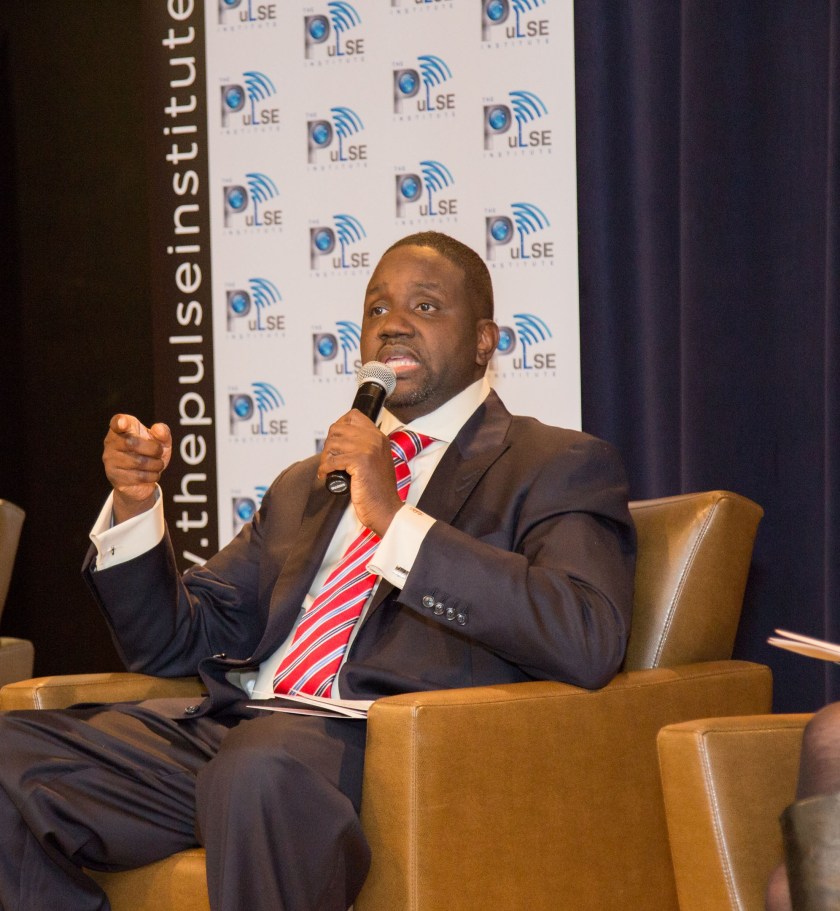 Detroit’s independent anti-poverty think tank, The PuLSE Institute, is launching a groundbreaking lecture series beginning the first quarter of 2021 to examine how the church is dealing with the Black freedom struggle, shaping public life and influencing social change. In an age where the identity of the church, especially the Black church, has become the subject of much debate as it faces questions about its true commitment to the issues of social and economic justice, the series will examine the church’s imperative to social transformation.

The new series called the  Reverend Solomon W. Kinloch Jr. Lecture Series on Church Influence on Social Equity and Economic Justice, is named after Solomon Kinloch, a prominent Detroit pastor, who is one of the leading voices from the faith community pushing for an inclusive economic recovery in America’s largest Black city.  Kinloch is the senior pastor of Triumph Church in Detroit, which Outreach Magazine, the Christian publication, has billed as one of the fastest growing Black congregations in the nation.

The series will particularly examine the didactic message of the Rev. Martin Luther King Jr., who in his Letter From Birmingham Jail, handed down a challenge to the church to be an anchor of social progress.

“There was a time when the church was very powerful—in the time when the early Christians rejoiced at being deemed worthy to suffer for what they believed. In those days the church was not merely a thermometer that recorded the ideas and principles of popular opinion; it was a thermostat that transformed the mores of society,” King wrote. “Things are different now. So often the contemporary church is a weak, ineffectual voice with an uncertain sound. So often it is an arch-defender of the status quo. Far from being disturbed by the presence of the church, the power structure of the average community is consoled by the church’s silent—and often even vocal—sanction of things as they are.”

King noted, “But the judgment of God is upon the church as never before. If today’s church does not recapture the sacrificial spirit of the early church, it will lose its authenticity, forfeit the loyalty of millions, and be dismissed as an irrelevant social club with no meaning for the twentieth century. Every day I meet young people whose disappointment with the church has turned into outright disgust.”

His ministry has provided extraordinary growth and dynamic leadership both in terms of its community outreach and ministry initiatives, which include providing tens of thousands of free meals, offering annual scholarships to teens, and various free community empowering workshops that promote healthy financial, mental, physical and spiritual living.

Kinloch, who is leading a relevant and contemporary Black church that sits at the intersection of social justice and the gospel, has received numerous awards including an induction into the Martin Luther King Jr. College of Ministers and Laity at the MLK International Chapel at Morehouse College in Atlanta. He was honored with the Pastor of the Year award by the Southern Christian Leadership Conference, co-founded by Dr. King and he also received the Herald Award from the Detroit-Windsor Metropolitan Christian Council for the social impact of his ministry.

“The Black church continues to remain the primary beacon of hope as African Americans continue to struggle for freedom, strive to shape public policy fair for all and influence social change. As the country finds itself plagued under the darkness of the pandemic, civil unrest and racial divide, it is imperative that the voice of the Black church become more thunderous than ever,” Kinloch said. “The community cannot afford for the church to respond to today’s imminent disparities as spectators but we must urgently utilize our platform and influence to force transformation that is imperative to the survival of our community. I applaud The Pulse Institute, which is a very vital platform and an influential institute in our community on recognizing the significance of the Black church and propelling a series of thought provoking dialogue to challenge every church to manifest the meaning of service beyond the sanctuary.”

Attorney Tina M. Patterson, the president and director of research at The PuLSE Institute said the series is a timely and relevant addition to the Institute.

“The Black church has historically served not only as a spiritual pillar of community, but a significant political platform to advocate for justice and equality for Black people, particularly those surviving on the margins,” Patterson said. “The Black church has fought disenfranchisement of the Black vote and led the historic Civil Rights Movement through icons of justice such as the Reverend Martin Luther King, Jr., the Reverend CT Vivian, and the Reverend Joseph Lowery.”

Patterson added, “Even in our current time, the immeasurable influence cannot be overlooked, particularly with the recent Senate election of Reverend Raphael Warnock, Senior Pastor of the historic Ebenezer Baptist Church, former spiritual home of Dr. King. This direct representation of the Black church in the Senate, along with the courageous advocacy of other modern religious leaders such as Pastor Solomon Kinloch, gives renewed hope for the longstanding battle for equality in the Black Community, and The PuLSE Institute is honored to explore this crucial intersection of political mobilization and community advocacy.”

Bankole Thompson, a nationally renowned journalist who is the editor-in-chief of The PuLSE Institute and the dean of the Academy of Fellows, said the series is necessary as debate about the relevance of the Black church continues.

“Pastor Solomon Kinloch represents the future of the Black church. His ministry is authentic and he loves Black people. That combination makes for a combustion of social transformation,” said Thompson who is a twice-a-week opinion columnist at The Detroit News. “The late great Black theologian Reverend Cain Hope Felder, former longtime professor of divinity at Howard University, lamented about the under-utilized power of the Black church and the fact that it remains a sleeping giant. This series will help to answer some of the questions that Felder and other remarkable Black theologians like James Cone, wrestled with about the challenges facing the Black church. There is no place to have this ongoing dialogue for social change than in Detroit, the nation’s largest Black city.”

Thompson added, “The public life of the Black church is an integral part of the history of the Black pilgrimage in America. It is not lost on us that Dr. King and the deputies of civil rights including our own Reverend Bernard LaFayette Jr., a member of The PuLSE Institute National Advisory Panel, were ordained ministers who put socioeconomic meaning to the gospel. It is time to rekindle that meaning with this series because Black lives do matter.”