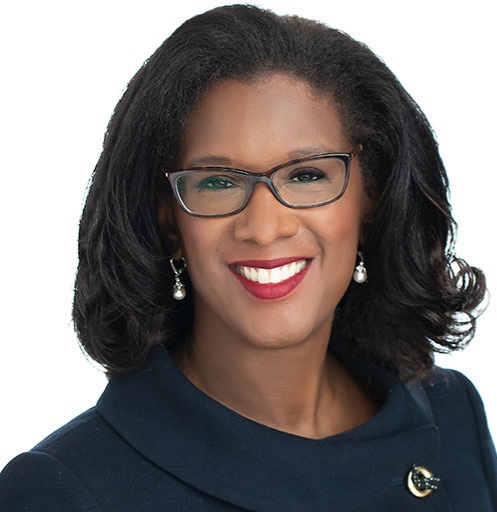 Detroit Gears up for October Benefit to Address Inequity and Suicide

By Kenyatta Stephens and Rabbi Daniel B. Syme

The COVID pandemic has been accompanied by a rising tide of suicide in the United States. Today, close to 50,000 individuals each year die by suicide. No age group is immune from this epidemic.

Isolation, loneliness, job loss, lock downs, as well as constant reminders about sickness and death, are all stressors that have led to suicidal ideation and actual suicides among the elderly, U.S. Veterans (20 per day), and among LGBTQ+ youth and adults.

But early findings of studies over the past year have pinpointed one group that has seen a clear increase in suicide, and that is among African Americans.

The Single Soul Suicide Prevention program at Jewish Family Service in West Bloomfield, Michigan, taught by renowned psychotherapist GiGi Colombini, has already trained over 100 leaders of the community in signs of suicide and possible intervention.

Early on in the program, a bond was formed between Jewish Family Service (JFS) and Black Family Development, Inc. (BFDI), headquartered in downtown Detroit. Key staff members of BFDI were trained in suicide prevention and initiated new training efforts for both clinical, and non-clinical BFDI staff.

And none too soon. For the statistics paint a clear picture.

The 2015 Centers for Disease Control Prevention’s biennial Youth Risk Behavior Survey reported that, compared to non-Hispanic white boys, African American high school boys are more likely to have made serious suicide attempts that require medical attention. A 2019 study in the Journal of Community Health showed that suicide rates among African American girls, ages 13-19, nearly doubled from 2001 to 2017. For African American boys in the same age group, over the same period, rates rose 60%.

Equally important, from 1991 to 2017, incidences of suicide among African American adolescents have increased by 73%, due to exposure to racial discrimination and violence, which reinforces stress and depression.

There was a time when suicide was labeled “a white man’s disease.” Today, and clearly in Detroit, and predominantly in the African American community, statistics demonstrate that African American individuals endure more intense and frequent mental and behavioral health difficulties than their counterparts, at least in part related to poverty and exposure to racism and discrimination, both of which disproportionally affect minorities. It also has been shown that African Americans receive less medication, due to racial bias, lower income, and insurance status.

At Black Family Development, Inc., non-clinical staff members are being trained in the Question, Persuade, Refer (QPR) Suicide Prevention Program. BFDI’s clerical staff is developing increased competency in the Patient Health Questionnaire 9 (PHQ9) to screen for the presence and duration of suicidal ideation.

Both Black Family Development, Inc. and the Single Soul Suicide Prevention of Jewish Family Service are determined to be lights of hope with life-saving programs.

We have joined forces to present a play at Cass Technical High School on October 21, 2021.

“Right Before I Go,” written by Detroit native Stan Zimmerman (“The Golden Girls.” “The Gilmore Girls,” “The Brady Bunch Movies”) is a powerful presentation of suicide notes written by prominent individuals just before their deaths. Stan will narrate the play as part of a cast that currently includes Detroit natives Lily Tomlin and Hill Harper. Proceeds of the play will serve to make possible Suicide Prevention Trainings at Black Family Development, Inc. and Jewish Family Service.

Tickets for the 2021 Reach for Hope Benefit can be purchased on The Reach for Hope Eventbrite page, located at https://www.eventbrite.com/e/the-2021-reach-for-hope-benefit-tickets-169727408247?aff=ebdsoporgprofile.

Let us join together to save lives!

Kenyatta Stephens is the Chief Executive Officer Black Family Development, Inc. Rabbi Daniel B. Syme, a senior fellow at The PuLSE Institute is the founder of  “A Single Soul”, which is a program of the Jewish Family Service in metro Detroit. Bankole Thompson, the editor-in-chief and dean of The PuLSE Institute is a member of the Reach for Hope Benefit Committee.