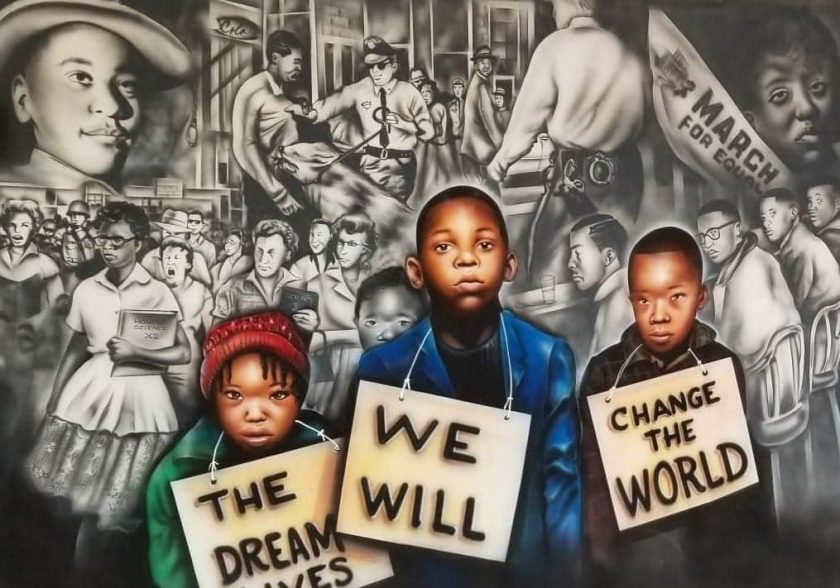 “Most schools were infested with vermin. Students and teachers frequently encountered rats, mice and cockroaches. Teachers arrived early to dispose of mice feces, bringing their own cleaning materials, traps and sprays.”

The future of the Detroit Public School Community District will be shaped in part by how much resources are provided for students and teachers under the new leadership. Because history shows that many classrooms in Detroit schools did not have books, and the books available are often decades out of date, defaced and missing pages.

For example, a U.S. history class in one high school used books published in 1998. Elementary school classrooms had only picture books. Core science courses had no books in their subject areas. Many students were never provided a book to take home to do homework during their entire school career.

At one high school, the classroom set of books numbered five for a class of close to 30 students and an economics class had 25 textbooks for 118 students. Resourceful teachers scoured garage sales and donor websites to attempt to find some way to bring books to their classrooms. Many spent thousands of dollars from their paychecks to purchase texts for their students. Affluent school districts like Grosse Pointe donated surplus books no longer used in Detroit schools, a fact of which the Detroit students were well aware.

Nor were state-mandated course curricula available in all Detroit schools. As a result, students were assigned to courses they had already taken, or subjects having nothing to do with their future plans. A high school student who hoped to become a nurse was assigned to a French class because there were not sufficient numbers of science teachers at her school. Some courses were disbanded midstream because a teacher left during the school year.

The conditions in the schools made learning impossible. Extreme temperatures in the 90’s, even as high as 110 degrees at one school, caused students and teachers to faint, throw up and suffer heat rash. In winter, temperatures dropped to freezing. Students and teachers wore heavy winter coats, scarves and hats and could see their breaths. Not all students had adequate winter clothing, so they just shivered all day. School days were cancelled or shortened.

Most schools were infested with vermin. Students and teachers frequently encountered rats, mice and cockroaches. Teachers arrived early to dispose of mice feces, bringing their own cleaning materials, traps and sprays. Drinking water in schools was toxic. Toilets did not work, bathrooms lacked doors on stalls, even soap and toilet paper.

In September 2016, over 60 years after Brown v. Board of Education, a federal civil rights suit was filed on behalf of Detroit students at a number of elementary, middle and high schools to correct these inequities. Supported by teachers, community groups, the City of Detroit, the American and Detroit Federations of Teachers, the suit is the first of its kind to seek a constitutional right of access to literacy under the Fourteenth Amendment and equal treatment and opportunity for the children of Detroit. Nearly all of the students in Detroit are children of color from low income families, in relation to their counterparts in affluent districts like Grosse Pointe, Ann Arbor and Bloomfield Hills.

The state of Michigan and Governor Rick Snyder, defendants in the litigation, have aggressively defended the conditions described against legal challenge and asserted that no such constitutional right or claim for equality of access exists under the United States Constitution.

The author, Mark Rosenbaum, a distinguished civil rights lawyer, who represented Cesar Chavez in the 1970s and assisted Coretta Scott King on some legal matters, is the lead counsel in the ongoing Detroit’s right to literacy case that is currently before the U.S. Sixth Circuit Court of Appeals in Cincinnati. He is director of the Public Counsel Opportunity Under Law . This is a three-part series on education Mr. Rosenbaum is writing for The PuLSE Institute for greater public awareness about the issue of inequality and poverty facing Detroit school kids.