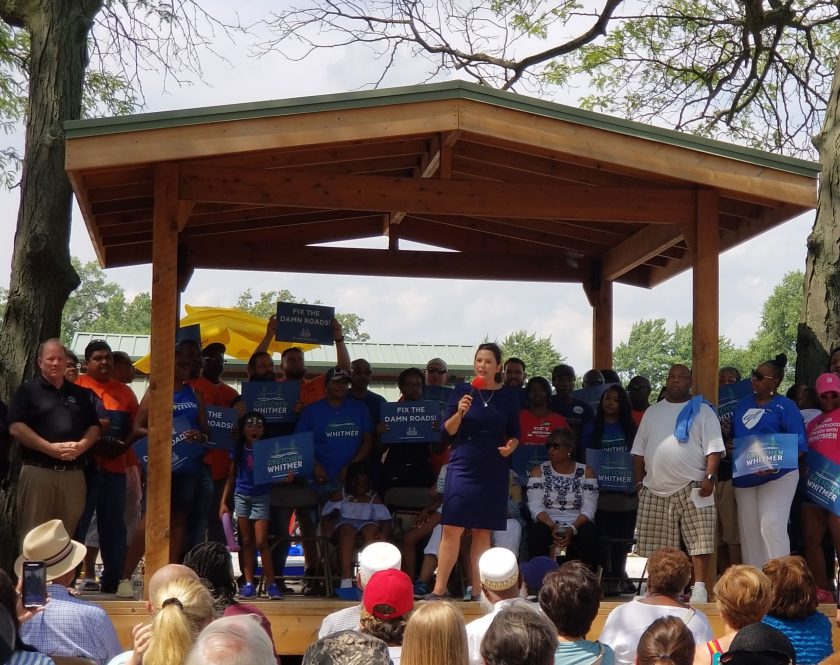 The results are in, and the long-reported blue wave has swept across Michigan. Nowhere was it felt more prominently than at the highest executive office in the state, as Democratic gubernatorial candidate Gretchen Whitmer will now replace outgoing Republican governor Rick Snyder as the most powerful state official upon her inauguration in January.

While Whitmer famously campaigned on fixing the damn roads, which is no doubt a necessary investment in public infrastructure, what cannot be forgotten or overlooked is her campaign promise to appoint a cabinet level secretary of poverty. She first made the announcement before hundreds of Detroiters at the Gubernatorial Town Hall on Poverty in February held at Martin Luther King Jr. Senior High School and moderated by Bankole Thompson, editor-in-chief of The PuLSE Institute.

Far too often, campaign promises are given to ease constituent concerns and entice them to vote in favor of that candidate. Poverty is rarely a talking point on the campaign and talk of a poverty official in a governor’s cabinet is unheard of in this era, despite evidence of its bitter existence.

Upon taking office, Whitmer will govern a state that is home to the largest poverty city in the United States, Detroit. With 35 percent of Detroit residents living in poverty, including an astonishing 50 percent of its children, the task ahead for her administration is daunting and arduous without a doubt.

Additionally, Whitmer must provide solutions for the troubled Detroit Public School Community District, still lingering from the tarnished residue of state controlled takeover and the imposition of emergency management from previous Republican and Democratic administrations.

Aside from Detroit, Michigan public education overall is failing its students, with 4th graders ranking in the bottom half of math and reading proficiency nationwide. Education has long been regarded as a key to a better future, and while it is a valuable resource, it is certainly not the exclusive means to overcoming or even addressing poverty. Whether it is unequal access to education, lack of affordable healthcare, unemployment and low wages, or not enough food on the table to feed a family, poverty encompasses the daily lives of too many Michigan citizens.

Whitmer’s bold declaration underscores the seriousness of the effects of poverty and the need to place poverty as a priority in government affairs. Her unprecedented move is timely and necessary in combating poverty and growing inequality in Michigan.

Given the weight of this history and its potential to drastically improve the lives of thousands of Michiganders, the selection of the poverty secretary must be prudent. The work must be strategic, and results must be measurable, meaning the post must not be a nominal position, but a well-thought and productive assignment.

Governor-elect Whitmer can distinguish herself from her predecessors and define her legacy as governor of the state of Michigan as a champion of equality. She has the opportunity to redefine the party of the big tent as truly inclusive of all people, including the poor who are often left out of the discussion. With a poverty liaison in the governor’s cabinet, the voice of the poor will no longer be unheard.

Tina M. Patterson is the president and director of research at The PuLSE Institute, an independent non-partisan anti-poverty think tank based in Detroit.