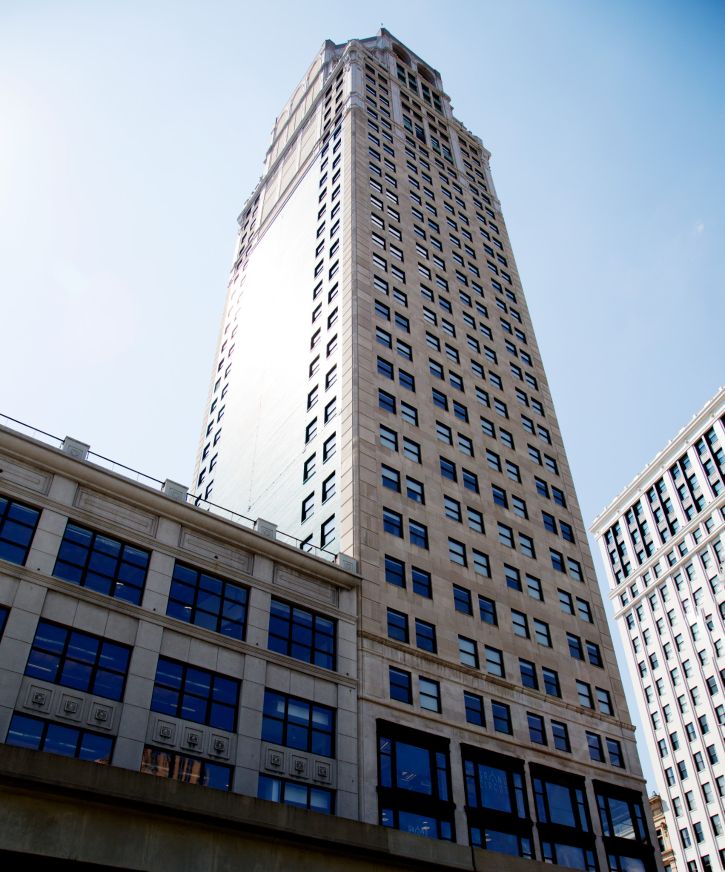 Detroit, newly emergent from the historic bankruptcy, left many in the community skeptical about the apparent prosperity of a fresh financial slate, as evidenced by this sentiment expressed at a 2015 community meeting from a concerned resident in my Detroit neighborhood.

What quickly followed the bankruptcy was a surge of development in the downtown and midtown areas with major projects such as the Q-Line and Little Caesars Arena, along with a slew of new bars and restaurants to experience. Meanwhile, poverty and loss of home ownership persisted, and while not directly correlated to the bankruptcy, we have seen tax dollars flow to fund such significant development deals, with lack of matching investment to address poverty and affordable housing.

When the remark about development equating to displacement was uttered, I distinctly remember some scoffing at such a negative expression. However, a recent Detroit News report confirms there is validity to the statement and that the events are not mutually exclusive. According to the report, Detroit faces a massive displacement of up to 10,000 renters by 2023 due to low-income tax credits set to expire in the upcoming years, and specifically indicates that areas most at risk are ripe for redevelopment, including downtown and Midtown.

This report is most significant considering the persistent and widespread poverty facing the city and the fact that Detroit is a majority renter occupied city. The report validates what many in the community have expressed about the unequal comeback of the city and is further confirmation of evidence of growing economic inequality in Detroit. This fact is also supported by Moody’s, which recently expressed the need for Detroit to grow outside of Midtown and downtown for a true economic recovery.

The laments about two Detroits can no longer be treated as tiresome grievances by angry residents, but rather documented proof that Detroit is not thriving for those who cannot afford to partake in the joys of the recovery. The economic imbalance and inequality in Detroit is not a fiction, and now the city is being held to task in acknowledging poverty as a problem and forced to create viable solutions or face economic demise.

While the city has produced plans to address this particular housing need, it must not be shortsighted in dealing with such an impending crisis. Affordable housing is an issue that will not end with a simple allocation of funds. Serious policies solutions must be enacted with the goal of using and generating funds to create and maintain affordable housing as a targeted priority, not simply to avoid this massive displacement, but to build a sustainable future for the city of Detroit.

This is of utmost importance considering that nearly half of Detroit children live in poverty. The good news is that according to the Washington Post, targeting housing assistance to extremely low-income families is the most cost-effective strategy for reducing childhood poverty in the United States.

Implementing policies for affordable housing is often a challenge due to wide variation of housing and zoning laws across the country. Yet rather than conceding to such as an obstacle for creating affordable housing policies, it must be utilized as a strength for local governments to craft policies tailored made for the unique situations within their bounds, and examples are not hard to come by.

For instance, the most popular solution for affordable housing has been an incentive given under inclusionary housing programs known as a density bonus, which allows developers to build more units onsite than current zoning allows, in exchange for onsite affordable units or developer fees.
Furthermore, since 1979, California’s Density Bonus Law has required local governments to provide these density bonuses and other such incentives to developers of affordable housing or housing for other specified vulnerable populations like seniors or youth aging out of foster care.
However, an even wider range of solutions is possible, including supplementing incomes to low income families, offering more subsidies to renters and low-income individuals akin to subsidies offered by homeowners, and affordable housing trusts.
A simple shift in focus from avoiding an unwanted outcome to prioritizing and specifically enacting policies to create affordable housing can lead to long term viable solutions. Lack of affordable housing is not a natural disaster, and for the sake of the future of Detroit, affordable housing must be an economic mandate.

Tina M. Patterson is the president and director of research at The PuLSE Institute, an independent non-partisan anti-poverty think tank based in Detroit.