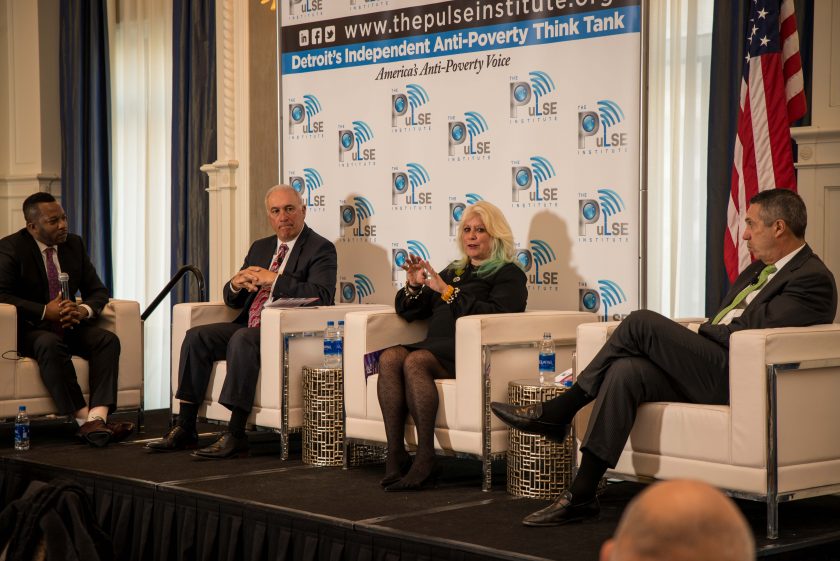 Attacking poverty in Detroit is not sexy.

When combatants take to the battlefield “name calling” is the order of the day as advocates for the “have nots” scream epithets at defenders of corporate welfare and free enterprise. Nothing is achieved during such confrontations other than a few soundbites for a yawning TV audience as self-righteous demonstrators store their signs for the next protest ignored by purveyors of status quo profiteering.

I do not belittle the necessity of protest and outrage at wealth inequality and its ally systemic racism so much as belabor my reality that we must be about the process of achieving measurable results on behalf of those we ostensibly chant and march for including the souls of wealth hoarders be rift of such a concept.

The PuLSE Institute is a Detroit based think tank focused on eliminating poverty by institutionalizing our approach to combat poverty. The reality that such an entity should spring up in the belly of America’s blackest and poorest city, Detroit, is not an unfettered matter.

Prior to the panel discussion Pasky, whom I have known and respected for many years, and I had a brief conversation about the significance of the forum. Cindy’s approach to friendship is unconditional and that inspires freedom to speak openly. We both agreed that the most significant occurrence of the day was that the forum was even taking place with the cast of stakeholders that give a damn about an inclusive tomorrow for majority Detroit. I volunteered that we, in activist Detroit, must move beyond name calling ditto for corporate Detroit. The people deserve much more. Hence from me – no more name-calling when dialogue lays the foundation to produce measurable results.

One Facebook friend wanted to know why was the president of DTE Energy at a forum on poverty when DTE cuts off power/heat of the poor? My response was that the ability of DTE to cut off heat means that DTE can choose to do otherwise too; but if we exclude one with policy making authority what have we done but ensure the status quo?

If we believe that majority Detroit is systemically excluded from bank loans for business or personal credit – why wouldn’t we include a banker?

The attitudinal wedges that divide us as well as values derived from wallowing in profiteering must be set aside if we are to attack poverty in a manner that improves the lives of real people in majority Detroit. We know the history of say, “New Detroit”, and the quicksand that can engulf one, so we tread carefully but we move forward.

The PuLSE Institute CEO Forum on Poverty was simply a historical step forward as we build an army to combat poverty.

Sam Riddle is the political director for the Michigan National Action Network.