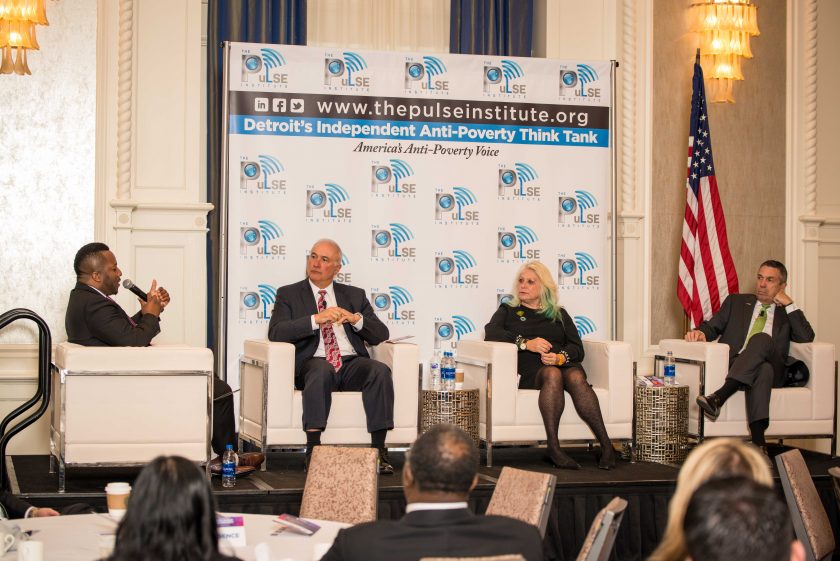 “Past corporate efforts in social responsibility and sustainability have yielded only modest returns. To address persistent poverty and inequality, corporations must reach beyond their own capabilities and partner with other private-sector entities and with governments, communities, and nonprofits to create new ecosystems that will deliver value to all. That will require clear strategies, access to seed and growth capital, and new means of measurement and governance that can maintain alignment, focus, and balance among all participants.”

That was the conclusion of an article in the January/February 2018 issue of the Harvard Business Review, about how corporations can be effective allies in fighting poverty and inequality.

The article “Inclusive Growth: Profitable Strategies for Tackling Poverty and Inequality,” focuses on the developing world: Asia, Africa and Latin America, noting that a billion people in those continents remain victims of extreme poverty.

However, in America, many of our cities – both rural and urban- face challenges that are very similar to those in the developing world including Detroit, which leads the nation among large municipalities as the city with the highest poverty rate.

Therefore, it’s not only developing nations that are textbook examples of stagnation, misery and squalor. Some cities across the nation have almost the same degrading socioeconomic conditions that exist in other third world nations.

That is why Detroit’s unflattering designation as the headquarters of poverty in America, calls for an urgency in dealing with extreme inequality in the city at a time when the economic recovery has been largely confined to a few areas of Detroit outside of downtown and Midtown.

That means Detroit needs a scorecard in battling poverty and inequality. A scorecard will enable us to measure exactly the impact investments that are made by corporations and the foundation community almost every other month, are having in underserved communities.

It allows those who are following the recovery as well as its drivers determine if the right investments are being made, and whether to scale up their contributions to the overall wellbeing of the city that houses their businesses.

In fact, some of the city’s top business leaders are already calling for some metrics to gauge the true impact of headline-grabbing investments of millions of dollars that are supposed to addressing the gaps in the recovery.

Jerry Norcia, president and COO of DTE Energy, Cindy Pasky, president and CEO of Strategic Staffing Solutions and Alessandro DiNello, president and CEO of Flagstar Bank appeared jointly atThe PuLSE Institute CEO Forum on Poverty Series last Monday, where they discussed the need for a benchmark that will show tangible results from the multifaceted corporate investments that have become the hallmark of Detroit’s revitalization.

All three speakers underscored the importance of performance indicators, and accountability measures for programs designed to alleviate poverty and provide employment opportunities to those who have been reduced to spectators of the recovery.

It should matter to anyone who is invested in the future wellbeing of the city to support a scorecard or benchmark that will indicate both the risk and the efforts to reduce poverty in Detroit.

Without it, there is no meaningful way to assess the outcomes or results of certain investments that are designated for certain neighborhoods. Right now, there is no way we can tell if the millions of dollars that corporate titans and foundations leaders in this town are giving out for various projects are truly meeting the needs of Detroiters impacted by abject poverty.

Poverty is not a curse on Detroit. It can be eliminated or drastically reduced based on the kinds of efforts and resources that are marshaled to confront it. And the only way people can walk out of poverty is access to better opportunities to help them determine their own destinies and become productive members of their own communities.

It’s time to act because Detroit continues to rank at the bottom of every social index. Despite the millions of dollars pumped into the city from companies (some accompanied by tax breaks) that are operating in the city, quality of life for the majority of Detroiters remains a constant state of distress.

The United Nations Agenda for Sustainable Development set 2030 as the year to eradicate poverty.

In a 2015 resolution adopted by the General Assembly for this ambitious goal, the UN declared: “We are resolved to free the human race from the tyranny of poverty and want and to heal and secure our planet. We are determined to take the bold and transformative steps which are urgently needed to shift the world on to a sustainable and resilient path. As we embark on this collective journey, we pledge that no one will be left behind.”

Only time will tell. The UN declaration further underscores the seriousness of extreme inequality and how it remains a scourge on humanity. Maybe Detroit’s municipal government will work to make poverty history faster than the UN 2030 goal.

But for now, we need a scorecard.

Bankole Thompson is the editor-in-chief of The PuLSE Institute. He is also a twice-a-week opinion columnist at The Detroit News.