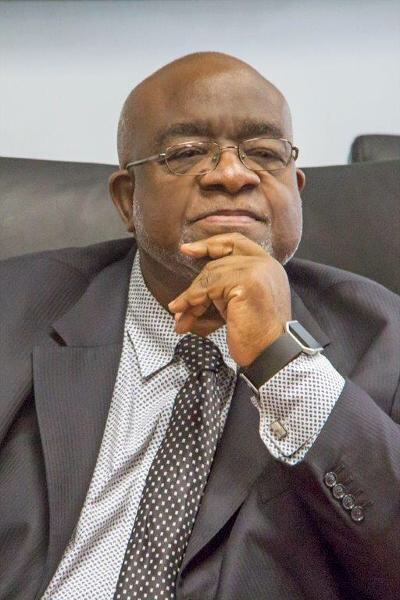 Editor’s Note: Dr. Curtis L. Ivery, the Chancellor of Wayne County Community College District writes from both a personal and professional lens in this column for The PuLSE Institute, where he renders a searing and thoughtful critique of the challenges of poverty in education in America today. For submission inquiries contact the Institute’s editor-in-chief Bankole Thompson at info@thepulseinstitute.org

Our spirits are broken.

That’s the only way I can explain this ongoing heartache, this frustration that we can’t seem to shake. Fifty years after Brown vs. Board of Education, we’re still wringing our hands, poring over reams of data and worrying about how to ensure greater opportunities for disadvantaged youth.

Fifty years after the landmark ruling was supposed to desegregate schools and level the playing field for all children, we’re still sending minority students to substandard institutions and reserving the best for the privileged.

And there doesn’t seem to be any way out. The fact is, school districts around the country are more divided than ever around racial and poverty lines. Instead of moving at the fast-forward pace we had expected, we’re in the reverse mode.  We had a plan, but somewhere along the way, it collapsed.

How could this possibly have happened?  Why do we seem to be stuck?  I have searched for answers in academic journals, studies on gentrification and books about urban renewal – to no avail.  I find myself asking the same questions over and over. How did we let five decades of auspicious goals slip past us?  Without a doubt, there has been some movement forward. More African Americans are earning degrees and the high school dropout rate is declining. But the progress we’ve experienced is a mere blip on a digital landscape that will require advanced math, science, linguistic and technological skills.

Meanwhile, urban youth across America are still trapped in schools with overcrowded classrooms, often in buildings with ceilings that leak. They’re given used, tattered textbooks.  They don’t have sufficient supplies or ongoing computer access. They are not being provided with the tools necessary to prepare them to compete in a global marketplace. It’s as if they’re in a time warp that is transporting them all the way back to the Jim Crow South.

I recognize the similarities because I know them all too well.  I grew up in the Texas Panhandle, one of the most segregated communities in the country.  The school I attended was a small, lackluster building near a narrow row of clapboard houses on the Colored side of town.  We studied lessons from hand-me-down text books and played football in a barren, grassless field. My family and I lived in Amarillo in what was known back then as the Dustbowl.  Wild storms of dust were a regular part of our lives and I still recall scrambling for shelter at the first sign of high winds.

But, in a weird way, those storms were a scapegoat. To this day, I believe they served as a distraction that took our minds off the harsher realities surrounding us: Pervasive unemployment. Blatant discrimination. Blinded by the dust, we blocked out our real problems, always waiting for a glimmer of hope. It was 1954 and the Brown vs. Board of Education decision had just been rendered.  In my community you would have thought it was Christmas.

I was still in elementary school at the time, but even I understood the enormity of this shocking court ruling. Although I didn’t fully comprehend racism and all of its inequities, I was old enough to absorb the notion that, as a colored child, I was considered intellectually inferior.

Due to my parent’s constant encouragement and my own determination to earn good grades I was a high achiever – despite the odds.  I didn’t need incentives. I was a poor child who made it out of Dustbowl on my own. However, I shudder to think about how many children did not fare as well as I did. It was real easy to give up back then.

Clearly, our spirits were broken long ago and, now, the clock has rolled back and, here we are, retracing our steps.  Fifty years after Brown vs. Board of Education, students of color are still being crammed into segregated inner-city schools that are ill-equipped and not meeting fundamental needs.

If we’re going to improve our schools, we have to address all of these challenges including the social as well as the educational gaps.  Yes, years of denying neglect have eroded gains that were made, but we have to come together as a community and deal with some deeper issues. Change cannot happen in a vacuum.  Some people buy into the notion that better opportunities should be the top focus.

If housing and health care concerns are addressed, they believe everything else will fall into place. Once we have thriving communities, then they promise to turn their attention to the schools. But the truth is we’ll never have vibrant neighborhoods, if we don’t establish a strong, viable educational system.

For me, this is a particularly bitter pill to swallow. As an educator, I often want to take personal responsibility for the problems plaguing urban schools in my region. I know I’m not necessarily to blame. But I still chastise myself as well as some of my colleagues for not being as outspoken as we could have been.

I’m disappointed at myself and my peers and contemporaries. I think we’ve let our young people down.

I ask myself if we been loud enough, aggressive enough. Should we have shouted until someone took the time to listen?  Would that have, somehow, slowed this trend?

Maybe we should have demanded more meetings with the appropriate officials, or set up workshops, or created programs and worked harder to convince parents that it is up to all of us. It is our moral duty to take better care of our youth.  It is up to us to figure out what’s wrong and fix it. It’s up to us to determine what needs to be done to guarantee that the next generation is provided with the knowledge they need to succeed.

I see this as the ideal time for us to heal our broken spirits and do all we can to change the social constructs that have challenged us emotionally, mentally and economically. We can start by pouring more of our efforts into education. To do so, we need to ask the hard questions.

Dr. Curtis L. Ivery is the Chancellor of Wayne County Community College District, the largest urban community college in Michigan. A nationally renowned thought leader in American urban affairs, he is the author of numerous books and articles focusing on the crisis of urban education. He co-edited the acclaimed 2011 book, “America’s Urban Crisis and the Advent of Color-Blind Politics: Education, Incarceration, Segregation and the Future of U.S. Multiracial Democracy.”