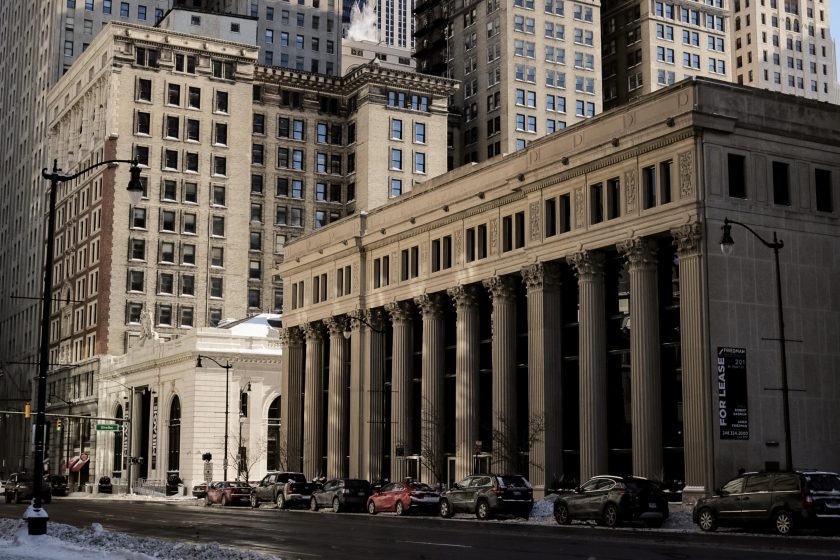 DETROIT, MI, USA March 24, 2019-Those who want to become a member of The PuLSE Institute (Institute for Public Leadership and Social Equity), Detroit’s anti-poverty think tank, now have an opportunity to do so. Members of the public can join an organization that is leading the debate about poverty in the current economic recovery.

So far membership to The PuLSE Institute has been limited. But now students, individuals, groups, academic institutions and other entities can choose categories and benefits of membership by clicking thepulseinstitute.org/membership/

The Detroit-based non-partisan and independent think tank devoted to fighting poverty in the city is more than just an organization. It is more than a platform for rigorous debate about the best equitable solutions to the poverty crisis in Detroit. It is a community of committed individuals who demonstrate a sense of fairness and justice in pursuing the kinds of requisite policies that will remove the barriers to economic opportunities for the many who belong to Detroit’s perennial underclass.

The Institute’s president and director of research, Tina M. Patterson, an attorney and Detroit native said the membership initiative is a clarion call for those who are interested in issues surrounding economic justice to be a part of the Institute’s work.

“Since its inception, The PuLSE Institute has been on the forefront of addressing the devastating issues of poverty and inequality in the most consequential American city that faces these issues, Detroit,” Patterson said. “Our work has garnered significant attention locally and nationally, including members of our National Advisory Panel, who have been championing the fight against poverty and inequality for decades. From Dr. Arun Gandhi, grandson of the legendary Mahatma Gandhi, to Dr. Bernard Lafayette, coordinator of the 1968 Poor People’s Campaign, our members have demonstrated true conviction and sincerity in fighting for the least of these. Now, The PuLSE Institute is opening our membership to the public, inviting them to join us in our mission for a better world for all.”

“What The PuLSE Institute is doing now is writing an important chapter in Detroit’s history to ensure that the needs and challenges of the poor who are out of the bounds of economic opportunities are not forgotten. It is important for anyone who cares about the future of Detroit and our children and in ensuring that true equity is at the table of this recovery be a part of our effort,” Mitchell said. “We welcome anyone who is driven by our mission to join us because what we are doing is simply the right thing to do. The PuLSE Institute is not only here to document and write history, conduct research and analyses and present important forums. The Institute is a voice for the less privileged and the economically broken in Detroit.”

The PuLSE Institute launched on July 4, 2018 was inspired by the writings of Bankole Thompson, a prominent multimedia journalist and author. Thompson has been a powerful voice on the question of economic inequality through his insightful, impactful and impassioned Detroit News columns and community forums on extreme poverty. His writings continue to bring clarity to the dialogue on economic inequality and represent an urgent call to transformative action.

Last October, the Institute announced a groundbreaking initiative called Business Leaders Against Poverty (thepulseinstitute.org/business-leaders-initiative/), which brings together select CEOs and industry captains in Detroit committed to championing poverty alleviation and social inclusion. It is the first of its kind in Detroit, where many are beset by poverty.

For example, the Institute launched an inaugural CEO Forum on Poverty Series March 11 at the Westin Book Cadillac Hotel in downtown with some of Detroit’s top industry captains (www.eventbrite.com/e/detroit-ceos-talk-solutions-to-citys-poverty-at-breakfast-forum-tickets-55535648620) talking solutions to extreme inequality in the city.

The Institute has been expanding its reach and scope in the last couple of months to include issues that espouse its broader mission and objective as Detroit’s premier anti-poverty think tank. In November, the Institute filed a 36-page amicus brief (thepulseinstitute.org/2018/11/26/pulse-institute-files-brief-in-support-of-right-to-literacy-for-detroit-schoolchildren/) in support of right to literacy case on behalf of Detroit’s school children. The historic case is currently before the U.S. Sixth Circuit Court of Appeals in Cincinnati. The Institute was invited to join PEN America, ACLU and other groups in supporting a case that highlights the nexus between poverty and education in Detroit.

Recently, the University of Michigan Bentley Historical Library, indicated that because of the significance of the work of the Institute in Detroit’s current history, it will start archiving the Institute’s website (thepulseinstitute.org/2019/02/12/um-bentley-to-archive-detroits-anti-poverty-think-tank/) to document its work for posterity.