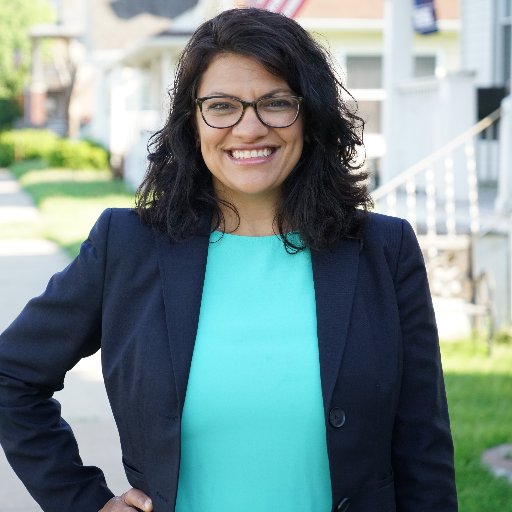 Editor’s Note: In this column written for The PuLSE Institute, U.S. Rep. Rashida Tlaib, D- Detroit explains the nexus between poverty and high cost of auto insurance in Detroit. Tlaib, who represents Michigan’s 13thCongressional District is a member of the House Committee on Financial Services and the House Committee on Oversight and Reform. She is also a member of the Subcommittees on Consumer Protection and Financial Institutions, Housing, Community Development and Insurance, Oversight and Investigations, Economic and Consumer Policy and the Environment. For submission inquiries contact The PuLSE Institute editor-in-chief Bankole Thompson at info@thepulseinstitute.org

The consistently high cost of auto insurance is feeding into the cycle of poverty throughout our nation. Michigan is at the forefront of this crisis.

James Baldwin, the prolific author and activist, talked about how living in poverty is expensive. People living in poverty often pay more for necessities like groceries, and some who are already forced to live paycheck to paycheck are also left to rely on predatory payday lenders, with interest rates that should be outlawed, if they run into a financial emergency. Time and time again, families are forced to pay even more for being in a constant cycle of poverty. One example that is all too familiar to people living in Michigan, particularly in Wayne County, is auto insurance.

In Michigan, we pay the highest rate of auto insurance in the nation. And while much can be said and has been said on about the factors behind the high rates, one constant is that our state legislature has yet to hold the auto insurance industry accountable for their unfair and discriminatory practices.

The use of non-driving factors by the industry reveals that corporations will gladly implement processes that discriminate at their core to justify higher profits. And one of these non-driving factors that targets all of us is the use of credit scores to determine rates.

As a federal legislator, I am limited to what I can do to tackle the high auto insurance rates in Michigan. Much of the work must happen in the state legislature. However, as a member of the U.S. House of Representative Committee on Financial Services we have oversight over how credit scores are used. What does someone’s credit report have to do with their driving history? Absolutely nothing. In April, I asked the heads of the credit reporting agencies and they couldn’t provide an answer.

According to Consumer Reports, a driver in Michigan with a “poor” credit score pays over $3,350 more per year than a driver with “excellent” credit. Auto insurance companies started by using zip codes to set rates, and now they use gender, marital status, and credit scores. All of this is redlining and directly discriminates against people based on their income.

Here’s a surprising note: a driver with a driving while intoxicated (DWI) offense on their driving record and a higher credit score is paying nearly the same in auto insurance rates as someone who has no DWI, a good driving history, but a lower credit score. This is unfair and clearly targets poor and working-class Americans.

We know about the systemic barriers to credit that exist for low-income people. We know about the discriminatory practices that lenders use to deny certain communities, especially communities of color, access to credit and lending. And we know that the cost of living in poverty often means lower credit scores. So, why are auto insurance companies being allowed to use all of this to set rates?

According to a study by Poverty Solutions at the University of Michigan, the city of Detroit’s auto insurance rates account for 18 percent of a household’s median pretax income and are unaffordable in a staggering 97 percent of the state’s zip codes. This means that instead of putting food on the table, paying for childcare, being able to afford rent, or keeping their water and electricity running, families are forced to choose between covering those items and auto insurance – and many have to go without. This means that residents are either forced to drive without insurance, leading to a cycle of criminalized poverty and a possible record that prevents them from obtaining a job, or they are denied access to transportation in a region that is lacking a robust mass public transportation system. All because their credit scores were factored against them.

Recently, I introduced a bill in Congress that would prohibit auto insurance companies from using credit scores to determine rates. I will continue to fight to ensure that these discriminatory practices stop.

Again, there are a number of factors that contribute to the ridiculously high auto insurance in Michigan, but my outrage lies in the fact that many of them have absolutely nothing to do with your driving record. Non-driving factors like marital status, gender, zip code, and credit scores should have no place in setting rates. Allowing insurance companies to continue to determine rates with them will only continue to harm those living in poverty and prevent opportunities for residents to thrive.