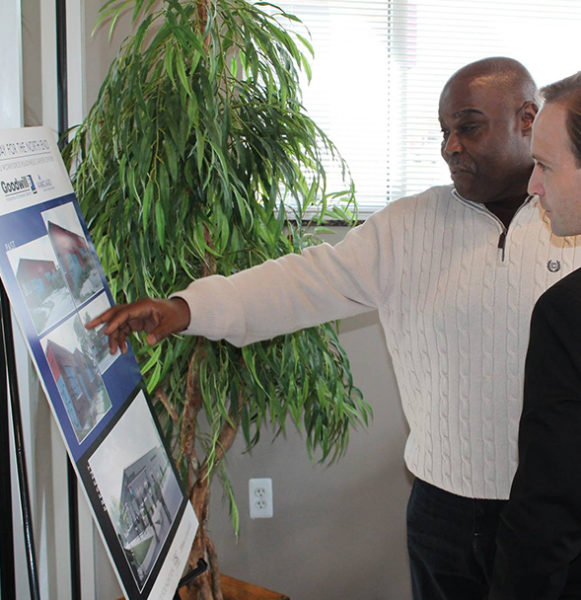 Editor’s Note: Keith Bennett has been at the forefront of creating meaningful and comprehensive reentry programs in Detroit to ensure the successful transition of formerly incarcerated individuals to the community. Bennett runs the Flip the Script program for Goodwill Industries of Greater Detroit, where he devises strategies to ensure returning citizens have access to jobs, housing and other basic necessities. In this column written for The PuLSE Institute, Bennett explains the difficulties and restrictions returning citizens face in a city mired in poverty. For submission inquiries contact the Institute editor-in-chief Bankole Thompson at info@thepulseinstitute.org

For years it wasn’t as appealing or as sexy as it has become. In fact, when it was discussed even among family members folk spoke in whispers. It was a lonely walk being what America now describes as a returning citizen, parolee or ex-offender. Back then they were called ex-cons and were treated as such.

Outside of loving family members if they were alive, or extremely loyal friends or a friend 20-35 years ago, being a man or woman returning home after incarceration was slightly above the darkness they experienced while incarcerated. Rarely was there a welcome mat, an employment opportunity waiting or outside of family a team or system of professional support.

Reentry to society was in many situations almost a second resentencing. You were ostracized, shunned and typically not allowed to regain full fledge citizenry without begging or made to feel less than. Least anyone wanted to hear your voice. Thank God I never lived the experience however for thirty-years, I’ve lived it through my guys and my ladies as we’ve become synonymous and thus have developed a unique relationship.That relationship has been a give and take relationship, a spiritual connection and one that at times has not been smooth.  However through it all it has been a mission where we dared one to fail the others.

You might ask me or believe it’s a lot better. You probably have been misled to believe for the masses it has gotten better, and that returning citizens have it relatively easy now. In many cases the “literal box” they were put in years ago in many communities is now gone with the “ban the box” initiative. They are no longer referred to as ex-cons (a term I refused to use or allow in my presence). Society has almost made it sexy now to be a returning citizen and minimally communities have made it plausible and sadly families have excepted it as almost normal. But let me tell you it’s far from easy. There are many who still seek to punish my guys a second time, for the crime of returning home (a non-violent and non-intrusive legal activity, of just returning home).

In many cases my guys are scared of society, a society where homelessness is not uncommon and compassion is scarce. In dealing with this conundrum, the following questions come to mind:

Who truly cares about where returning citizens can lay their heads?

Who readily opens their doors and say to themselves “let me whisper” to ex-cons?

Who opens their doors to someone who has been marginalized by society and even their own well-established family members?

Some have been away from free society, family, family gathering, outings and activities for 15, 25 or more years.

Possibly the most forgiving individual mom has already died. The dad that was never or rarely there quickly turns his back, and grandparents declare, “I can barely feed myself. I’m on a fixed income,” about the dire situation returning citizens face.

So after leaving the half-way or step down house and facility, which is often mandatory they discover that in the City of Detroit there’s a scarcity of affordable and low income housing and one-bedroom apartments. There’s almost no efficiency or studio apartments available, and with no credit and probably a minimum wage job, they are forced to grab a two or three-bedroom flat off Dexter and/or Linwood, or maybe Houston Whittier where rent is enormous and utilities even scarier.

The other choice is to go from basement to basement, couch to chair of a friend’s home until they are tired of you or you break parole and stay with a friend or family member not yet removed from criminal activities. Just what you needed, huh? One young man I knew rode the buses all night. Now that’s a welcome home fit for whom?

We have fooled ourselves into believing jobs, employment openings or a job is the quintessential answer to the issues facing many young men and women who were formerly incarcerated. A quick fix to the problems non-returning citizens face. With no savings, no credit how are they to handle exorbitant first month rent, security deposits, subsequent rent payments and utility bills in poorly insulated housing and in neighborhoods where folk live behind bars?

If you’ve been away for 20, 30 or more years and you left before learning to pay bills, to pay rent, to establish credit and if your friends and family members have not luck up and used/misused your social security number or name for fake driver’s license then you’re in pretty good shape.

I used to have a rule at Goodwill Industries of Greater Detroit that we wouldn’t accept parolees into our services who were being released between Thanksgiving and Christmas. Every dad or mom wants to play Santa but my guys and ladies need not face that dilemma. It’s hard enough reclaiming your right to be an everyday citizen.

Yes, it has gotten better and they no longer are placed in the box. Now all they need is a safe and affordable place to lay their head and continue to whisper about a debt they’ve paid.