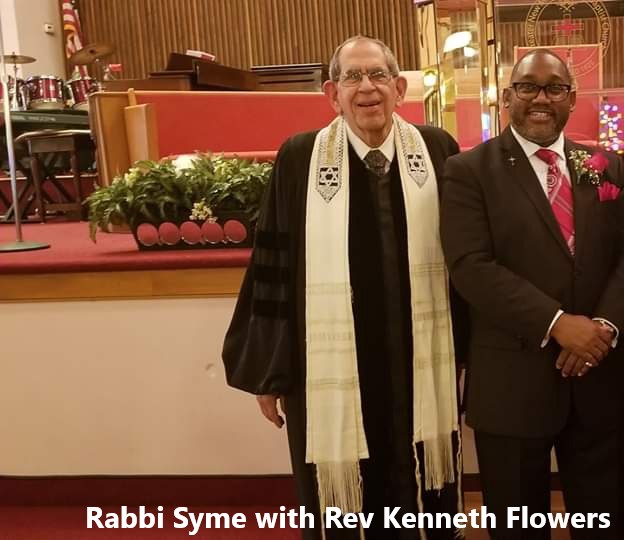 By Rabbi Daniel B. Syme

Nowhere in the Bible is the word “poverty” found.  But, in both the Old Testament (Deuteronomy 15:11), and the New Testament (Matthew 26:11), the text declares that “The poor will always be with us.” Not surprisingly then, the Bible is filled with directives on helping the poor, feeding the hungry, housing the homeless, caring for the sick, the widow, the orphan and the physically and emotionally challenged.

In Christian scripture, these acts are known as “charity”; in Jewish scripture, as “tzedakah,” “righteousness,” commanded by God. One of the acts commanded by god (Deuteronomy 24:19) states that: “When you cut down your harvest in the field, and forget a sheaf in the field, you shall not go back to fetch it.  It shall be for the stranger, for the fatherless and for the widow.” In Luke (14:13), we are taught: “When you give a banquet, invite the poor, the lame, the blind.” Again, in Deuteronomy (14:28-29), we learn “at the end of every three years, bring the tithes of that year’s produce and store it in your towns, so that the needy who live in your towns may come and eat.” And in Matthew (18:21): “If you want to be perfect, go, sell your possessions and give to the poor, and you will have treasure in heaven.”

The list of directives goes on and on. In the United States today, there are 1.5 million non-profit organizations, including the Salvation Army, Goodwill, and the United Way.  And among the thousands of churches and synagogues in America, there are hundreds of soup kitchens, food and clothing distribution centers, homeless shelters, senior citizen facilities and medical treatment clinics.

However, in spite of all of these noble endeavors, the larger religious community has yet to leverage its influence so as to combat the societal structures of poverty whose crumbling walls will enable men, women and children to transform themselves from recipients of charity to creative change agents of their communities.

I am only personally aware of a few such circumstances, here in Southeastern Michigan. During the dire economic downturn of 2007-2008, a prominent business executive assembled some two dozen of his friends for a monthly morning breakfast meeting of like-minded individuals.  The pre-screened resumes of those who had lost their jobs were circulated to those in attendance, and the breakfast did not conclude until each one of those aspiring job seekers had at least three job interviews.

During that same period, in cooperation with Hiller’s markets, Temple Beth El sponsored a program called mitzvah meals, funded by Temple members, that distributed literally thousands of meals to those in need every month, until those receiving help were employed and themselves began to sponsor meals for others.

Under the umbrella of the Jewish federation of metropolitan Detroit:

But we need to do more, much more, focusing on the areas that will truly have an impact on poverty: education, affordable housing and medical care. To be certain, we need to multiply these programs in Detroit and the surrounding suburbs.

To that end, I call upon The PuLSE Institute to convene a colloquium of religious institutions at the earliest possible time to receive papers and to discuss possibilities as to how our religious community can leverage its already impressive record of outreach to those challenged by poverty, and to invest them with aspiration and hope.  This is our duty. This can be one of our finest accomplishments.

Daniel B. Syme, Rabbi Emeritus of Temple Beth El, the oldest Jewish congregation in Michigan recently joined The PuLSE Institute’s Academy of Fellows as a Senior Fellow focusing on faith, race and poverty. Syme, a transcending voice for multi-racial justice who was inducted in 2010 into the Martin Luther King Jr. International Board of Preachers at Morehouse College, is one of the most revered voices in the American Jewish community.