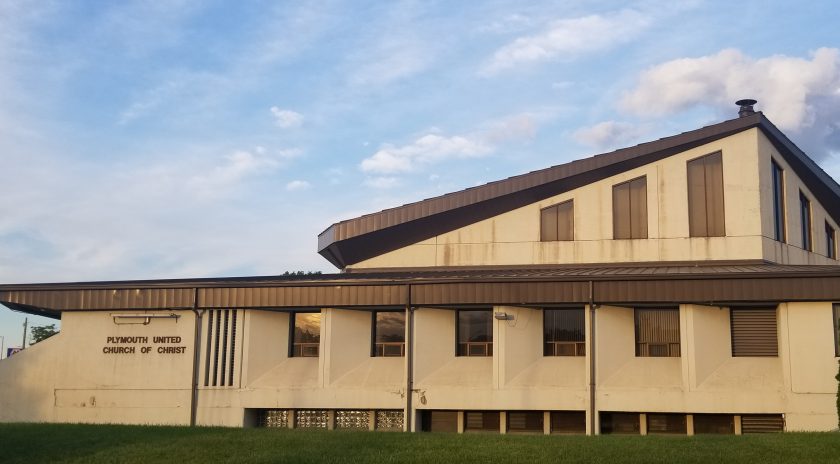 Editor’s Note: Rev Nicholas Hood III is the senior pastor of Plymouth United Church of Christ in Detroit, one of the leading African American churches in the nation that espouses liberation theology. Rev Georgia Hill is the associate pastor and Vickie Winn is the Centennial Chair at the church. In this column written for The PuLSE Institute, all three explain the historical and present role of the church in combating poverty and inequality in Detroit through the lens of Plymouth and how it has championed social causes throughout its 100 years of existence. For submission inquiries contact the Institute’s editor-in-chief Bankole Thompson at info@thepulseinstitute.org

It remains a widely debated topic: the role that churches should play outside the pulpit. Yet throughout American history, churches have played monumental roles which have greatly enhanced lives, particularly the African American church because of its involvement in key social and political concerns of the day. For example, during slavery the church served as a safe house, meeting place, soup kitchen and more. Today it’s sometimes a homeless shelter, day care and overall catchall safety net for its own members and those in underserved communities.

That historical role of the church as a lantern for liberation has always been at the forefront of the mission that guides Plymouth United Church of Christ as a soul-saving institution located in the heart of Midtown in Detroit. Since its founding in 1919, Plymouth Church hasn’t abdicated that sacred responsibility of fighting causes on behalf of the poor through both its programming and politics, even as it clocks 100 years of existence this year.

Nine people from Montgomery, Alabama started Plymouth Church [Plymouth UCC’s former name]. They desired to continue in the Congregational church tradition of faith and educating former slaves. Plymouth’s first home was located at 620 Melbourne street. Years later, the church moved into its second home, a synagogue located in on Garfield Street in an area of the city with a long history of political power and poverty.

Plymouth’s political roots began with Rev. Horace White. His background in social work and natural charisma benefitted him as member of the Michigan state legislature. During his service he elevated awareness of the state’s role in economic and political matters and their impact on the city’s African American population. Following Rev. White’s tenure as pastor, Rev. Dr. Nicholas Hood Sr. arrived from New Orleans already connected to Rev. Andrew Young and Rev. Dr. Martin Luther King Jr. Hood helped create the Southern Christian Leadership Conference in the backyard of the church and inspired active engagement in the fight for civil rights among the congregation which continues today.

In 1960, just two years after arriving in Detroit to serve as minister for Plymouth, Rev. Hood learned that the church on Garfield street was housed on part of the 450-acre plot slated for urban renewal and construction of the I-75 freeway. The plan also included demolition of Plymouth and other African-American churches, as well as displacement of African Americans in the community. Yet, Anglo-American churches would go untouched, according to book, Faith in the City by Angela Dillard.

In Dillard’s book she noted that the city’s “urban renewal” plan was the catalyst for Rev. Hood forming the Fellowship of Urban Renewal Churches, a coalition of pastors from churches large and small who would be impacted by the city’s plans. Under leadership of Rev. Hood, the group negotiated the preservation of several churches including one of the oldest Black churches in the city, Bethel AME Church. Plymouth Church was also able to remain on Garfield street. In later years, Plymouth would relocate a third time, just blocks away from that location to St. Antoine and Warren streets and eventually renamed Plymouth United Church of Christ.

Rev. Hood firmly believed churches could not stand on the sidelines watching their communities divided, given and sold to the highest bidder. “The soul cannot be saved without saving society,” he said. (Dillard, 202, 2007).

To further ensure the stability of existing churches and families in the community and reject what he and other activists called “negro removal,” Rev. Hood set about creating affordable housing, so residents could also remain in the places they called home.

Rev. Hood set up an independent corporation and applied for a HUD grant. The grant afforded him the opportunity to build the Medical Center Courts Apartments, a 230-unit, 25-acre development of low-income housing. It was the first development of its kind in the city since World War II.

Medical Center Courts Apartments offered apartment and two-story townhome units on a spacious campus with rolling hills of green grass. Back then, the complex was in stark contrast to the tenement towers of cramped urban living generally constructed for low-income dwellers. The effort, under Rev. Hood’s leadership, made it possible for generations of families to reside in a thriving community surrounded by institutions of learning, medicine and culture. Now, the area is known as the Cultural Center. In 2009, Medical Center Courts Apartments was renamed for Rev. Dr. Nicholas Hood Sr.

Continuing a Legacy of Offering a Hand Up

Rev. Dr. Nicholas Hood III was named senior pastor of Plymouth Church in 1985. Presently, he continues in the legacy of his father and other ministers before him. The church regularly offers prayers and a variety of supports to many of the Medical Center Courts’ original residents, their children and grandchildren, as well as others in the church’s surrounding community.

In response to the needs of working families, Plymouth Church created a day care center in its basement. Yearly expansions were made to accommodate the student population and academic progress. Eventually the day care become Plymouth Day School, a full K-8th grade elementary. After successfully acquiring a charter from Central Michigan University in 1995, the school embarked on an ambitious building project which led to the opening of Plymouth Educational Center on the Vivian H. Ross Campus. The school became the first charter school in Michigan built from the ground-up. Today, the Plymouth school serves 500 students.

Believing firmly that education is the key to escaping poverty, Plymouth Church has grown its scholarship award program under Rev. Hood III’s leadership. More than 50 years ago, students received $50 scholarships. Today, church members who are accepted into or enrolled in a college or university receive a scholarship of at least $2,000 per individual with opportunities for additional scholarship awards named in honor of former church members. Today, Plymouth’s scholarship endowment stands at more than $1 million.

More than 15 years ago in a move to address the digital divide, a computer giveaway program was also created. Since that time 175 new computers and printers have been given to high-achieving students from financially challenged families in the immediate vicinity of the church. Often these recipients have been first in their household to own a brand-new computer.

Like many churches in Detroit, Plymouth has a long history of tending to the poor. Annual Thanksgiving turkey and Christmas gift giveaways are organized for families. More than 25 years ago, Plymouth opened its doors to participants of the Rotating Homeless Shelter Program. Since that time, the church has housed hundreds of homeless individuals. In addition to meals prepared by church groups and a chef, week-long engagement opportunities include spa services and haircuts, dancing and singing, games, and one-on-one conversation to enhance the experience for guests. Following this past year’s effort, conversations among members have focused on ways the church may work toward making systemic change around poverty in our community.

“To Love Mercy, do Justice and to Walk Humbly with God.”

Though not at the same time, both Rev. Hood Sr. and Rev. Hood III previously served as members of the Detroit City Council. This confluence of the political and the spiritual began with one of Plymouth’s earlier ministers, the Rev. Horace White, as a member of the Michigan State Legislature. Today, the church’s legacy of public service has consistently given birth to other members who currently serve as city council members, legislators, judges, state senators and representatives, union representatives, police commissioners, library commissioners and others working daily to address Detroit’s most pressing issues on behalf of citizens.

The church’s political activism manifests itself in a variety of ways. Plymouth Church has hosted numerous ‘meet the candidate’ events and serves as a polling site for residents to cast their votes. Political activism has also impacted the church’s youngest members where two high schoolers took to social media this year, denouncing the country’s apathy towards gun-control. Fellow church members both young and old supported the cause in an expression of their activism and faith.

From the church’s participation in Detroit’s burgeoning union movement in the 1960’s to Rev. Hood, III’s annual Wayne County campaign encouraging citizens to “Ring in the New Year with a Bell and Not a Bang,” Plymouth United Church of Christ has boldly stepped beyond the pulpit challenging the social “norms” of the day, with faith and courage on behalf of us all and in particular, “the least of these.”

Given where Detroit presently is, and in light of the poverty crisis, the church must inescapably offer hope and relief to those who feel dejected and left out in the economic recovery by advocating for humane policies that will evidently transform the lives of majority Detroiters. In so doing, the church would be fulfilling its responsibility as an institution for social change.