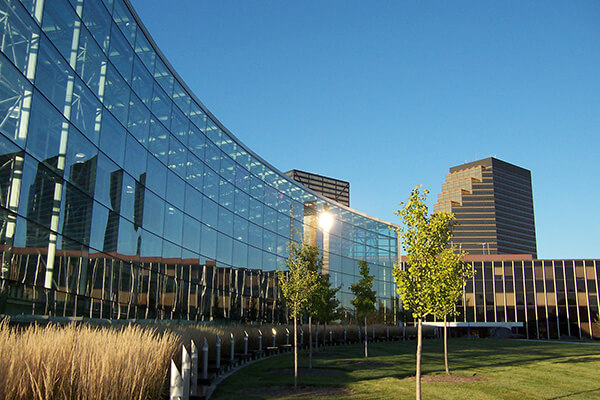 DETROIT, MI June 10, 2019-A new groundbreaking partnership between Lawrence Technological University in Southfield and The PuLSE Institute (Institute for Public Leadership and Social Equity), Detroit’s anti-poverty think tank, will allow students who are enrolled in the MBA Program at the University to study the Institute’s initiatives in addressing and identifying solutions to poverty.

The historic partnership will enrich the academic experience of present and future MBA students of the 87-year-old university, who will study the role of business in poverty reduction and the need to address social and economic inequality through the lens of business.

Dr. Bahman Mirshab, the dean of the College of Business and Information Technology at the university underscored the importance of the forward-thinking collaboration.

“This partnership will integrate addressing poverty and promoting social inclusion into our MBA program. The partnership will emphasize the role of business in tackling poverty and social inequality, and the school’s MBA and information technology students will study the important work of The PuLSE Institute in drawing attention to and engendering an insightful and collaborative approach to solving Detroit’s growing poverty crisis,” Mirshab said. “Our students will greatly benefit from this pioneering initiative to place poverty on the radar scope of students and the community at large.”

Tina M. Patterson, the president of The PuLSE Institute called the partnership unique and timely in view of the pervasive poverty that is rampant in Detroit and around the region.

“When we think about solutions to poverty, we often exclusively look toward policy resolutions through government and elected officials instead of employing a multidimensional approach, since poverty is an issue that segments across different sectors of society,” Patterson said. “The business sector, in particular, is regularly isolated and even shielded from the discussion, yet corporate social responsibility is a necessary area of focus given the rising wealth extremes between businesses and the communities they serve.”

Patterson added, “In studying the work of The PuLSE Institute in its MBA program, Lawrence Tech University is instilling in its students a responsibility to address poverty through business solutions. These corporate leaders of the future will approach business in a different, more expansive dynamic that will have a greater impact in their local communities and global society.”

Launched on July 4 of 2018, The PuLSE Institute was inspired by the writings of prominent journalist and author Bankole Thompson, whose illuminating work has elevated the discourse around poverty and inequality in Detroit and the region and represents an urgent call for difference-making action. Thompson, editor-in-chief of the Institute and opinion columnist at The Detroit News hailed the partnership.

“Lawrence Technological University and The PuLSE Institute are embarking on an unparalleled opportunity to expand the frontiers of the intellectual debate around poverty before students who would be the nation’s future captains of industry,” Thompson said. “The university has expressed profound interest in the work of the Institute as an important and independent platform that drives the debate, in-depth research and solution-oriented analysis about poverty.”

The Institute also boasts a brain trust made up of some of the foremost thinkers and leaders on issues of inequality America today. They are:

One of the nation’s leading Catholic voices for social justice and champion of Pope Francis’ message of equality.

The Institute’s Academy of Fellows, its prestigious leadership program, is made up of individuals of remarkable accomplishments from a across section of professional endeavors who have a strong interest in inequality and inclusion issues. They include:

Daniel B. Syme, Rabbi emeritus of Temple Beth El, and one of the most influential voices in the American Jewish community, Mike Smith, principal archivist at the University of Michigan Bentley Historical Library, Luba Lukova, Internationally renowned visual artist for social justice and others.