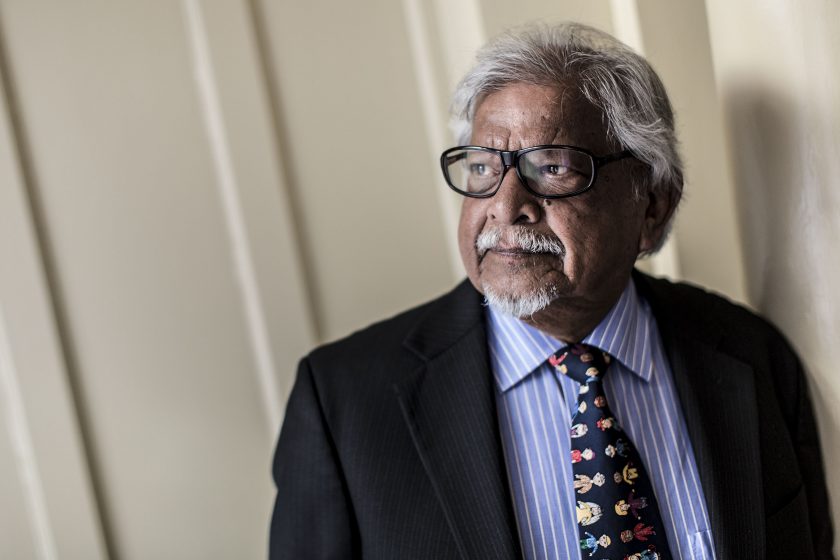 A new national award launched by The PuLSE Institute (Institute for Public Leadership and Social Equity), Detroit’s anti-poverty think tank, will allow the Institution every year starting in 2020 to honor individuals who have a demonstrated commitment to addressing poverty and inequality in the city and beyond.

Called, the Arun Gandhi Award for Global Justice, the award is named after Dr. Arun Gandhi, 85, an international advocate for nonviolence and an anti-poverty champion and will be given to individuals who are working to fight economic inequality in Detroit and around the nation. Arun Gandhi is the grandson of Mahatma Gandhi and a member of The PuLSE Institute National Advisory Panel (https://thepulseinstitute.org/national-advisory-panel/).

He is also a board member of the Nelson Mandela Children’s Hospital in South Africa and the Parliament of the World’s Religions. He is the founder and former director of the M.K. Gandhi Institute for Nonviolence and the founding president of the Gandhi Worldwide Education Institute. Arun Gandhi is an agent for change and communicates motivational approaches to personal and global transformation from the perspective of ‘be the change’. Arun’s grandfather coined the phrase “be the change you wish to see in the world” which has become widely used and now we can see a growing climate and commitments of such an approach to personal and global transformation.

Arun Gandhi, said he was humbled to lend his name for the Institute to host an annual recognition program that will showcase the work of individuals who are committed to eradicating poverty and “help inspire people to show greater compassion for the poor. Thank you for the honor.”

When he joined The PuLSE Institute National Advisory Panel in August of 2018, Arun Gandhi said, “My grandfather, M. K. Gandhi, said, ‘Poverty is the worst form of violence.’ Hence, I am honored to serve as an advisor in this attempt to eradicate poverty. Gandhi also said those who suffer oppression of any kind lose their self- respect and self-confidence. They begin to feel they are incapable of doing anything and have to depend on society for survival.”

He added, “The work to eradicate poverty must not be motivated by pity but by compassion. When we act out of pity, we give the poor hand-outs and feel we have done the good deed for the day. When we act out of compassion, we invest our time and energy to do something constructive to give the poor economic stability and build their self-respect and self-confidence so they take care of themselves.”

Launched on July 4 of 2018, The PuLSE Institute was inspired by the writings of nationally-renowned journalist and author Bankole Thompson, whose illuminating work on race and democracy has elevated the discourse around poverty and inequality in Detroit and the region, and represents an urgent call for difference-making action. Thompson is the Executive Dean and Editor-in-Chief of the Institute and a twice-a-week opinion columnist at The Detroit News.

Tina M. Patterson, the President and Director of Research at the Institute hailed the award as an important initiative to spotlight what is being done to combat inequality.

“Following in the trailblazing path of one of the world’s greatest champions for the poor, The PuLSE Institute proudly presents the Arun Gandhi Award for Global Justice. The Gandhi legacy remains ubiquitous and evermore relevant today amid continually expanding global poverty, and a thirst for courageous leadership to expose and challenge the iniquity of this human catastrophe known as poverty,” Patterson said. “We are humbled to be the vanguard of this esteemed legacy and to bestow this award upon individuals whose body of work reflects the Gandhi philosophy of peace and prosperity for all.”

C. Paschal Eze, the chairman of the board of The PuLSE Institute, noted, “These awards in honor of the towering Gandhi legacy are more than just public kudos to men and women of deep conscience and demonstrated compassion; they are an instructive call to greater and wider action on social justice and inclusive generosity. So, more are expected from the carefully chosen recipients in leading the charge toward the “beloved community.”

Arun Gandhi’s life commitment as a Peace Farmer is to pass on in a contemporary and relevant way the message, principles, philosophy, values and wisdom of one of the world’s greatest men Mahatma Gandhi.

In recognition of last year’s UN International Day for the Eradication of Poverty, Arun Gandhi wrote a PuLSE column titled: Eradicating Poverty Must be a Universal Mandate. You can read the rest of the column here:

The Detroit-based Institute provides deep analysis and well-informed perspectives on a broad spectrum of issues affecting those on the lowest rung of the socio-economic ladder, who are often left out of solution-geared conversations about social inequality.