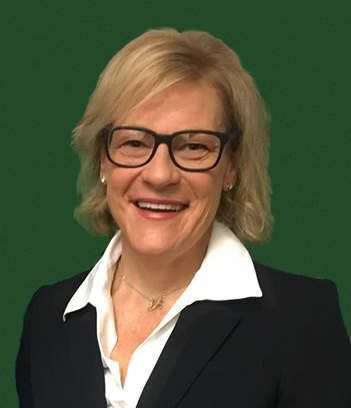 Editor’s Note: Barbara Niess-May is the executive director of SafeHouse Center, a leading domestic violence prevention organization in Washtenaw County that is providing leadership, support and advocacy for victims of domestic violence. The center’s core mission is to ensure an “empowerment of all women and believe that all people should be valued without bias and should be treated with dignity and respect,” and that “the prevention of sexual assault and domestic violence must continue to move from the private sphere into the arena of public policy and community responsibility.” In this column written for The PuLSE Institute, Niess-May explains the connection between poverty and domestic violence that is often overlooked. For submission inquiries contact Bankole Thompson, the editor-chief of the Institute.

Poverty is a primary driver in the continuation of an assailant having power and control over a survivor of domestic violence.  Studies and practice show that if survivors of domestic violence have resources to safely leave a relationship, and land in safe, affordable housing with a means to care for themselves and their children they are more likely to escape further abuse.  Low to no income individuals in a domestic violence situation, particularly with children, rarely have the resources they need to break free from the violence.

What is Domestic Violence?

Domestic violence is a crime that is under-reported and misunderstood.  Domestic violence is a PATTERN of coercive behavior used by people to control their intimate partners.  It encompasses abusive tactics including but not limited to threats and the commission of physical and sexual violence; economic, emotional and psychological abuse and the abuser using any privilege they may have to maintain power and control.  But, it is our experience at SafeHouse Center that the vast majority of those who are surviving domestic violence are women.  Michigan has epidemic levels of domestic violence.  In the last year almost 30,000 (unduplicated) incidences were reported to 911.  Nationwide, domestic violence accounted for 21% of all violent crime. And while research indicates approximately 25% of women will experience this, only 2.5 to 15% will report.

There are many myths about domestic violence.  Many assume it is caused by stress, substance use or that it only happens among the low to no income.  That is not true. The fact is assailants learned the abusive behavior.  Their behavior is learned from our society and/or in the home.  Domestic violence is caused by the choice of the perpetrator to use the pattern of power and abuse to control the survivor.  Survivors never have a part in the abuse that is caused by the perpetrator.   Being low income does not cause domestic violence, yet, income levels are part of the predeterminants of what will happen to the survivor and their children.

Intersection of Domestic Violence and Poverty

We do know that poverty disproportionately affects women and single mothers.  What many do not know is how the intersection of poverty and domestic violence can 1) exacerbate the impact of the abuse, 2)  cause an exceptional loss of resources for the survivor and 3) lessen positive outcomes for a survivor.  In short, being poor further entraps the survivor in the abuse, and often lengthens any process she may go through to escape—as well lengthens entrapment in poverty.  The intersection of poverty and domestic violence further endangers survivors, their children and our communities as a whole.   Outcomes for women of color and immigrants are even more grave because safety net systems often ignore their unique needs.  And programs like SafeHouse Center see a disproportionate amount of survivors from these populations.

A survivor, who we will call Mary, has been married for seven years and has three children.  Before getting married, and for a bit of time after, they had a wonderful relationship and she truly believed she found her life partner.  After a few years, the relationship started to change.  It began with little things, like an insistence that he was the “man of the house”, taking over the finances, and being more and more reluctant to spend time with her friends and family.  They never had much leftover after bills, but she felt as though as long as they loved each other, they could work things out and be happy.  However, the controlling behavior and emotional abuse worsened to the point that he would throw things in her direction, threaten to leave with their now three children, and demanded sex or would physically assault her if she said no.

Mary had stopped working soon after they married to take care of their children.  She didn’t have access to the family finances, her family was estranged and she had three young children.  She didn’t know what to do.  After talking to a close friend about what had been happening, they suggested she call the police if he assaulted her again.  Mary felt like she couldn’t do that, he would lose his job if he got arrested and most likely the abuse would increase.  Her husband assaulted her again that night.  Mary called SafeHouse Center, and with very few items and her three children, left for the shelter.

Mary, and many other survivors, have very, very few choices at this point.  For many, they wish their partner would just stop abusing.  Without significant intervention focused on accountability, it is not likely the behavior will change.  In fact, studies show that the abuse will worsen and the survivor’s life will be at great risk.  Mary, and thousands of other survivors find themselves with their children, homeless, without resources or a prospect for income, estranged from friends or family and often from a distance still “managing the abuse” of the former partner.  Because of this often underappreciated predicament, many survivors return to the abusive partner saying they need to care for their children.   The reality is, poverty has entrapped the survivor in the abuse.

One of the primary reasons women are homeless is because of domestic violence.  And, ironically, many return to the abusive home because they have nowhere else to go—overwhelmingly because of economic reasons.  Poverty, among other things, is a primary reason why an abuser is able to continue to control the survivor.  Also, there are too few intervention programs with mixed efficacy.  And, the legal and social system actors continue to enable the assailants through lack of knowledge and believing that the survivor has a responsibility in holding the assailant accountable.

How to Address the Problem

To truly end domestic violence and its intersection with poverty in southeast Michigan (and anywhere else for that matter), we must vote for public policy makers that will prioritize:

3. Resources to provide high quality services for survivors including crisis intervention help and shelter as well as transition services for long term stability such as housing and workforce assistance.

With these resources, we can address reducing the mutual impact of domestic violence and poverty.