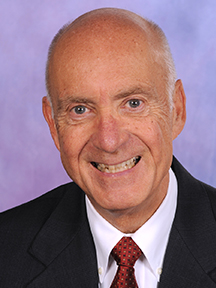 Editor’s Note: John Mogk, a renowned expert on critical urban issues has held many public leadership roles including recent chair of the Michigan Council on Labor and Economic Growth. A graduate of the University of Michigan Law School, Mogk is a professor of law at Wayne State University, where he teaches property, state and local government law, land use planning and urban development. His work has included research, teaching and engagement in the field of urban law and policy on such issues as economic development, neighborhood rehabilitation and intergovernmental cooperation. In this column written for The PuLSE Institute, Mogk makes the case for the abolition of current property tax to help poor Detroiters stay in their homes. For submission inquiries contact Bankole Thompson, the editor-in-chief of The PuLSE Institute at info@thepulseinstitute.org.

Detroit’s property tax foreclosure system is broken, as everyone knows.  Tens of thousands of vulnerable Detroit residents have tragically lost their homes through foreclosure over the past two decades.  Their homes have been sold at auction to opportunistic investors for pennies on the dollar.  Thousands more will lose theirs in the future who are simply too poor to cover daily needs and also pay the tax.  For vulnerable residents who can pay, the payments will absorb funds they might otherwise use to make repairs on older homes.

The principal winners in this broken system are investors.  The system has fostered an expanding industry of investors who scoop up owner occupied homes at auction and rent them, sometimes back to former owners, wreaking havoc on neighborhoods that were once stable owner occupied communities.  The entire city is being transitioned from predominantly home ownership into investor owned rental housing.  This trend moves Detroit into uncharted waters with absentee landlords playing an increasing role in the well-being of the city’s residents and neighborhoods.  The city’s property tax on homeowners needs to be abolished to protect home ownership and strong neighborhoods.

There is a second important reason to abolish the property tax, as well.  It would contribute to retaining and attracting the middle class.  The report recently released by Detroit Future City entitled “Growing Detroit’s African-American Middle Class” concludes that the revitalization of the city’s neighborhoods is dependent upon significantly expanding the City’s African-American  middle class population.  Detroit lost a substantial percentage of this population between 2000 and 2010 when 237,000 residents left the city, 25% of its population.  With no real property tax, middle class homeowners would be motivated to stay and middle class home seekers attracted to live in Detroit.  This could contribute materially to reoccupying many of the vacant homes now blighting Detroit’s neighborhoods.

Lost revenues from abolishing the real property tax on homeowners would have to be replaced in the city budget.  Moreover, other local governments share in the city’s property tax bill, such as the Detroit Public Schools Community District, Wayne County and the Wayne County Community College District.  Their lost revenue would have to be replaced, as well,  However, replacement is possible. A number of alternative sources might be considered, such as a local sales tax, excise tax, a sharing of increased property taxes downtown being kept by the Downtown Development Authority (DDA), payments in lieu of tax from tax exempt organizations and a tax increase on commercial and industrial property, to name a few.

Tax exempt properties are along for the ride.  They receive the bulk of city services and pay for none of the costs, a concession Detroit can no longer afford.  Tax exempt real property holdings are significant in Detroit.

Since the 1970’s the increase in property tax revenues downtown have been kept downtown and paid to the DDA’s Tax Increment Financing Authority.  The Authority uses the revenues to eradicate blight downtown and support private development.  Times have changed dramatically since, with blight largely eradicated and property values soaring, greatly increasing property tax revenues.  Within the next few years millions of dollars that otherwise could flow into the City’s general fund to support services in the neighborhoods will be diverted to support investors’ profits downtown.  Some or all of this funding should now be used to help replace revenues lost from abolishing the real property tax on homeowners.

The burden of replacing the real property tax on homeowners could be lowered by abolishing the tax only in neighborhoods outside of the city’s 7.2 square mile core experiencing a remarkable comeback on its own or limiting the program to owner occupied homes built before an earlier date, such as 2000 for example.  Either of these methods would target struggling homeowners and neighborhoods that need a comeback.

If a local taxing structure were being designed for Detroit today, no one in their right mind would include the real property tax on homeowners as a material source of revenue.  It is time to fix the city’s broken system by abolishing and replacing the real property tax on homeowners for the good of Detroit residents and the rebuilding of its neighborhoods.