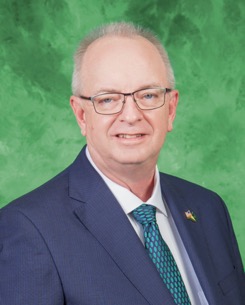 Editor’s Note: Ken Huxley is a retired United States Air Force colonel with a 26-year military career, who currently serves as Vice President and Chief of Staff at Strategic Staffing Solutions, an international IT staffing company headquartered in Detroit. As part of our commemoration of Veterans Day on November 11, we are publishing this column, which examines the Strategic Staffing Solutions model of helping veterans overcome challenges of inequality by providing them with economic opportunities. For submission inquiries contact Bankole Thompson, the editor-in-chief of The PuLSE Institute at info@thepulseinstitute.org

There are 18.2 million military veterans in the U.S. according to the most recent statistics from the U.S. Census. And despite a relatively low unemployment rate among them (3.2 percent as of September 2019), the sad reality is that 3.9 million veterans are living paycheck to paycheck, according to the Center for American Progress. Veterans’ needs are rarely fully addressed by veteran-specific benefits and services, leaving many veterans and their families struggling to meet basic housing, nutrition, and health care needs.

Strategic Staffing Solutions (S3) knows full well the challenges that veterans face upon transitioning to civilian life in finding a meaningful career. While invaluable and often highly technical, a veteran’s experience may be overlooked by civilian hiring managers unfamiliar with the military jargon that may mask the key skills and experiences they’re looking for.

This is an egregious disservice to those men and women who have served our country faithfully, and one that Strategic Staffing Solutions has been working to correct, one hire at a time since 2012, with the creation of its military sourcing team and veteran hiring program. So, in the spring of 2013, S3 officially launched its pilot sourcing team with a cadre of veterans, including Greg Williams, David Flores and Bryan Barber.

This core group formed S3’s military sourcing team, which searches for candidates based on their skills, matching them to employers. They serve as a force multiplier for S3‘s recruiting team. The pilot was a huge success and aligns with one of S3’s founding principles of providing people with the opportunity to succeed and change their station in life.

Apart from simply doing right by these men and women, a military hiring program benefits employers, as well. We know that if someone has worked in military intelligence, supporting offensive operations in Fallujah, then certainly they can transition into a highly successful technical recruiter. We can help them to translate their military skills into those required for the civilian workforce.

Military veterans have developed those soft skills that all businesses want; those intangible qualities that are inherent to a veteran’s experience. These skills include teamwork (including diversity and inclusion), loyalty, integrity, respect, courtesy, organizational and leadership skills, the ability to work under pressure, and most importantly, the ability to triumph over adversity. Veterans know that those qualities exist in other veterans based simply on their shared experience.

Six years later, a full 59% of S3’s staff claim military veteran, military spouse, dependent or affiliate status. With opportunities for learning and advancement, and support from the corporate offices, sourcing team members are highly satisfied with S3 and boast a retention rate of nearly 100 percent through the end of June 2018. Their satisfaction is clearly evident in their performance: S3‘s sourcing team has demonstrated great initiative and success in contributing to more than 6,000 total hires since 2013, of which more than 800 were military veterans or military spouses.