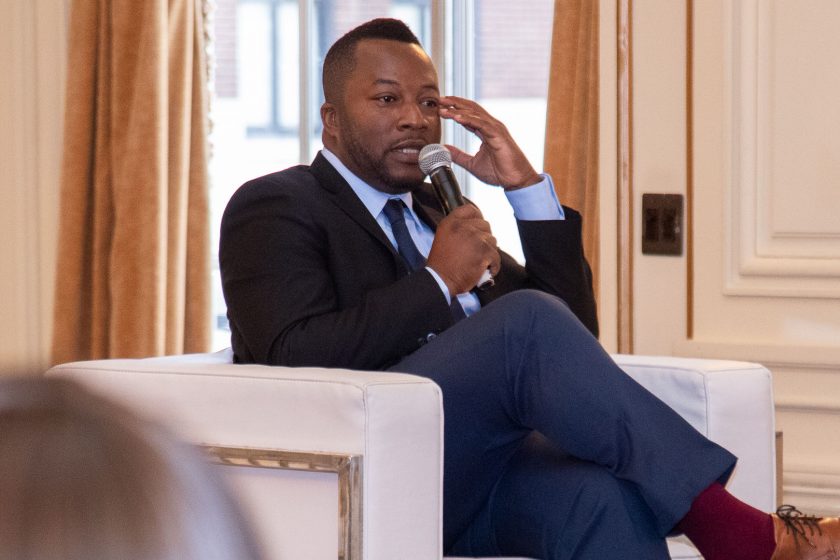 Bankole Thompson, a nationally renowned journalist and culture critic has been invited by Michigan State University to deliver the keynote address for the 20th Dr. William G. Anderson Slavery to Freedom Lecture Series next year. The lecture series which is organized and hosted by the College of Osteopathic Medicine, will take place on Thursday, February 27, 2020 at the Kellogg Hotel and Conference Center in East Lansing beginning at 5:00pm.

A multidimensional journalist, Bankole Thompson is the editor-in-chief of The PuLSE Institute, Detroit’s anti-poverty think tank and an opinion columnist at The Detroit News.

The Dr. William G. Anderson Slavery to Freedom Lecture Series gives members of the mid-Michigan community opportunities to interact with multicultural leaders and thinkers of the human sphere from all sectors of national life. The series is named after William G. Anderson, a physician and faculty member in the MSU College of Osteopathic Medicine, and the first African American president of the American Osteopathic Association.

Anderson is the founder of the Albany Movement, a seminal moment in the struggle for civil rights in Georgia in the 1960s. He praised Thompson’s public service journalism as a significant contribution to guaranteeing equality and justice in America.  For 20 years, the Slavery to Freedom series has featured living icons of the American Civil Rights Movement.

A leading voice in the media on race, leadership and free speech issues, Thompson has been described by the Eisenhower Foundation in Washington D.C. as a “courageous voice on behalf of the dispossessed and disenfranchised, a shining example of journalism for the public good.”

Thompson is expected to speak on race and the American experiment. The invitation for him to speak on slavery and freedom is coming a year after the 400th anniversary of when the first slaves arrived in Jamestown in 1619. The 20th lecture series will also coincide with a presidential election season where reparations for African American descendants of slaves has become a central issue in the Democratic presidential campaign.

Bankole Thompson’s journalistic work has been noted for its glaring contributions in the continuing fight for racial equality and economic justice in America. His twice-a-week column at The Detroit News deals with presidential politics, culture, public opinion, leadership and socioeconomic issues. At The PuLSE Institute, Thompson provides editorial leadership for Detroit’s leading anti-poverty voice seeking to ensure that poor Detroiters are not left out of the economic recovery. He also hosts REDLINE, a top political news magazine show on 910 AM Super Station-Detroit, which airs weekdays 11am-1pm EST.

In recognition of his journalistic contributions, the University of Michigan Bentley Historical Library in 2015, established the “Bankole Thompson Papers,” a comprehensive physical and digital collection to preserve Thompson’s work for students and scholars from around the world.