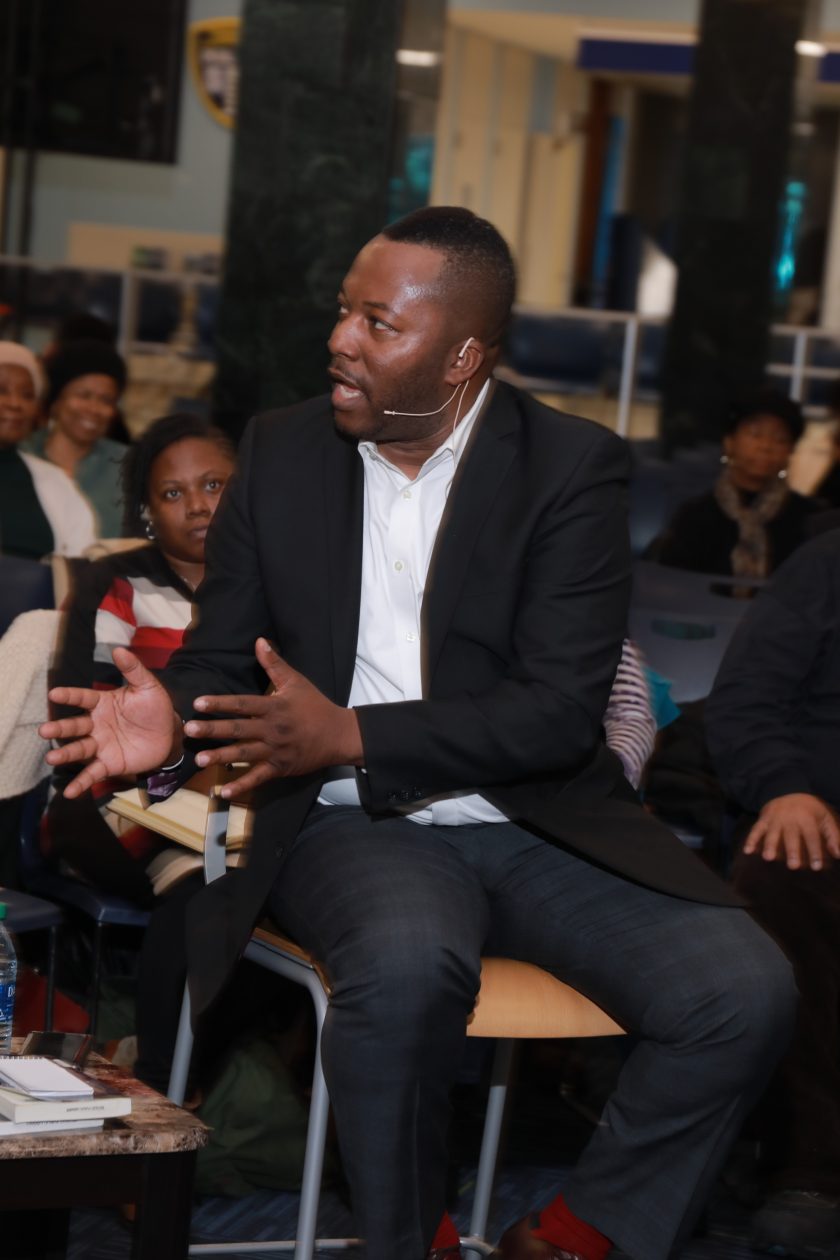 Bankole Thompson, the editor-in-chief of The PuLSE Institute, Detroit’s anti-poverty think tank, and a twice-a-week opinion columnist at The Detroit News announced on his daily radio show REDLINE on 910 AM Super Station on Monday December 2, that he will return his Detroit NAACP 2013 Great Expectations Award.

Thompson, a nationally renowned journalist said he arrived at the decision to return the award after the Detroit NAACP Branch of the nation’s largest civil rights organization, failed to rescind a 2011 Great Expectations Award given to artist Kid Rock. Rock has faced serious backlash in Detroit recently for making derogatory and demeaning remarks about Oprah Winfrey, one of the leading black women whose work for years has sought to uplift black culture. When the NAACP presented Rock with their award eight years ago, the civil rights organization faced criticism and protests because of Rock’s history of waving the Confederate Flag, an emblem of black enslavement.

Rev Wendell Anthony, president of the Detroit NAACP released a statement this week defending the award and rejecting calls to take it back.

“There are some today who suggest we should rescind our award presented in 2011. They believe it would be a nice symbolic gesture. We respect everyone’s right to their own opinion. However, symbolism without substance still cries out for fulfilment. Rather than go back to 2011 we seek to go forward to 2020 and beyond,” Anthony said.

In a letter dispatched to Anthony, Thompson, a widely respected journalist and culture critic explained why he accepted the NAACP Award in 2013, and why he could no longer keep the award now.

“I saw it as a tribute to the grand legacy of W.E.B. Du Bois, one of the founders of the NAACP, whose commitment and dedication to black humanity was unwavering. I accepted the award as a demonstration of the need to continue using my pen and voice like Du Bois to bear witness to the existential suffering of blacks in Detroit and to call attention to both the challenges and the solutions for racial and economic injustice,” Thompson said. “Now, given your refusal to acquiesce to community outcry to rescind the 2011 Great Expectations Award you gave to Kid Rock who engaged in a vile and sexual insult of Oprah Winfrey, a towering black woman, my conscience leaves me no other choice but to return my award to the Detroit NAACP.”

Thompson added, “An attack on Winfrey is an attack on all black women because she exemplifies black culture and pride. Given what black women meant and had to endure throughout the great pipelines of history, I simply cannot accept the demeaning insult by Rock, who built his fan base out of waving the Confederate Flag, a symbol of the cruel institution of slavery. I believe that returning my Award will affirm an important statement that we must not accept the cultural and sexual degradation of all black women including Winfrey. Upholding the dignity of blacks was a cornerstone of Du Bois’ pilgrimage as an important purveyor of black culture, and something that I believe the NAACP should honor and hold dear in 2019.”

When the Detroit NAACP announced six years ago that it was honoring Thompson at the 58th Annual Fight for Freedom Fund Dinner at Cobo Convention Hall that was keynoted by House Speaker Nancy Pelosi, Anthony praised the journalist as a trailblazer and for his exceptional public service journalism in championing issues that matter to the black community.

“It is because of your commitment to journalistic integrity and the ability to speak truth to power, that we seek to honor you. Through your work as a journalist and a community advocate for positive change, you have demonstrated to this community and others that we can all use our professional vocation to lift up and to inspire the quality of life for all people. You have set a prime example, not only in our local media, but for a national model as well,” Anthony wrote in an April 2, 2013 letter to Thompson.