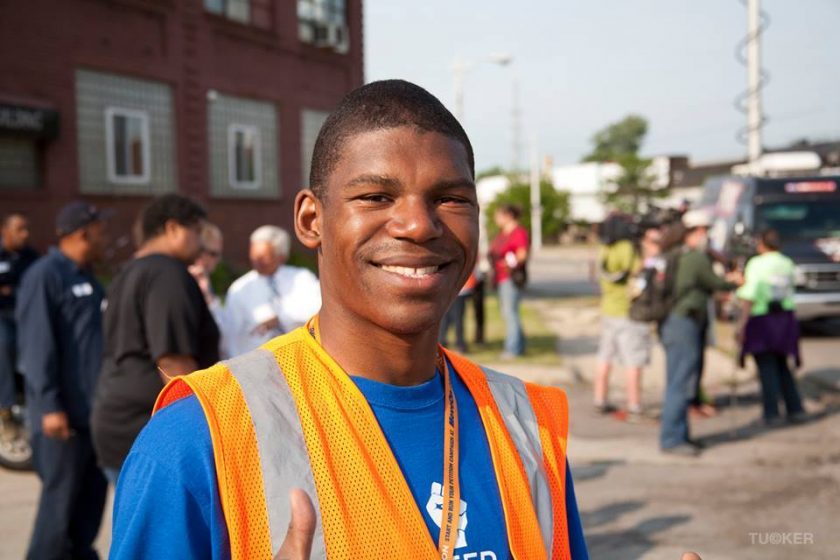 Editor’s Note: Meeko Williams, is the founder and chief director of Hyrdate Detroit, a water rights group fighting to end water shutoffs on poor and low-income Detroiters. Williams is one of the leading activists on the frontlines of the inequality battles in Detroit, where he is pushing the administration of Mayor Mike Duggan to declare water a human right in the city. For submission inquiries contact Bankole Thompson, the editor-chief of The PuLSE Institute at info@thepulseinstitute.org.

By Meeko A. Williams

Water is at the center of sustainable development and access to clean water should be a basic human right as the United Nations declared. That is why I have been proactively trying to meet with local city leadership, elected officials and non-profit organizations in Detroit since February 2019 by sending out letters and making phone calls to discuss ways of stopping the dangerous practice of shutting off water on poor residents.

To date, I have not received any response from any of the individuals and entities I reached out to. I also sent a letter to meet with Detroit Water and Sewerage Department director Gary Brown and Great Lakes Water Authority director Susan McCormick along with DWSD/GLWA Water Board Commissioners and personnel. None of them have responded or returned my inquiries for a meeting to discuss the crisis of Detroiters living without water in their homes.

In addition, letters and emails were sent to Detroit Mayor Mike Duggan earlier this year, but he too did not respond to our inquiry as well. Eventually, I attended a November 7 district meeting where the mayor spoke at Pleasant Grove Baptist Church. At the time meeting I asked the mayor a legitimate question about the state of the water crisis as the chief executive officer of Detroit.

I felt it was important for the mayor to hear what other cities similar to Detroit in terms of geography and political biography were doing regarding making water accessible for their residents who are facing the challenges of inequity.

Mayor Duggan deflected the question and offered the same script that has been used in the past by other water department officials, saying, “people are not paying their water bills and that the cost of nonpayment can fall unto other rate payers.” After he spoke, the mayor then turned to DWSD director Brown, who also used pretty much the same talking point before stating that assistance is available and referred us to the staff at Wayne Metropolitan Community Action Agency to help anyone dealing with their water bill.

In my view, that was not a good enough answer for Detroiters who have to shower with water bottles because they are living in homes with no access to water. So I refuted Brown right away and stopped him in mid-sentence saying, “Wayne Metropolitan Community Action Agency does not restore water service or help those with their water shut off.”

I also refuted Mayor Duggan and demanded that he answer the question about immediately bringing a halt to water shutoffs because in the summer of 2017, when I asked him a similar question, he refused to answer the question. Instead, the mayor shut down the entire community meeting and left.

This time around the mayor did not stop the meeting and instead of giving me a straight answer, he repeatedly asked to meet with me privately to iron the issues out. His tone was different from the mayor I asked a question two years ago and his sudden request now for a meeting with Hydrate Detroit is not something I would verbally agree to unless it was in writing with an agenda of items relating to the water fiasco in the city.

Duggan asking to meet one-on-one also left me suspicious because I’ve never known the mayor to ask so desperately and publicly for a meeting with constituent members unless he was simply trying to appease people or give them the impression that something is being done. In fact, even in asking to meet, the mayor indicated at the district meeting that he knows both of us won’t see eye to eye or agree on every issue. But he would still be open to listening to my concerns.

Given where Detroiters who are struggling to prevent water shutoffs are currently, they can’t afford just another public relations meeting with a mayor who is opening to just listening instead of acting or concretely committing to doing something that would prevent water from being shut off on thousands of poor people . I know so because at Hydrate Detroit, I receive phone calls from concerned citizens stating they cannot get through DWSD by calling the preferred number when their water is shutoff, or when preventing their water from being shutoff.

And then when citizens visit the customer payment centers, they find out that their water bills exceeds their average amount per billing cycle. Hardly any satisfactory answers are given other than questions like, “do you have any leaks and pipes?”, “how is your water infrastructure?” and other burdensome details such as how much water was used to accurately account for the gallons of water used.

This leaves a lot of Detroiters in limbo because they are told by DWSD customer staff at payment centers that their water won’t be turned back on unless they can pay the thousands of dollars the department claims they owe without explaining how that debt was even accrued in the first place.