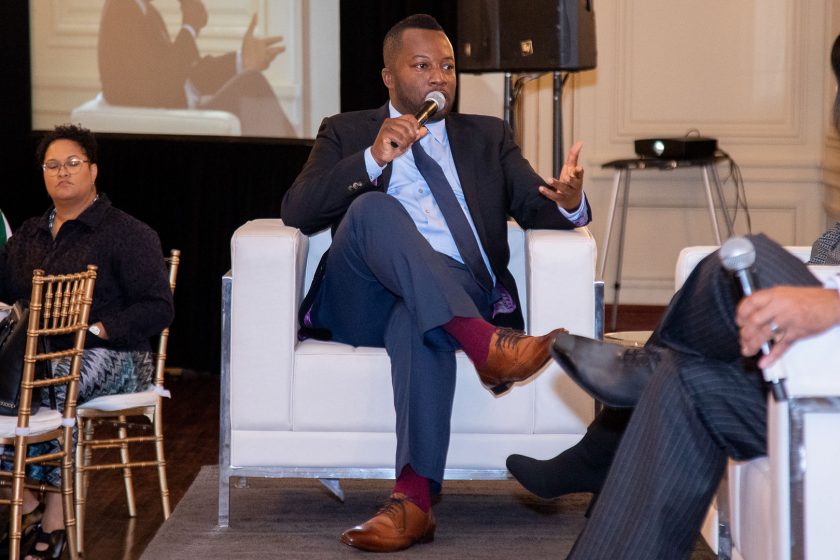 Many companies today find themselves in a reputational war in the communities where their businesses operate. In that war, some corporations have chosen to protect themselves from criticism by strategically employing carefully selected community “ambassadors” in an effort to project themselves as advocates of the community. Even if some of the said companies have a terrible record of engaging communities of color on issues of equity and justice, they can use these illusory civil rights strategies to mask their less than inclusive policies and dismiss any potential charges of racism.

Detroit, the largest black city in the nation, remains a classic example of this kind of corporate reputational warfare that exists at the expense of confronting the underlying issues of poverty that threatens the everyday survival of many Detroiters. What we see is companies who simply are eager to make legacy donations to community groups. This is their idea of corporate social responsibility and that is to check the box on giving to black and brown organizations, even when some of these groups have long outlived their usefulness.

That kind of dubious community engagement is not corporate social responsibility and it undermines the fight against poverty by hindering the work of groups who have no access to corporate powerbrokers but are seriously engaged in working in the trenches of inequality. It does nothing to address the challenges faced by Detroit’s perennial underclass that is left out in this recovery. After all, the most important issue facing the recovery of Detroit is poverty. No issue should trump our commitment to take on poverty even as many corporations in the city are virtually reluctant to even admit that poverty exists. Some CEOs prefer to take their lead on what matters in Detroit from City Hall as opposed to getting into the community and surveying the pressing needs of many Detroiters left behind in the recovery.

I took that message recently to the senior leadership of Strategic Staffing Solutions during their annual meeting. Cynthia J.  Pasky, the founder and CEO of the Detroit-based international staffing company invited me on Jan. 22 to give a half-hour talk about poverty in Detroit and the role companies should play in addressing economic injustice.

In a room with about 30 senior corporate officers representing S3 from around the nation including San Francisco, I asked them to think very hard about corporate social responsibility, not in terms of how many dinners are sponsored in the community or the number of community groups they are affiliated with. Rather, they should view corporate social responsibility through the lens of how many lives their companies are evidently and positively changing in Detroit where the need is greater. That increasing the profit margin for their shareholders should not be the determinant for how successful a company is.

It is easy for many corporations to follow economist Milton Friedman, who posited in the New York Times Magazine in 1970 that, “There is one and only one social responsibility of business — to use its resources and engage in activities designed to increase its profits so long as it stays within the rules of the game, which is to say, engages in open and free competition without deception or fraud.”

The world has dramatically changed since Friedman offered that rather ambiguous defense of American capitalism. Today, we see the many failures of capitalism, which has sentenced a vast number of people including blacks to a state of permanent destitution as CEOs of major corporations continue to be rewarded with golden parachutes- hundreds of millions of dollars- even when they behave badly.

As a rebuke to the Friedman philosophy of corporate social responsibility, the World Economic Forum in Davos, has begun to recognize the unacceptable levels of inequality and has started bringing attention to the crisis of poverty around the world.

Detroit is no different. In fact our city is one of the nation’s major poverty centers whether we accept this fact or not. I reminded the leadership of Strategic Staffing Solutions that none of us should be proud of the fact that we operate in a city that has that many people struggling to meet the basic necessities life.

The water crisis, the $600 million over-taxation of Detroit homeowners, the challenges of affordable housing, the unemployment rate and the economic challenges facing many of the city’s homeless veterans living in abject poverty are all issues holding the recovery hostage. That is the Detroit that is often forgotten, and it is time that companies that are serious about the quality of life issues begin to take on those challenges.

The S3 leadership gathering underscored the need to make solving poverty a regular conversation in the corporate boardroom. It is not a pleasant conversation because it is about life and death. But Detroit in the words of the Rev Martin Luther King Jr., would be taking a “flight into unreality,” in this recovery unless corporate leaders who brand themselves as the business custodians in this town, are willing to step out of their comfort zones and confront the monster of poverty.

On their faces I could deduce that members of the S3 leadership gathered in the Penobscot building in downtown Detroit, felt some moral conviction about what I shared with them. I didn’t walk in there to sugarcoat the facts. I walked in there to lay bare the facts about where Detroit is today.

Billionaire Marc Benioff, the chairman and a co-CEO of Salesforce, in a 2018 New York Times column tried to prick the conscience of those in his ranks about the undying need for corporations to become true agents of social change.

“Companies can truly thrive only when our communities succeed as well: when our public schools prepare our children for a digital economy; when people are treated equally, regardless of race, gender, sexual orientation or gender identity; when we protect our environment from pollution and climate change; when our residents are no longer forced out of their homes and onto the streets,” Benioff wrote.

He added, “Our obligation is not just to increase profits for shareholders. We must also hold ourselves accountable to a broader set of stakeholders: to our customers, our employees, the environment and the communities in which we work and live. It’s time for the wealthiest businesses and business owners to step up and give back to the most vulnerable among us.”

Given where Detroit currently is, more companies are going to have to place a greater priority on corporate social responsibility beyond what they’ve traditionally been accustomed to. I believe that corporations can be a drum major for justice. But becoming a drum major for justice requires different priorities and different methods of community engagement to measure and obtain true social impact.

Bankole Thompson is the editor-in-chief of The PuLSE Institute, Detroit’s independent and non-partisan anti-poverty think tank. He is a twice-a-week opinion columnist at The Detroit News where his column appears on Mondays and Thursdays. He is the host of REDLINE, a news magazine and hard-nosed commentary show on 910AM Super Station-Detroit, which airs Monday through Friday from 11am-1pm EST.