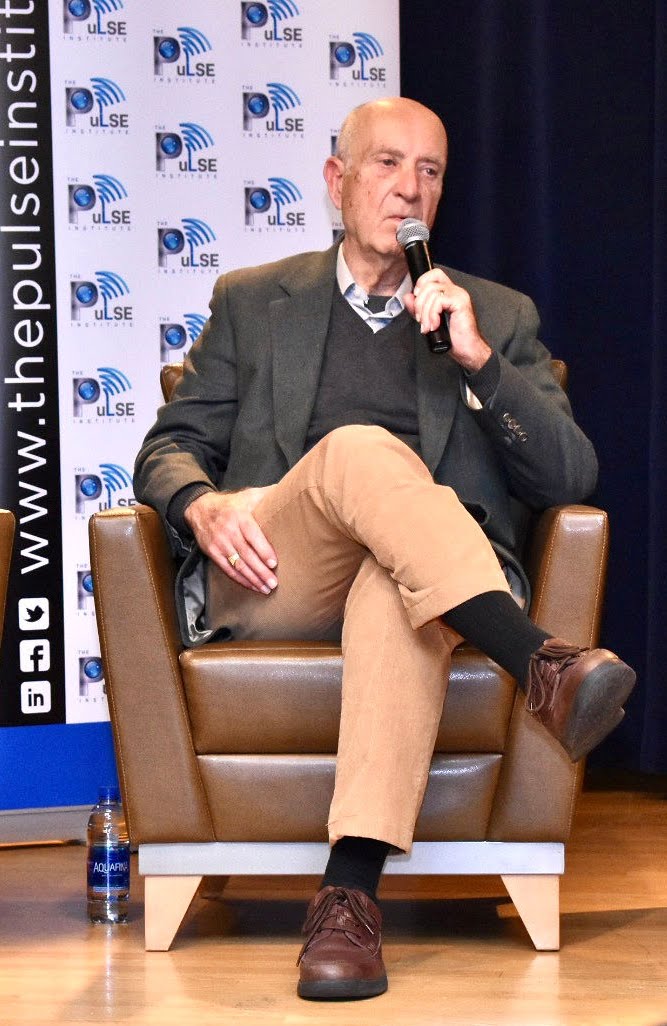 John Mogk, a nationally renowned legal scholar in property, state and local government law is joining The PuLSE Institute Academy of Fellows as a senior fellow, where he will focus on how municipal government can shape anti-poverty policies. Mogk, who is a leading expert on land use and urban development, is a professor of law at Wayne State University Law School. He is the latest addition to Detroit’s anti-poverty think tank, which is leading the debate around the need to address the poverty crisis facing many in the largest black city in America.

Professor Mogk graduated from the University of Michigan Law School in 1964, where he served on the law review. His work has included research, teaching and engagement in the field of urban law and policy on such issues as economic development, neighborhood rehabilitation and intergovernmental cooperation. He was a visiting fellow at the University of Warwick in England during 1985-86, and the University of Utrecht, the Netherlands, in 2001. He has served as editor of the Michigan International Lawyer, published by the State Bar of Michigan, and a member of the State Bar’s Land Title Standards Committee.

“I am honored to join the distinguished members of the Academy of Fellows of The Pulse Institute in fighting poverty in Detroit,” Mogk said. “Our greatest calling is to help others in need, especially those struggling with poverty. Truly, ‘The curse of poverty has no justification in our age’, as preached by Dr. Martin Luther King, Jr.”

Mogk, recently served as a panelist on the Institute’s forum series regarding the $600 million over-taxation of Detroiters that was revealed in a recent Detroit News investigation. He previously contributed a column to The PuLSE Institute, where he proposed an abolition of property taxes as a means to prevent foreclosures and keep poor Detroiters in their homes.

In a long and venerable career, Mogk has assumed many public leadership positions, including his recent position as Chair of the Michigan Council on Labor and Economic Growth and as past Chair of Habitat for Humanity Detroit from 1999 to 2006. He has been an adviser to the state, Wayne County, and the city of Detroit on a variety of urban development initiatives, including the Michigan State Housing Development Authority and the City of Detroit Planning and Development Department. He has also served on the Detroit Board of Education, Executive Committee of the Southeast Michigan Council of Governments and Michigan Construction Code Commission. From 1974-1994 he was executive director of the Michigan Energy and Resource Research Association, a nonprofit state, university and industry scientific partnership developing renewable energy policy and projects for Michigan.

Attorney Tina M. Patterson, the president and director of research at The PuLSE Institute says Mogk is joining the Academy of Fellows at a crucial era of Detroit’s recovery.

“Professor Mogk brings a wealth of knowledge and experience to The PuLSE Institute that is unmatched in this region. His expertise on government as a purveyor of good public policy will serve a much needed role in this era of Detroit, where serious and humane policy is lacking to right the wrongs of inequality,” Patterson said. “The legal profession has been an integral part in the social justice struggles of our nation. At this stage in Detroit’s recovery, those of us in the legal profession must carry a higher responsibility and utilize our unique skills and advanced resources to once again balance the scales of justice for those on the margins of society.”

The founding of The PuLSE Institute was inspired by the writings of prominent journalist and author Bankole Thompson, whose illuminating work on economic and racial justice issues has elevated the discourse around poverty and inequality in Detroit. Thompson serves as the editor-in-chief and chair of the Academy of Fellows at the Institute.

“The Academy of Fellows is glad to welcome Professor Mogk to the anti-poverty arena. His work over the decades sets him apart as an academic who has not secluded himself to the ivory towers of higher education, but one who has applied his knowledge to the everyday issues confronting many Detroiters who are faced with the challenges of cruel inequality,” Thompson said. “The unique role that The PuLSE Institute plays is that it serves as a fiercely independent voice on issues of poverty that are largely underreported in the city and the region. It should matter to anyone with a conscience that Detroit’s poverty is real and unacceptable and something must be done about it beyond putting just a band-aid on the crisis.”