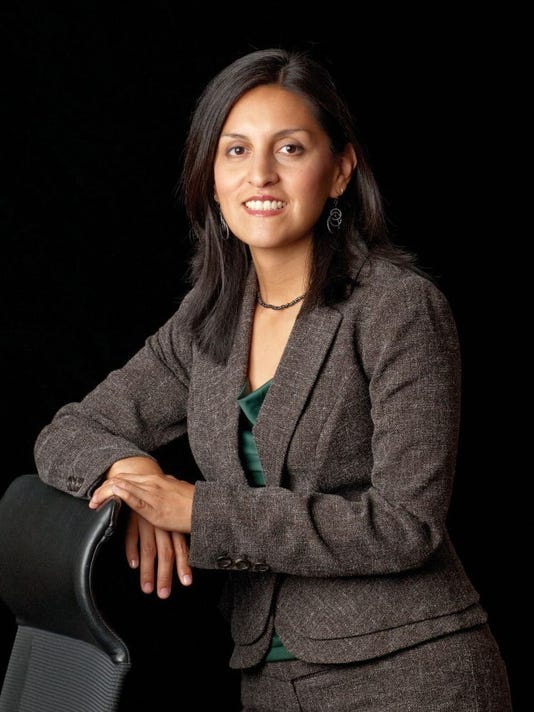 Esther J. Cepeda, a nationally syndicated columnist for The Washington Post will speak at The PuLSE Institute CEO Forum on Poverty Series on Wednesday April, 22 at the Colony Club in downtown Detroit. Cepeda, who was previously a columnist for the Chicago Sun-Times, graduated from the Medill School of Journalism at Northwestern University. She has been a Washington Post syndicated columnist since 2010. Her twice-a-week column is syndicated to over 125 media outlets, including The Dallas Morning News, Denver Post, Indianapolis Star, Las Vegas Review-Journal, NBC Latino, San Diego Union-Tribune and The Star Tribune.

The business leadership breakfast series which is focused exclusively on poverty, is the first of its kind in recent Detroit history, and regularly features a diverse range of industry captains, significant political and thought leaders discussing inequality issues facing the recovery of Detroit and the region of southeast Michigan.

The CEO Forum on Poverty Series in April titled, “2020: Detroit And The National Poverty Crisis,” will feature a range of significant voices including Cepeda speaking directly about how the poverty crisis in Detroit mirrors a national dilemma. Cepeda, one of the nation’s most prominent Latina journalists of the modern era, has been an unrelenting and a powerful voice on the issue of poverty, and has used her syndicated column to zero in on the unbearable conditions of marginalized communities across the nation.

A sought after speaker, Cepeda is among a limited group of influential national journalists who use their platforms to elevate the issues affecting America’s underserved communities. Her expertise on the burning issues of the day is sought by leading institutions. For example, she was selected as a key contributor to the Pew Research Center’s Hispanic Trends “Conversation about Identity.”

“As the preeminent anti-poverty platform in Detroit, The PuLSE Institute is forcing the issue of poverty into the corporate boardroom and beyond. This is why our CEO Forum Series has included necessary but often unheard of voices from top business executives on the need to address poverty from the apex of corporate America,” said Attorney Tina M. Patterson, president and director of research at The PuLSE Institute.

Patterson added, “The Institute now welcomes Esther Cepeda, a national media influencer, to add her voice to the anti-poverty discussion. As we kick off our 2020 CEO Forum Series, she brings a needed perspective from one of the most cherished institutions of our democracy, the press. Her insight on the issues that The PuLSE Institute cares about is crucial to understanding how Detroit fits into the national debate about fighting poverty.”

Other speakers for the April forum will be announced in the months ahead. The forum moderator is Bankole Thompson, the editor-in-chief of The PuLSE Institute. Thompson is a twice-a-week opinion columnist at The Detroit News and the host of REDLINE, a news magazine and hard-nosed commentary show on 910AM Super Station-Detroit, which airs Monday through Friday from 11am-1pm ET.

The PuLSE Institute, Detroit’s independent and non-partisan anti-poverty think tank is leading the conversation for solution-oriented policies for equitable outcomes regarding the city’s ignored and overburdened economic population. Most recently, the Institute launched an ongoing series of vital community conversations regarding the revelation of $600 million over-taxation of Detroit homeowners from 2010-2016.