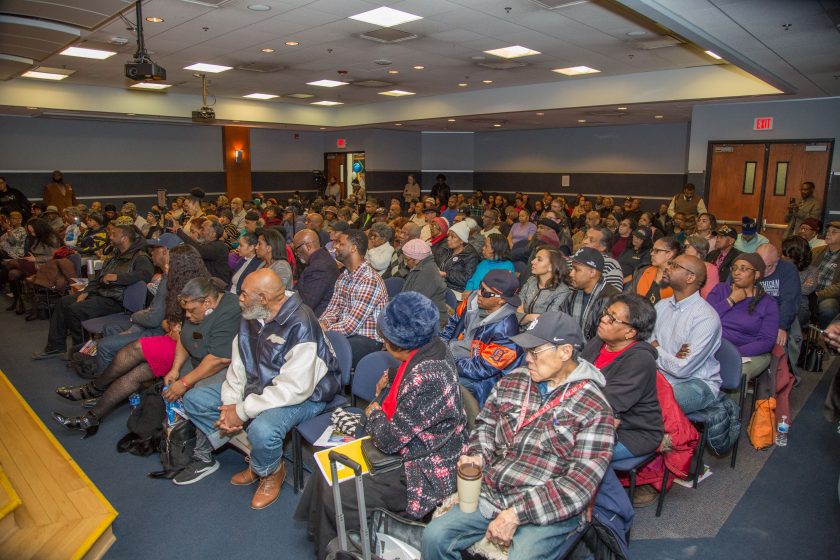 As the coronavirus dramatically changes our way of life, concern for its devastating impact on marginalized and oppressed communities that have been dealing with health inequities due to extreme poverty, is being raised by top experts in the nation. Underserved communities must not be left behind in the appropriate response to fight the pandemic.

About 500 public health, medical and legal professionals drawn from some of the nation’s leading health and legal institutions including universities dispatched a letter recently to Vice President Mike Pence, who has been  appointed by President Donald Trump last month to lead the federal government’s response to the novel coronavirus outbreak.

The letter, dated March 2, which was provided to The PuLSE Institute by Nancy Krieger, a national expert on social epidemiology and a professor of social epidemiology at the Harvard T.H. Chan School of Public Health, urged the federal government to ensure that those who are living on the margins of society are protected including the homeless. Detroit, which has a high homelessness population, and whose poverty rate of 34.5 percent represents one of the largest in the nation, reflects some of the concerns raised in the letter sent to the Trump administration.

“A successful American response to the COVID-19 pandemic must protect the health and human rights of everyone in the U.S. One of the greatest challenges ahead is to make sure that the burdens of COVID-19, and our response measures, do not fall unfairly on people in society who are vulnerable because of their economic, social, or health status,” the letter stated. “We write as experts in public health, law, and human rights, with experience in previous pandemic responses, to set forth principles and practices that should guide the efforts against COVID-19 in the US. It is essential that all institutions, public and private, address the following critical concerns through new legislation, institutional policies, leadership and spending.”

The letter calls on all federal, state and local officials to act immediately to allocate funds to ensure that necessary measures can be carried out and that basic human needs continue to be met as the epidemic unfolds.

“Mitigating the impact of COVID-19 will be costly. Uneven distribution of resources will compromise collective control efforts and lead to unnecessary suffering and death. A major emergency congressional appropriation must be made for epidemic control and signed by the President, with quick disbursement to state and local actors on the frontlines of the response. In addition, these must be new funds that do not cannibalize existing health and safety net programs, nor social service programs, which are integral to protecting the public health in the long term,” the letter noted. “The federal government and federal, local, and state agencies must minimize disruption to government activities throughout the epidemic to continue providing public services to those who need them. Government must have a coordinated plan for keeping its operations running in the event of work absences. Priority should be given to essential services and support to the public, for example ensuring that Social Security, veterans’ and other benefits are not disrupted.”

According to the letter, the increase in healthcare demand must be properly managed during this period.

“People residing in close living quarters are especially vulnerable to COVID-19 and will need special attention both to minimize transmission risk and address their healthcare needs in the context of an outbreak. These populations include those living in nursing homes or other congregate facilities; incarcerated populations in prisons, jails, and other detention facilities along with corrections officers and other personnel; the homeless living on the streets or in homeless shelters.  Other critical healthcare programs must be maintained during this crisis. People with chronic conditions depend on continuity of care to maintain their health. Whether it is dialysis for kidney disease, chemotherapy for cancer, or opioid agonist therapy for opioid use disorder, lapses in these programs can have disastrous implications for patients.”

Professor Krieger, who teaches “History, Politics and Public Health: Theories of Disease Distribution and Social Inequalities in Health,” a course that is required of all doctoral students at the Department of Social and Behavioral Sciences at the Harvard School of Public Health, said cities like Detroit that have high poverty populations must do the following in dealing with the outbreak:

Declare a state of emergency.

Keep the right to water, with no shut offs, effective throughout the state of emergency, so people have access to water to clean their hands.

Declare a moratorium on evictions during the state of emergency.

Guarantee sick pay for people who need to self-isolate at home if they are ill with Covid-19.

Ensure adequate access to sanitizers and protections against transmission for people who are in jail or in prison.

But Detroit Mayor Mike Duggan, who has already declared a state of emergency still hasn’t effectively ended the water shutoffs in the city, which has been a protracted public health issue among struggling residents. The city issued a 30-day moratorium on water shutoffs on Tuesday to coincide with the visit of former vice president and Democratic presidential candidate Joe Biden, who has been endorsed by the mayor. But water department officials so far have only been able to restore just 73 of the 2800 homes that are without water.

Gary Brown, a former head of the Detroit Police Internal Affairs Unit and was also a member of the Detroit City Council, is currently the head of the Detroit Water and Sewerage Department. He has presided over water shutoffs in the city by serving as Duggan’s point man defending the controversial shutoffs sometimes at community meetings.

Under the “Coronavirus Water Restart Plan,” Detroit is requiring poor residents to pay $25 a month to have their water restored after the 30-day moratorium ends, instead of suspending all shutoffs throughout the duration of the entire outbreak.

In a recent interview, Georges C. Benjamin, the executive director of the American Public Health Association told Undefeated that African Americans are at a higher risk for the coronavirus.

“I think the biggest challenge is the fact that people of color, African Americans, start out with health outcomes that are disproportionately poor when compared to white Americans. The highest risk, if you get this disease, is to someone 60 or older with chronic disease. With African Americans, you start with a population that is disproportionately sicker, and if it gets exposed, it will have a higher death rate,” Benjamin said.

That reality rings a bell in Detroit, which is the largest black city in the nation.

Bankole Thompson is the editor-in-chief of The PuLSE Institute. He is a twice-a-week opinion columnist at The Detroit News where his column appears on Mondays and Thursdays. He is the host of REDLINE, a news magazine and hard-nosed commentary show on 910AM Super Station-Detroit, which airs Monday through Friday from 11am-1pm EST.