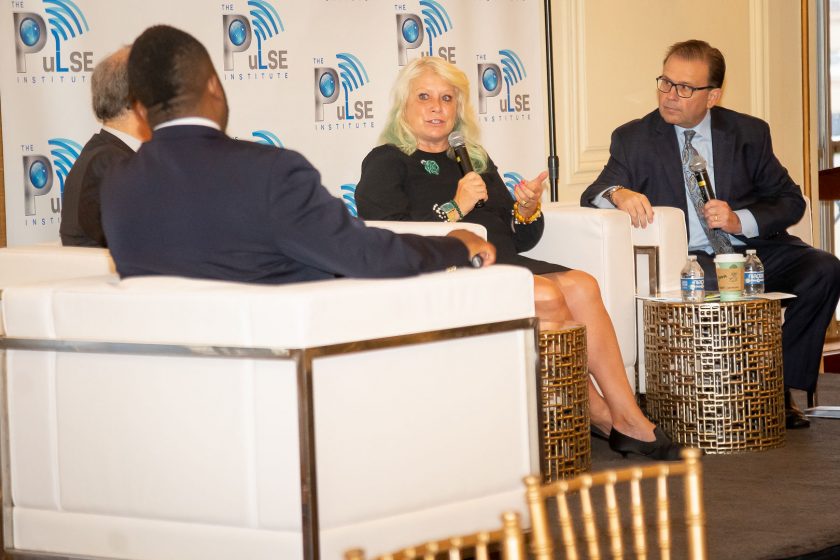 Editor’s Note: Cynthia J. Pasky is the president and CEO of Strategic Staffing Solutions, an international IT staffing company headquartered in Detroit. One of the most influential business leaders in southeast Michigan, Pasky, chairs the Downtown Detroit Partnership and is among a handful of women CEOs in the state. She has been recognized nationally as a business pacesetter. She is a member of Business Leaders for Michigan Board of Directors, and is past chair of the Detroit Regional Chamber Board of Directors. In this column written for The PuLSE Institute, Detroit’s independent anti-poverty think tank, Pasky says much is at stake for Detroit schoolchildren and urges Gov. Gretchen Whitmer to settle the right to literacy case. For submission inquiries contact Bankole Thompson, the editor-in-chief of the Institute at info@thepulseinstitute.org

We respectfully urge Governor Gretchen Whitmer to accept and comply with the U.S. Sixth Circuit Court of Appeals ruling last month that access to literacy is a fundamental right protected by the Constitution.

We hope that she will uphold the comments she made in 2018 when our students lost their case in the U.S. District Court against then Governor Rick Snyder. Then, lending her support to the students, Whitmer, who was running for governor at the time said she believed “every child in this state has a Constitutional right to literacy.” We heartily agree. Please stand by those words today and reach a settlement. So much is at stake.

Education has long been a cornerstone to individuals’ success, providing a solid footing on which to grow, develop and become a productive member of our society. In a country with so much opportunity, no one should be left behind or denied that foundation.

Looking closer to home, Detroit’s future is fundamentally bound to the education and success of its youngest residents. As we have all worked for years toward a stronger, brighter future for our city, we intend for every person to have a share in that success. When everyone succeeds, the entire city thrives.

Without an adequate education, however, people aren’t prepared for the workforce that Detroit needs. They will miss out on opportunities for a better life, and as this pandemic has painfully underscored, they will continue to fall further behind in all benchmarks of prosperity such as healthcare, housing, and income.

Detroit Public Schools Community District has made progress toward improvement. We fully support DPSCD Superintendent Dr. Nikolai Vitti since he took office in 2017. His efforts in just three years, arguably described as herculean, have ranged from improving academics, teacher pay to budgeting. We believe those efforts are beginning to bear fruit.

Beyond academics, the district needs funds to make fixes to leaky roofs, heating and cooling systems and many other problems. In a painful catch-22, the district faces prohibitively high interest rates on borrowing without state support. However, the state won’t support new debt until the district pays off hundreds of millions of legacy debt.

While the Detroit Public Schools Community District has come a long way in three years, there’s much more to do and Vitti is the first to admit that.

They do deserve more. One of the plaintiffs named in Gary B. v. Whitmer, Jamarria Hall, now 20, graduated at the top of his class. But he struggled when he entered community college and was put on academic probation. He is now working with a tutor to improve his skills. The lawsuit cites advanced high school reading groups working at a fourth-grade level. Students are being churned out in graduation ceremonies every year woefully unprepared for higher education and the workforce, although the overwhelming majority of students want to continue their education and earn a better life.

Detroit’s business community has not been sitting idly by while thousands of students are failed by a broken system each year. They have poured millions of dollars into improving conditions and learning opportunities. Most recently – just days before the new ruling, in fact – an effort led by business and community leaders raised funds to provide a tablet and six months of free wireless internet access to every child in the Detroit Public Schools Community District. The first tablets should be delivered in June.

Strategic Staffing Solutions joins many other businesses in Detroit whose philanthropic budgets are dedicated to education. Each year, S3 donates more than $2 million to community projects and organizations that promote learning and development.

The moral obligation to our students aside, Michigan taxpayers are being shortchanged as well. Michigan’s fiscal year 2020 funding for K-12 education is roughly $15 billion. According to the Center for Budget and Policy Priorities, 26% of our tax dollars are earmarked for K-12 education. From a purely consumer-driven standpoint, we are paying for a service that is not being delivered equally. In the private sector, a business that operated this way would not be in business for long.

Finally, there is the question of legal obligation. The only greater court in our country than the U.S. Sixth Circuit Court of Appeals is the U.S. Supreme Court. The Sixth Circuit Court of Appeals has been comprised of  some of this country’s greatest legal minds, Judge Damon J. Keith prominently among them. Judge Keith, who was the senior judge on the Sixth Circuit Court as we know, was a civil rights giant who fiercely advocated for equal education. His 1971 landmark decision and one of the first of its kind in the north, ordered the bussing of about 10,000 of 24,000 public school students to desegregate schools in Pontiac. It also should not be lost on anyone that Judge Keith was the founding chairman of Reading Works in Detroit, an organization dedicated to helping Detroiters develop the foundational skills required for good jobs and career advancement.

Regardless of whether or not Gov. Whitmer agrees that she and her office are the right parties to this lawsuit, the U.S. Sixth Circuit Court of Appeals has spoken. The second highest court in the land has ruled in favor of these plaintiffs and indeed, Detroit schools. They have a Constitutional right to literacy, and we are obligated to obey its ruling.

The Detroit Public Schools Community District and Detroit leaders are doing their part. Now more than ever, the State must do its part too. It is now up to the Gov. Whitmer to stand by what she promised Detroit kids during her campaign.