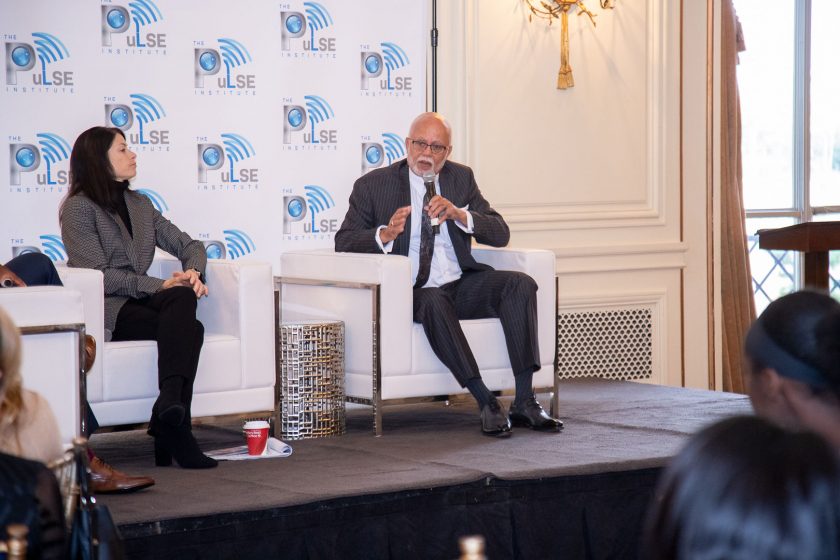 Editor’s Note: Wayne County Executive Warren Evans was elected in 2014 as the fourth CEO of Michigan’s largest county which is home to 34 cities and nine townships. It is also ranked the 19th most populous county in the nation. Evans was one of the first key African American supporters of Democratic Gov. Gretchen Whitmer during a time when the gubernatorial candidate had little or no name recognition in Detroit, the largest Democratic base and majority black city. When candidate Whitmer was nowhere close to becoming the 49th governor of the state and desperately seeking support among prominent black elected officials, Evans came to her rescue and took the future governor to virtually every urban city in the state. Now Evans is perturbed by Whitmer’s continued fight against the Detroit kids’ right to literacy case and contradicting her own campaign promise. The CEO of Wayne County where Detroit Public Schools Community District is located wants the governor to back off Detroit kids and settle the right to literacy case right away.  For submission inquiries contact Bankole Thompson, the editor-in-chief of The PuLSE Institute at info@thepulseinstitute.org.

Upon assuming Michigan’s highest office, Governor Gretchen Whitmer inherited the so-called “Right to Literacy” lawsuit, Gary B v Whitmer.  The plaintiffs are a group of current and former students at five of the lowest performing schools in the Detroit Public Schools Community District (DPSCD).  They assert the U.S. Constitution grants a fundamental right to an education that at the very least provides students the ability to read.

Unfortunately, former Gov. Rick Snyder and then Attorney General Bill Schuette, the original defendants, argued, much to my chagrin, that there is no fundamental right to a basic education, and even if there was, it is the local school district’s responsibility to provide it.  The trial judge agreed there was no right to a basic education and dismissed the students’ case.  Fortunately, the U.S. Sixth Circuit Court of Appeals disagreed with the trial court.  Judge Eric Clay, appointed to the bench by former President Bill Clinton, bravely authored the majority opinion recognizing a constitutional right to a basic education and sent the case back to the trial court for further proceedings.  His colleague, Judge Jane Stranch, who was appointed by former President Barack Obama, joined in the opinion.  A recent President Donald Trump appointee, Judge Eric Murphy, dissented.

The students allege the state failed them through lower teacher qualifications, inadequate education materials, and deplorable facilities.  They claim high turnover rates and unfilled vacancies in their schools result in classrooms being taught by inexperienced, uncertified, and unqualified instructors.

For example, in one of the plaintiffs’ schools, a majority of the teachers were in their first year of teaching.  A paraprofessional (paraprofessionals do not have the title of teacher but are generally employed to assist a certified teacher in a classroom) who was tasked with teaching a middle school science course admitted that she didn’t understand the material well enough to lead the class.  And in the most extreme example one can imagine, an 8th grade student was made to teach math to other 7th and 8th graders for a month because of teacher vacancies.  Additionally, the students allege the state treats them differently than any other district in the state by allowing uncertified teachers to teach in Detroit schools.

As if the overreliance on uncertified teachers was not enough, the educational materials provided in the students’ schools were also inadequate.  They allege there were not enough textbooks for students to take home to study and instances when multiple students had to share the same book.  And when books were available, they were outdated or too worn to be of any real educational value.  Like many teachers throughout DPSCD, committed teachers were forced to go into their own pockets to purchase basic supplies like pens, pencils and paper for their students.

The students documented the deplorable conditions in their schools.  Their complaint contains pictures of roaches, mice, leaky roofs and other horrific failures.  They described temperatures as high as 110 degrees in one classroom, and near freezing in others.  Alarmingly, the students assert that during the 2015-16 school year not a single Detroit public school building was in compliance with city health codes.

These conditions have contributed to abysmal educational outcomes in the students’ schools.  In one elementary school only 4.2% of third graders tested proficient in the state’s English assessment compared to 46% statewide.  The numbers for high schools are not much better with only 12.5% of eleventh graders in one high school testing as proficient compared with the 42.9% across the state.  Far too few of the students in Plaintiffs’ schools are being prepared for college.  No more than 12.5% of students in the high schools referenced in the complaint achieve scores designating them as being prepared to function academically in college.

I find the students’ arguments to be incredibly persuasive.  More importantly, Judge Clay found them credible enough to reverse the lower court’s decision.  His opinion masterfully traverses decades of prior U.S. Supreme Court’s decisions and ends precisely where it should – with a recognition that the right to a basic education “is foundational to our system of self-governance.”

Now that the case is going forward in the trial court, Gov. Whitmer has a decision to make about how the state will respond.  Because the Sixth Circuit’s decision was made by a panel of three judges instead of the full Sixth Circuit, the state has 14 days to request a rehearing en banc.  As of now it appears that the governor has rightly decided not to do so.  However, she should go further and openly affirm that all students have a right to a quality education. The rationale couldn’t be simpler. The hallmark of a progressive, competitive and fundamentally fair state is the educational competency of its citizens. Even the trial court and the dissent in the  Sixth Circuit Court of Appeals acknowledge the state’s role in the provision of primary education to all of Michigan’s children, and even more directly in Detroit through the imposition of receivership and the negative outcomes that came as a result.

I was an early and ardent supporter of Gov. Whitmer, and I believe that she understands education is the gateway for all people, but especially students of color, to have a reasonable chance of participating as full citizens in our democracy.  Without the ability to read one cannot vote, file taxes, actively take part in one’s own medical care, gain significant employment, or and start a business.  These activities are the cornerstone of participatory citizenship.

The past few months have laid bare the life and death consequences of racial inequities in our society.  African-Americans have gotten sick with and died disproportionately from COVID-19.  Depriving students of the fundamental right to education will have the same catastrophic impact on our community if those in power do not step up and address the situation honestly and with courage.

The governor should stop fighting this lawsuit now and instead enter into meaningful discussions with plaintiffs and policy experts on how to address the problems cited by the students.  By doing so she will breathe life into the fundamental right to education now recognized by the U.S. Sixth Circuit Court of Appeals.  Some will argue that our present economic challenges should cause us to walk timidly, if at all, in this direction.  I believe that our current circumstances only make the necessity of ensuring a basic education for all of our citizens more important than ever.

It’s time for the governor to demonstrate that being committed to correcting educational deficiencies in this state begins with strong support for basic literacy and enhanced opportunities for those who need them most. To do otherwise is mere “window dressing.” The disparities in this state definitely are not limited to healthcare and COVID-19. With a guaranteed basic education even the current pandemic would be better understood and supported by the citizens. Don’t fight what is right.