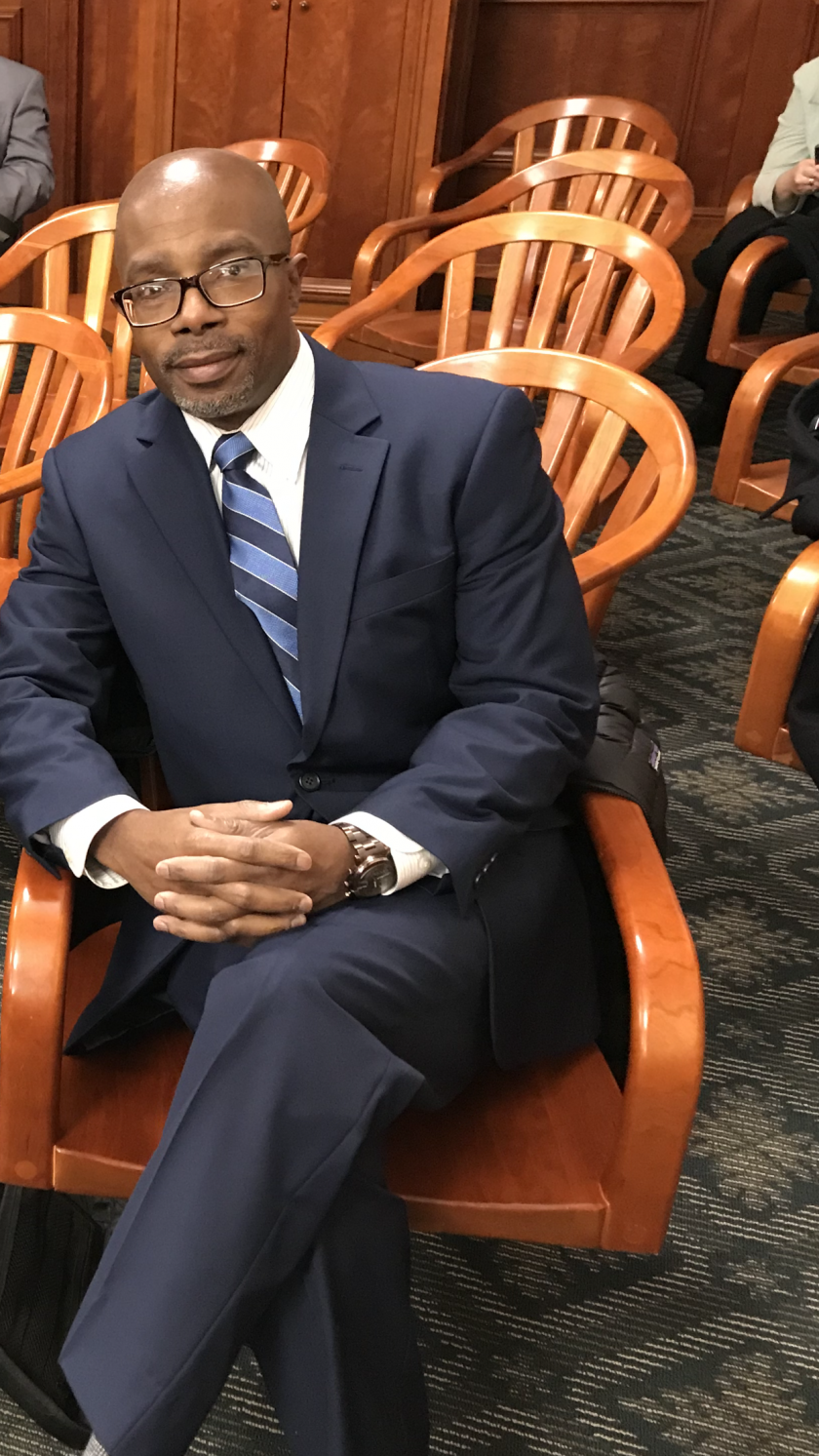 Editor’s Note: Detroiter Darrell Siggers went to prison when he was 20 for the 1984 murder of James Montgomery. He spent 34 years in prison before he was declared innocent of the crime. After he was found to be wrongfully convicted for a crime he did not commit, Siggers was released in 2018. His attorney Wolfgang Mueller has filed a lawsuit against former Detroit police detective Joseph Alex, who is now a lawyer, and Detroit Crime Lab technician Claude Houseworth. His lawyer is alleging that the two fabricated evidence that sent Siggers to prison for decades.

With COVID-19 ravaging prisoners in the Michigan Department of Corrections, Siggers gives an insider’s view into why prisons are deadly for the spread of viruses. His column underscores the need for Gov. Gretchen Whitmer to release all prisoners who are vulnerable to the coronavirus pandemic. For submission inquiries contact Bankole Thompson, the editor-in-chief of The PuLSE Institute at info@thepulseinstitute.org

By Darrell A. Siggers

I don’t need to tell you that COVID-19 is having a devastating effect on people all over the world. For those in prison, it has proven to be an inescapable death sentence, particularly in Michigan, which reportedly has the highest number of prisoners who have tested positive for the virus.  It is extremely contagious and more lethal than any virus we have encountered in recent times.

The devastation, heartache, suffering and pain are unbelievable.  With all our technology, human resources and freedom, there is no protection from COVID-19.  Imagine for a moment if you were in prison, where it is far worse; what would you do?

I know it is easy to say to yourself that prisoners deserve whatever happens to them; that they should not have committed a crime to go to prison, so it’s their own fault. Maybe that is partly true; however, I spent 34 years in prison, and can tell you from firsthand experience that it’s not that simple. When judges sentence men and women to prison, the fundamental principle is that they will become reformed and someday return to society as productive citizens, not die under horrid conditions that are worse than the death penalty.

William Garrison, an inmate who was about to be released within months died of coronavirus. He could not practice social distancing. The medical professionals all say we must practice “social distancing,” but you cannot practice social distancing in prison. In many Michigan prisons, men and women are housed in open dormitory settings and live only a few feet apart. We shared a joint bathroom, sinks, toilets, water fountains, tables, chairs, and other facilities, which is how and why so many prisoners are suffering from COVID-19 today. Prisoners are forced to sit and eat together within inches.

When one inmate catches the flu it spreads and affects almost everyone, including prison staff, and becomes inescapable. And when prisoners begin to recover, they are re-infected by other prisoners, so it becomes a perpetual cycle of compounded and inescapable suffering, sickness and sometimes death.

After being exonerated and proven innocent, I was released in 2018 with the assistance of the Wayne County Prosecutors’ Conviction Integrity Unit. If I had not been blessed to get my conviction dismissed, I may have suffered the death penalty of COVID-19, like so many other men and women in prison. When I came home, I immediately created a company called Access Plus to reach back and help incarcerated men and women.

As a result, I correspond with prisoners in all Michigan prisons. For example, over 791 prisoners have contracted the coronavirus out of the 1,438 that were tested at Lakeland Correctional Facility and 14 have died. Prisons are like an incubator for viruses.  The question is, what can be done about this? For the last 10 years prior to my release, every fall, some kind of virus would spread throughout the entire prison system.

In 2009, we suffered through the H1N1 pandemic, which blew through Michigan prisons like a wildfire. And with each passing year the viruses got worse. The hope is that with each crisis, prison officials would learn preventative measures and effectuate best practices to combat these viruses. When these viruses hit us, prison officials would simply stop all non-prison staff from entering the prison and we would be locked in our cells and given ineffective cleaning agents.

Most prisons have over a thousand prisoners, approximately six cell blocks with between 250 – 270 prisoners in each. When these viruses hit, they take a tremendous toll on the prison population. The majority suffer from diarrhea, body aches and fever, while throwing up.  It is horrible. And for the old, frail and those with pre-existing conditions, it ravages them mercilessly. We were completely helpless and at the mercy of staff, many of whom were suffering from the virus themselves. The only difference was that they were allowed to go home and obtain medical care. The same is occurring now.

Our Constitution requires that incarcerated men and women be accorded adequate healthcare and certain protections. However, obtaining medical treatment during these pandemics is next to impossible. Prison medical care is controlled by a privatized company contracted by the state. These companies don’t generally act to prevent healthcare crisis. There are normally  2 or 3 medical staff available for over a thousand prisoners at each prison and their responses are almost always untimely and grossly inadequate.

Do you think prisoners are provided respirators?

When judges sentence men and women to prison, it should not be a death sentence. Correctional facilities are supposed to correct, not kill. Since these viruses are seasonal, with each passing season, lessons should be learned and common sense preventative measures implemented before these viruses hit. Prisoners don’t have a choice in their medical care and are at the mercy of those who are paid to care for them.

With the high rate of sugar diabetes and high blood pressure in Michigan prisons, these pre-existing conditions, along with other ailments, cause prisoners to become more susceptible to these viruses. The primary contributing factor is the very poor quality of food prisoners are forced to eat, which arguably does not meet the minimum daily nutritional requirements.  One of the privatized food services companies contracted by the state to serve meals to Michigan prisons found contaminants in the food.

Although this particular company is no longer contracted to provide prison meals, the quality of food currently being served is virtually the same. When I left prison the health care and food we received was horrible and it hasn’t changed.  Although I was a prisoner, I was still a citizen under our Constitution, as are the men and women in our prisons.  A concerted effort should be made to serve our incarcerated men and women better food because in the long run we all benefit.  Better food produces better physical and mental health results and reduces the medical care cost to taxpayers and risks to our communities.

This is a teachable moment for us all.  This virus has revealed some serious deficiencies in our prison system which can be corrected, especially now that we are aware of them.

Nelson Mandela once said, “No one truly knows a nation until one has been inside its jails. A nation should not be judged by how it treats its highest citizens but its lowest ones.” I know we are all being affected by COVID-19, but should men and women suffer more simply because they are prisoners? Should we do better because we know better?