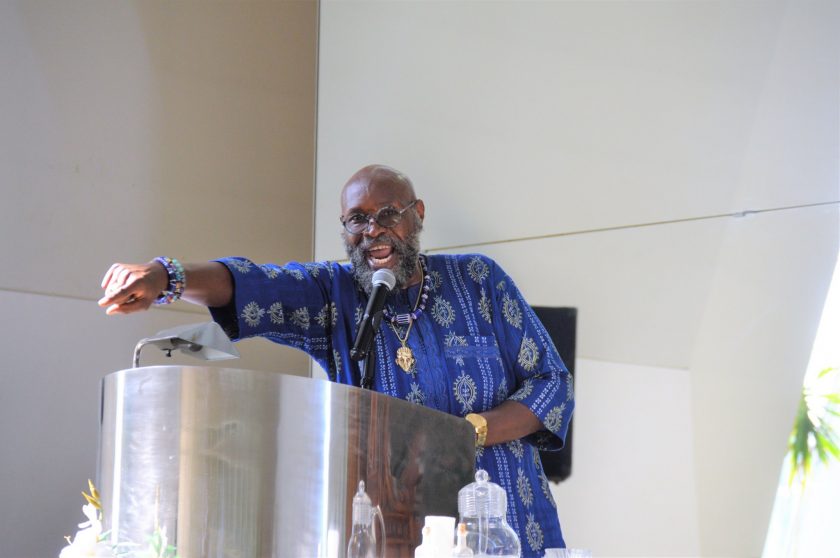 In this special Juneteenth anniversary column, Foster lays out the expectations and issues that should be championed in the 2021 Detroit mayor’s race. Assuming the historic role of the independent black church, who put matters of racial equality and economic justice over political expediency, Foster represents the missing and distinctive voice of the black church that once was an anchor of social justice by holding political power accountable. For submission inquiries contact Bankole Thompson, the editor-in-chief of The PuLSE Institute at info@thepulseinstitute.org.

Tipping point…precipice…fulcrum…flashpoint…inflection point…point of no return. Whatever we wish to call this transformative period in which we find ourselves, we are here. 1619 introduced the chattel enslavement of Africans in the southern colonies of what would be later called the United States of America. 1860 introduced the American Civil War to decide if this nation would be half-free and half-enslaved.

1863 introduced a nearly 13 year period of what some historians call the “Radical Reconstruction” of this nation with the imposition of troops in the former southern confederacy to allocate land, provide resources, establish educational institutions, ensure the franchise (the vote) for the freedmen, and to quell the hotspots of racial intimidation and violence perpetrated by the vanquished southern states.

From 1877-1954 African Americans received the backlash of the white ruling establishment in both the south and the north of this country through legalized segregation which was both separate and unequal.  Through indefatigable efforts and a few allies, we pressured this nation to inaugurate a second reconstruction (1954-1968) which, among other initiatives, ended legalized segregation, ensured voting rights for female and male African Americans and launched “a war on poverty.”

For every action, the law of physics requires an equal and opposite reaction. Thus has been our struggle on the road to physical, economic and political emancipation in this yet to be “land of the free and the home of the brave.”

Each of these epochal periods required moral leadership with fresh vision. That is why each season was led primarily by young people, who were not limited by the status quo’s lack of vision, whether from within the community or from the wider society. This does not mean that there is no historical recognition or appreciation for the contributions of the past but it does mean that “New occasions teach new duties; time makes ancient good uncouth…” to coin a phrase of a Christian hymn, “Once to Every Man and Nation.”

Many of us over 40 did not believe those younger than us were paying attention to the signs of the time. We thought the overwhelming majority of our young sisters and brothers were detached from the issues of life. Many of us thought that their disaffection with this nation and the degradation of this planet rendered them apathetic.

However, as the murders of George Floyd, Breonna Taylor, Ahmaud Arbery, Dominique “Rem’mie” Fells, Riah Milton, Rayshard Brooks, Oluwatoyin Salua and others too numerous to mention reveal, they have been paying more attention than many of us and they are unwilling to wait for anyone, including us, to get ourselves together to do something about the 401 years of state sanctioned mistreatment of African Americans.  And they have multi-racial, intersectional allies.

Risking health and well-being, young people took to the streets of America and around the globe during the coronavirus pandemic to decry police brutality and systemic racial injustice.  They have discovered that their persistence, even in the face of local and state police, the National Guard and the military is pushing this nation to do what normal politics cannot do – that is to change.  We can only imagine what will happen when they vote in November, 2020.

My task in brief is to look over the horizon to the 2021 mayoral election in the City of Detroit and suggest what it might take to truly move this city toward the fulfillment of its promise. First, defeating poverty and the attending challenges attached to it (e.g., homelessness, the lack of affordable housing, food and water insecurity, unemployment, lack of adequate healthcare-including mental health, substandard public education), must be a part of every conversation and deliberation of a new mayoral administration. Anyone who comes our way to do business must know that this city means business about leaving no one behind, period. The citizens of this City must demand of its servant-leadership such accountability.

Second, one who would preside over the affairs of this city must seek to make whole those who maintained their homes in spite of the over-taxation of residential properties from 2010 to 2016, as has been uncovered. Those who lost their homes in this scandal must be compensated as well.

Third, the mayor must set the tone to demilitarize the police department and transform it into a guardian force, not a combatant occupying army. Officers should live in the city where they work. Further, extremist elements that have insinuated themselves within the ranks of the Detroit Police Department must be exposed and rooted out of the ranks, never to work again in law enforcement anywhere in America.

Fourth, the mayor must know that accountability and criticism come with the office. A mayor who is fearful of the people she or he serves is not worthy of the mantle.  As recent events have revealed, there are great progressive ideas in the streets and well as in the suites.  Currently, the streets are driving positive corporate and governmental change.  The mayor must not just look to traditional leadership but must look beyond it to forge a progressive and innovative path. The masses of Detroiters are weary of the five to ten usual suspects that purport to speak for the rest of us.  They do not.

Finally, systemic racism has no place in Detroit. While anyone with the qualifications, passion, competence and love for all people is entitled to submit themselves for mayoral consideration, the very notion that we should have a white person lead this city because other white persons will not do business with or relocate to the city if we have “someone else” is in itself the height of racial arrogance. Such privilege needs to die.

The NFL thought they would do just fine without Colin Kaepernick, for example, because “he was bad for business.” Now the tables have turned. It is high time that we have frank conversations about forging a future together and celebrating authentic leadership – leadership that unifies all segments of our city – not leadership that maintains privilege and control.

The “Help Wanted” sign is posted for Mayor of Detroit in 2021. In the paraphrased words of Black Lives Matter co-founder Alicia Garza, “Only the bold and brave need apply.” As you contemplate your entry in the race, remember, our young people are not going away and they will be in your face.