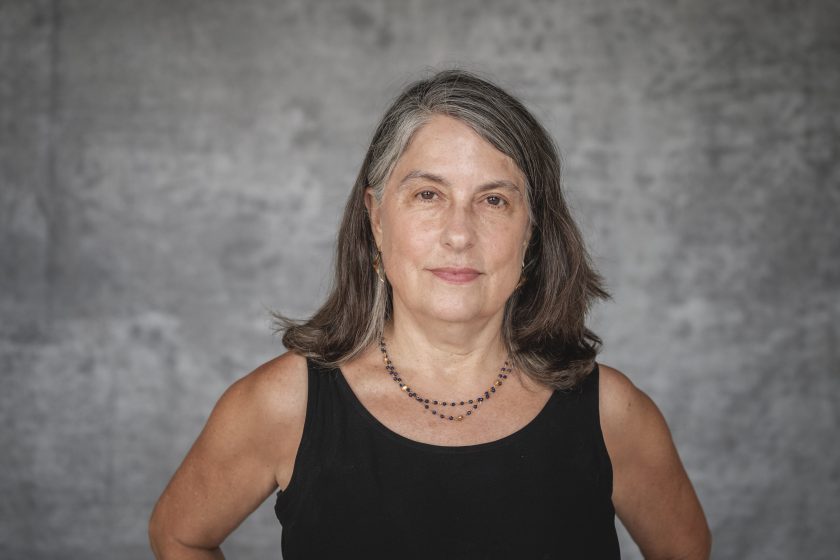 The PuLSE Literacy Circle, an online author conversation and Q&A series devoted to promoting critical literature that represents a diverse cultural landscape, begins on Thursday, October, 15,  4-5:30pm EST with historian and author Dr. Beryl Satter, Professor of History at Rutgers University. She will discuss her book, Family Properties: How the Struggle Over Race and Real Estate Transformed Chicago and Urban America, which is about the dreadful story of the naked economic and racist exploitation of African Americans in the Chicago housing market during the 1950s and early 1960s.

Satter tells our editor-in-chief Bankole Thompson in this PuLSE OutLOOK why the book is important to the economic justice fight playing out in urban cities like Detroit to ensure that Black people can gain economic empowerment.  To register for the zoom forum and engage the author visit: https://www.eventbrite.com/e/pulse-literary-circle-keynote-with-top-historian-author-dr-beryl-satter-tickets-122776801719 and purchase the book here.

PULSE OUTLOOK: Why did you write the book?

BERYL SATTER: Family Properties was the product of my curiosity about my father, attorney Mark J. Satter, who died in 1965, when I was six years old. I discovered that in the 1950s and early 1960s, my father had fought a vicious real estate practice in which speculators purchased properties from whites fleeing racially “changing” areas at close to market value. The speculators then sold these properties to Blacks at double to quadruple market value.

Worse, they sold these overpriced properties “on contract,” that is, on an installment plan. Installment contracts specified that if the buyer missed one monthly payment, they would lose the property. Because the properties were sold at grossly inflated prices, the changes of a buyer missing a payment and losing the property were high.

African Americans had no choice but to buy on contract because banks and savings and loans “redlined,” or refused to give African Americans mortgage loans regardless of their credit history. My father estimated that eighty-five percent of Black homebuyers in Chicago bought their properties “on contract,” and that the practice was extracting $1 million dollars a day from Black Chicagoans (close to $8 million a day in today’s money). The scale of exploitation was so immense that I knew I had to write about it.

PULSE OUTLOOK: What is the thrust of the book?

BERYL SATTER: The book describes the ways that predatory lending drained Black wealth and damaged Black Chicago communities.  In 1950s Chicago, the median income of Black and white residents was fairly close.  However, white Chicagoans had access to governmental programs (such as Federal Housing Administration-backed insurance on mortgages) that enabled them to buy new suburban properties that dramatically increased in value over the decades. Black Chicagoans were shut out of such programs (and out of suburbs in general).  Within the city, they were subjected to viciously predatory loans that drained instead of built their wealth.  This is fundamental to understanding the shocking disparities between Black and white wealth that persist to this day.

PULSE OUTLOOK: Do you feel this book speaks to the state of urban America today?

BERYL SATTER: Yes, because many of the practices I wrote about have returned in an even more vicious form.  Banks continue to refuse to loan to Black Americans, or loan to them on more onerous terms.  Contract selling is back, with mark-ups that are more extreme than ever.

PULSE OUTLOOK: What has been the reaction of the book in Chicago where it is set? ·  What have you heard from readers who read the book since you wrote it?

BERYL SATTER: I am answering these two questions together, since it’s only through readers’ responses that I get a sense of the reaction to the book.  It’s hard to know for sure, but I believe that Chicago readers have found it illuminating.  White Chicagoans have written to tell me that although they lived in the midst of these practices, until reading my book they had no idea about the shady banking and real estate practices that were behind the decay of majority Black communities.  Black Chicagoans have written to tell me that the book gave them a new understanding of the struggles their parents and grandparents went through. I’ve also heard from relatives of some of the slumlords I write about in the book.  Some write to defend their family members.  Others try to understand their own experiences of their family members in light of what they learned about their business practices from my book.  A few tell me that these men’s behavior was even worse than I described.

Jack Macnamara, an organizer I wrote about in Family Properties, passed away in September at the age of 83.  He worked until days before his death on “Restitution Homes,” a plan to make restitution to Black Chicago communities that were systematically drained of housing wealth.  Here’s a quote from an article describing their plan to

“create a Restitution Fund and raise more than $1 billion in voluntary contributions from individuals, corporations, foundations and religious organizations, and to obtain commitments from banks to provide mortgages at below market interest rates. Restitution Homes plans to use the funds to make restitution to Chicago’s black communities and others who have been taken advantage of through contract selling and to revitalize the community areas where contract selling occurred, including by selling livable houses at below market values to “plundered and oppressed” families of any origin; financing these homes at below market interest rates; providing newly constructed and affordable restoration of older homes; providing Restitution Vouchers to families to keep the homes “affordable,” defined as keeping monthly payments for housing at or below 25% of the buyer’s gross monthly income; and providing restitution for descendants of contract buyers.”  (Larry Gavin, “Group Lays Out Restitution Plan for Contract Selling in Chicago,” Evanston Roundtable, November 13, 2019)

PULSE OUTLOOK: How difficult was it to chronicle your father’s life and his civil rights work in this book?

BERYL SATTER: I had heard bits and pieces about my father’s work throughout my childhood. It was wonderful to have the opportunity to fully dig into this history and learn about all the important work that he did.  My brother, Paul Satter, had saved many of my father’s letters and speeches as well as newspaper clippings about his work.  I used these documents to find many more in various archives.  Because I’m a historian, I knew how to use archives to find information. I also interviewed scores of people who had known my father.  Eventually I was able to piece together the story of the main crusades that he engaged in over the last decade of his life, from 1955 until 1965.

PULSE OUTLOOK: What are the three important takeaways from the book?

BERYL SATTER: All Americans need to understand the ways that racist practices on the part of both governmental agencies and private financial institutions have prevented Black Americans from building wealth in the same way that most white Americans have built wealth – through property ownership.

-Black Americans will not achieve economic equality as long as they continue to be subjected to credit discrimination.

-People can and must work together within and across communities in order to 1) challenge racist narratives that blame the victims of discrimination for the conditions they face, and 2) change institutional practices in governmental and private industries that continue to damage Black Americans in particular, and working -class Americans in general (credit discrimination, but also other dangers including job discrimination and practices that hold down wages and weaken unions).