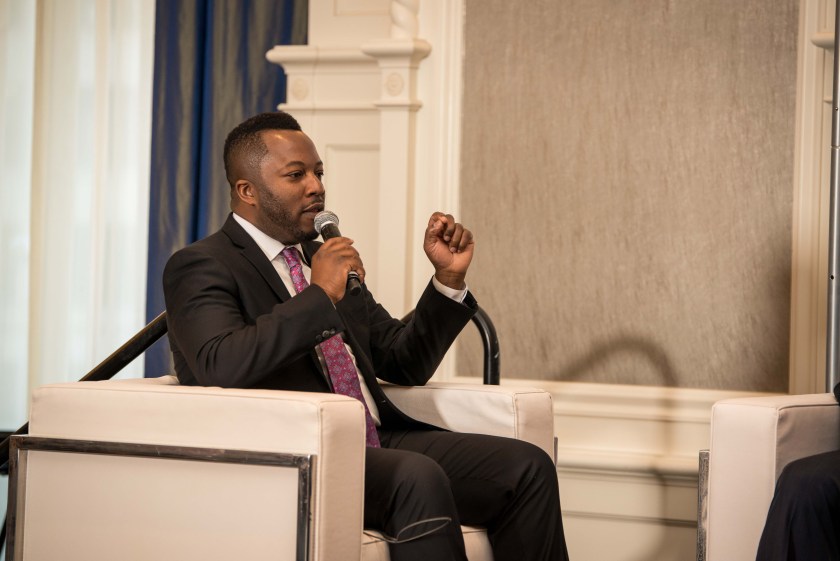 Bankole Thompson, editor-in-chief and dean of The PuLSE Institute, and a twice-a-week opinion columnist at The Detroit News, has accepted the invitation of The Daily Princetonian, Princeton University’s daily independent student newspaper, to appear on its speaker series forum on October 5 to discuss the franchise of opinion journalism and “demystifying the opinion field” before aspiring journalists at the Ivy League university. The columnist will discuss his work, how he determines subjects to write about, and how he deals with reactions to his work and its impact in society.

Founded in 1876, the Daily Princetonian is among the oldest college newspapers in the nation with a staff of 200 undergraduate students. The newspaper prides itself as an entity that is “Dedicated to serving Princetonians past, present, and future through transparent, accurate, and empathetic reporting.”

The paper adds, “In this spirit, we aim to forge connections among those invested in the Princeton community, no matter who they are and where they are.”

Its invitation to Thompson, a noted journalist and culture critic, is coming at a time when opinion journalism is rapidly becoming central in shaping the future of journalism and democracy.

An article published by the University of Wisconsin-Madison Center for Journalism Ethics underscored the significance of opinion journalism: “Indeed, opinion journalism fulfills many functions in American journalism and democracy. Though research on opinion journalism is limited, scholars have suggested that opinion journalists help to evaluate, contextualize and explain the news in ways traditional news reporters may not have the capacity to do. Without opinion journalism, people lose a resource that helps them make sense of what is happening in the world, their country and their community.”

Thompson’s column, which appears Mondays and Thursdays in the News, is often biting, direct and forcefully challenges both Democratic and Republican political leadership on a wide range of issues from economic justice, police brutality and civil rights to the most pressing issues of the day.

In a 2020 CNN interview with network anchor and chief national correspondent, John King, Thompson defended a column he wrote about then Democratic presidential nominee Joe Biden, explaining why Biden must choose a Black woman as his vice president or risk losing support from the Black electorate. King called it a “tough column” as Biden was nearing the end of his search for a vice presidential candidate.

During the presidential campaign, he wrote columns emphasizing the need for the candidates to focus on issues of poverty and inequality that are ravaging urban centers like Detroit, one of the nation’s largest Black cities. On a joint panel on CNN with David Axelrod, former senior advisor to President Barack Obama, Thompson called the Motor City “ground zero of the urban crisis,” as the panel weighed in on Michigan as a battleground state.

Following the historic guilty verdict rendered in the death of George Floyd in April of this year, Thompson wrote the front page column in the News explaining why the decision was monumental to the overall push for reform in policing as well as correcting the fault lines of the criminal justice system.

Days after George Floyd died, Thompson was featured in an interview with De Standaard, the leading Dutch-language newspaper in Brussels, the home of the European Union, where he discussed the death of Floyd and what it means for the administration of justice in America and for cities that have seen incessant Black Lives Matter protests.

His public service opinion journalism hasn’t gone unnoticed from the highest levels of the nation’s civil rights establishment. In 2018, famed civil rights leader, the Reverend Jesse Jackson and the Rainbow PUSH Coalition honored Thompson with the “Let Freedom Ring Journalism Award,” during Jackson’s annual Martin Luther King Jr. Day celebration in Detroit. He was recognized for his poignant writings that put the spotlight on poverty and racial justice issues.

A longtime Detroit journalist who previously served as a reporter and editor of the city’s two Black newspapers, Thompson has conducted exclusive sit-down interviews with Barack Obama and wrote a pair of books on the former president. He joined The Detroit News opinion page in 2015 at the invitation of the late News publisher and editor Jon Wolman. Thompson often recalls a lunch meeting with Wolman at Selden Standard restaurant in Midtown where the former nationally respected journalism leader, who once served as executive editor of the Associated Press in New York, told him, “Your voice is needed on the pages of The Detroit News.”

Thompson is often invited to share his perspectives on a wide range of issues shaping the body politic before diverse audiences. Last year, he delivered the closing keynote address at the 20th Dr. William G. Anderson Slavery to Freedom: An American Odyssey Lecture Series at Michigan State University. His speech, “Black Lamentations: The Redemptive Need for Healing in American Democracy,” touched on the crucial role that Black opinion columnists play in the mainstream media in tackling issues that are routinely ignored or downplayed.  Previous speakers of the Slavery to Freedom series include the late Congressman and civil rights hero John Lewis, author and scholar Michael Eric Dyson, activist and civil rights statesman Harry Belafonte and Dr. Evelyn Higginbotham, chair of the History Department at Harvard University.

In 2011, he was the keynote speaker for the NAACP 98th Freedom Fund Dinner in Providence, Rhode Island. The following year, he was invited to give the keynote address at the American Jewish Committee (AJC) annual distinguished leadership dinner at the Townsend Hotel in Birmingham, Michigan.

The strong appeal of his work led the University of Michigan Bentley Historical Library six years ago to request to establish the “Bankole Thompson Papers,” a comprehensive physical and digital collection to document his work for posterity, and to make it available to students and scholars studying Detroit and Michigan history. The Bentley, a first depository, is the home to the papers of every Michigan governor.

“Our nation’s history shows that the movement for social change always begins on college campuses and student newspapers are critical in that effort because they are driven to offer needed critical and independent viewpoints and perspectives. That’s why I’m looking forward to engaging with Princeton University students about the all-important franchise of opinion journalism, how it is done and why it matters especially given all the issues we are dealing with,” Thompson said of the invitation to speak at The Daily Princetonian forum in October.