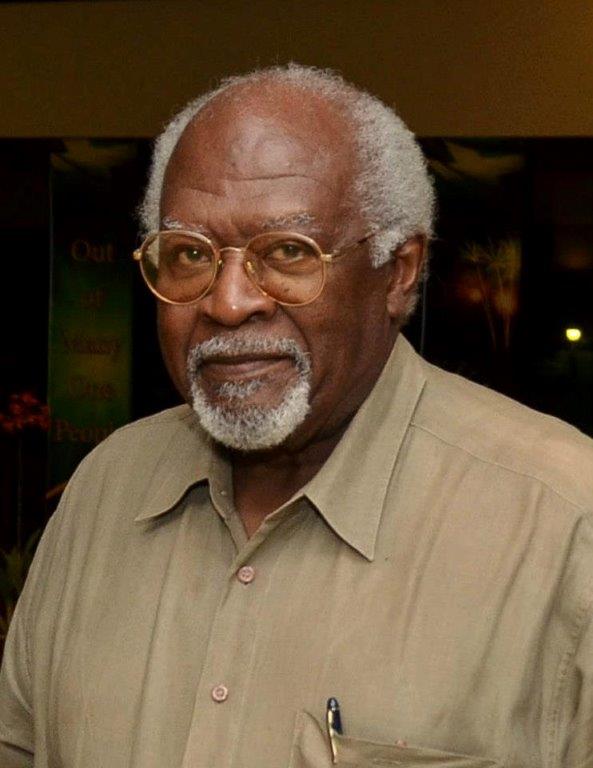 Dr. Julius Garvey, an accomplished surgeon and the youngest son of Marcus Mosiah Garvey, the father of the 20th century Black freedom struggle, has accepted the invitation of The PuLSE Institute to deliver a keynote address on the legacy of his father, his philosophical impact on the modern day Black Lives Matter movement, and the importance of the @Justice4Garvey initiative, which is asking for a full posthumous exoneration of Garvey by President Joe Biden.

Dr. Garvey will speak at The PuLSE Institute’s virtual forum on Thursday, September 16, 4-6pm EST. The forum is free and open to the public and registration tickets can be obtained here (https://www.eventbrite.com/e/dr-julius-garvey-son-of-marcus-mosiah-garvey-to-keynote-pulse-forum-tickets-168354120707).

Marcus Garvey’s indelible work on the need for Blacks all over the world to develop a new level of consciousness about their worth and dignity laid the foundation for the Civil Rights Movement.

Marcus Garvey, one of the most charismatic Black leaders in the world, who founded the Universal Negro Improvement Association (UNIA) in 1914 with a membership that reached 5 million members in 40 nations by 1921, as well as the Black Star Line Steamship Corp, a shipping company, was convicted of mail fraud in 1923 and sent back to his native Jamaica and never allowed to return to the United States.

Since then, many including historians have contended that the case against Garvey was trumped up charges made during a time when Black leaders, such as the Reverend Martin Luther King Jr., were under constant surveillance by authorities and criminal justice system used to target them and their allies who were calling for the dismantling of Jim Crow.

The effort to pardon Garvey began gathering steam when it was launched during the administration of former President Barack Obama, after Dr. Garvey enlisted the support of prominent Washington D.C. law firm, Akin Gump Strauss Hauer & Feld LLP. An official pardon request was filed in June of 2016 with the U.S. Department of Justice’s Office of the Pardon Attorney without much success.

“The trial was simply unfair,” Tony Pierce, litigation partner at Akin Gump Strauss Hauer & Feld told The Undefeated. “After his commutation, nine of the 12 jurors who voted to convict him supported the petition to have his sentence commuted. Calvin Coolidge’s own attorney general wrote Coolidge and said he believed that the facts underlying Garvey’s conviction had been overstated — that Garvey’s victims never believed he had defrauded them and saw his imprisonment as discriminatory and oppressive acts on the part of the government.”

Justin Hansford, a law professor at Howard University Law School and the director of the Thurgood Marshall Civil Rights Center, who clerked for the late Detroit federal judge and civil rights hero Damon J. Keith, argued in a 2009 Georgetown University Law Review article that pardoning Garvey is not without precedent.

“Such an act would not be without precedent. The first posthumous pardon in the United States was granted in 1999 by President Bill Clinton when he posthumously pardoned Henry O. Flipper. Flipper was born into slavery and became the first Black American cadet to graduate from West Point,” Hansford wrote. “Flipper was charged with embezzling Army funds, although he steadfastly maintained that he had been framed. Although he was acquitted of those charges, he was still court-martialed and dishonorably discharged in 1881 for ‘conduct unbecoming an officer.’ Clinton’s posthumous pardon restored Flipper’s good name and dignity, two possessions that remain invaluable to a person even after death. Similarly, by exonerating Garvey, the U.S. government can take an important step towards healing the wound of indignity that has been inflicted on Garvey’s family, and indeed on the Black community as a whole.”

At The PuLSE Institute, Dr. Garvey will discuss how his father’s monumental legacy inspired the movement for self-determination in the Black community as well as the Harlem Renaissance and the need for President Biden to grant pardon to a historical figure like Garvey, who had influence on some of the greatest African American leaders who shaped the Civil Rights Movement.

For example, Dr. King visited Garvey’s grave in Jamaica in 1965 and laid a wreath to honor his tremendous legacy of birthing ideas of empowerment that would serve as an impetus to the Civil Rights Movement.

In Jamaica King described Garvey as the “first man of color in the history of the United States to lead and develop a mass movement. He was the first man, on a mass scale and level, to give millions of Negroes a sense of dignity and destiny and make the Negro feel that he was somebody.”

Civil rights lawyer Charles Hamilton Houston, the man who is credited for creating the legal strategies to defeat Jim Crow, also invited Garvey to speak to him and fellow Black law students at Harvard University Law School during a luncheon organized to welcome the architect of the Black freedom struggle.

“Thank you for inviting me to address The PuLSE Institute in Detroit. I am grateful for the opportunity to talk about the achievements of my father, Marcus Mosiah Garvey, and the Justice4Garvey effort which is an initiative seeking a full exoneration of him by asking President Biden to grant a posthumous Presidential pardon,” said Dr. Julius Garvey. “It is imperative we clear his name to insure his important legacy which had a positive impact on so many leaders including Martin Luther King, Jr,  Malcolm X, Kwame Nkrumah, Nelson Mandela, and so many others. I appreciate the chance to talk about Marcus Garvey, answer your questions and share how the Detroit community can join us in asking President Biden to exonerate Marcus Garvey.”

Attorney Tina M. Patterson, the president and director of research at The PuLSE Institute hailed the forum as an opportunity to discuss issues of critical importance to the advancement of the Black community.

“Marcus Garvey was one of the most consequential figures in the global struggle for Black liberation. His influence reached the Black world in Africa, the Caribbean, and the United States, and his philosophy of self-reliance and racial pride in our African heritage is still embraced in the Black world today,” Patterson said. “At The PuLSE Institute, it is our honor to welcome his son, Dr. Julius Garvey, to speak about the life and legacy of his father, and the importance of crafting the true narrative of freedom fighters such as Garvey, who were often ridiculed and targeted to weaken their tremendous influence and efforts to uplift oppressed communities.”

Bankole Thompson, the editor-in-chief and dean of The PuLSE Institute, whose illuminating and influential work on issues of poverty and inequality led to the founding of the Institute in 2018, will serve as the forum moderator.

“Marcus Garvey was the forerunner of the Black Lives Matter movement,” Thompson said. “His footprint remains large and indelible in the overall quest for racial and economic justice for the global Black world. That is why this forum is important to hear directly from his son Dr. Julius Garvey.”

Reverend Solomon Kinloch, the senior pastor of Detroit’s Triumph Church, one of the largest and fastest growing Black churches in the nation, will deliver the opening remarks at the event and underscore the significance of Detroit as a place that inspired Black political thought and activism.

A national independent anti-poverty think tank headquartered in Detroit, The PuLSE Institute, has a National Advisory Panel made up of leaders and thinkers who are invested in the fight against global poverty, inequality and racial injustice. They include Dr. Arun Gandhi, grandson of Mahatma Gandhi, Dr. Bernard Lafayette, National Coordinator of the 1968 Poor People’s Campaign under civil rights leader the Rev. Martin Luther King Jr., Bishop Charles E. Blake, presiding Bishop Emeritus of the Church of God in Christ Inc., the largest Black Christian denomination in the country with a membership of 6.5 million, Robert Weiner, former White House spokesman, former presidential diarist Janis F. Kearney,  Sister Simone Campbell, a leading anti-poverty crusader in the American Catholic community among others.

Most recently, Minnesota Attorney General Keith Ellison, who presided over the George Floyd murder trial delivered a major keynote address followed by a Q&A session at the Institute about criminal justice reform and the need to fulfill the dream of Dr. King.

Other notable speakers who appeared at the Institute include Federal Bankruptcy Judge Mark Randon, who spoke about poverty and the U.S. bankruptcy court system as well as Dr. Natalia Kanem, the United Nations Under-Secretary General and Executive Director of UNFPA, the UN Reproductive Agency, who delivered a keynote address on women, poverty and the coronavirus pandemic.