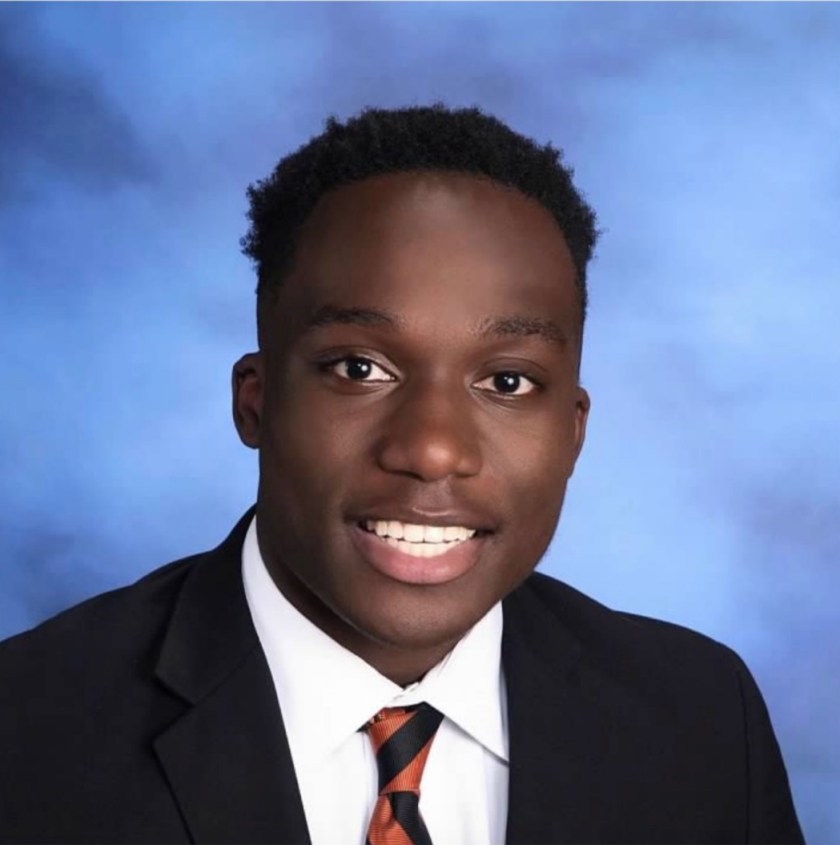 Udodi Onwuzurike, a member of the prestigious Junior Fellows Program at The PuLSE Institute, Detroit’s national anti-poverty think tank, recently made his debut on the global stage where he captured the 200m Gold Medal at the World Athletics U20 Championships in Nairobi, Kenya. Dubbed as Michigan’s fastest high school sprinter in the modern history of the state, Onwuzurike, will be studying this fall at Stanford University, setting the next phase of a remarkably impressive academic and athletic journey at the Ivy League University in California.

An outgoing senior at Brother Rice High School in Bloomfield Hills, Onwuzurike, who plans to study economics at Stanford University, joined the Junior Fellows Program of The PuLSE Institute in 2020, where he has been focusing on issues of inequality and the role that emerging leaders can play in addressing poverty.

At the Institute, Onwuzurike, who has demonstrated a conviction for social justice causes participated in leadership development training programs. He contributed to the debate around the need for celebrities to use their social capital to address the unacceptable levels of poverty that is endemic in underserved communities.

“Being a PuLSE Institute Junior Fellow has had a tremendous impact on my life,” Onwuzurike said. “The Junior Fellowship has not only helped me academically but instilled life skills in me that I will carry on forever. Heading to Stanford, I am confident I can conquer anything through the support of my family and God’s unconditional grace.”

Bankole Thompson, a nationally renowned journalist who is the editor-in-chief and dean of The PuLSE Institute directs the Institute’s Academy of Fellows, of which the Junior Fellows Program is a part of. Thompson who is a twice-a-week opinion columnist at The Detroit News said Onwuzurike represents hope for the future.

“Since his enrollment in the Junior Fellows program, Udodi has shown himself to be an individual who has an incredible capacity for empathy and concern for those who are underprivileged. We spoke a lot at our training sessions about the need for those with gifts and talents to be a source of hope and support for those with need. His tenacious desire to reckon with the issues of inequality especially in the era of this pandemic gives me great confidence that he will be an example of a change agent for his generation,” said Thompson, who conducts the training sessions for the Institute’s youth leadership development fellowship. “Stanford University is lucky to have him and we are glad that one of the Institute’s young ambassadors is set to leave an important mark on society for the greater good.”

Tina M. Patterson, Esq, the president and director of research at The PuLSE Institute, said Onwuzurike is an example of the work the Institute does in empowering the next generation of anti-poverty champions.

“The PuLSE Institute is extremely proud of Udodi for his Gold Medal at the World Athletic Championship, and furthermore, his acceptance to Stanford University. His brilliance shines in all his endeavors, and we are confident that his talents will yield even greater rewards,” Patterson said. “Most importantly, we know his genius and commitment to fighting inequality will help shape our shared vision of a more just and equitable world.”

Headquartered in Detroit, The PuLSE Institute, has a National Advisory Panel made up of leaders and thinkers who are invested in the fight against global poverty, inequality and racial injustice. Collectively they bring more than a century of anti-poverty work to the Institute. They include Dr. Arun Gandhi, grandson of Mahatma Gandhi, Dr. Bernard Lafayette, National Coordinator of the 1968 Poor People’s Campaign under civil rights leader the Rev. Martin Luther King Jr., Bishop Charles E. Blake, presiding Bishop Emeritus of the Church of God in Christ Inc., the largest Black Christian denomination in the country with a membership of 6.5 million, Robert Weiner, former White House spokesman, former presidential diarist Janis F. Kearney,  Sister Simone Campbell, a leading anti-poverty crusader in the American Catholic community among others.